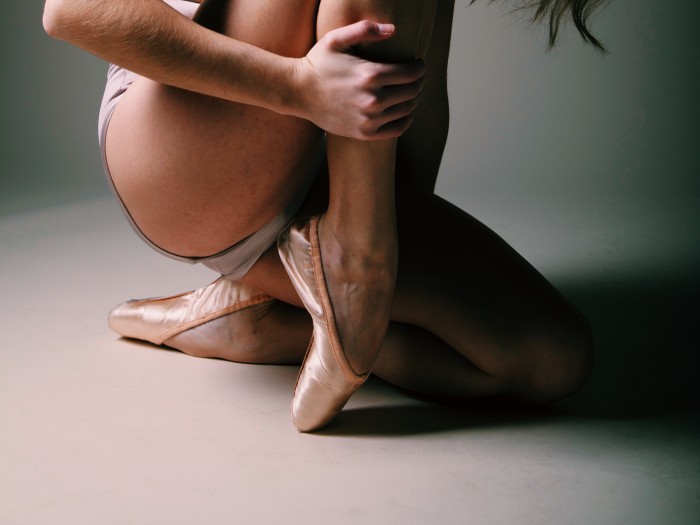 There are only few years of my life in which I wasn’t dancing. Those years took place from birth to age two-and-a-half.

What started as a fun thing to do at preschool soon became my entire life. Eventually, I got the chance to train pre-professionally.

And I guess you can say the rest is history.

You can also say the rest is complicated.

Truth be told, most of my full-time dancing years are a bit blurry. More recently, during the final years of my formal training and education, I was hardly ever happy: my body was falling apart, my mental state was on the constant brink of collapse, I felt entirely unsupported and the future looked absolutely meaningless.

Without getting into too much detail about that, suffice it to say dancing is not an easy career path to follow in the first place, and this is all the more true when met with resistance from seemingly every direction. Considering that this was the life I knew from my early adolescence onward, when training became more serious and absolutely crucial, I essentially lived a fight.

I was never not battling something or someone.

I told myself I’d just be more perfect than anyone could have imagined, that I’d show them I didn’t need them anyway, that I could do this alone because look at me, I’m tough as nails.

Nostalgia often has me flipping through old pictures and videos and it tells me to miss that girl, the one who spent every waking moment (and every sleeping moment, for that matter) pressing and fighting and climbing towards some obscure goal of absolute perfection, immaculate beauty incarnate.

But in recent months, I’ve come to a more realistic realization: that girl was not happy.

It’s not that she didn’t appreciate the privilege that allowed her to live that kind of life, but her gratitude was often trumped by the constant striving and fighting.

Nothing was ever enough.

She was never enough.

And this very feeling made her hateful and bitter about things—especially herself. Her lack of talent. Her unglamorous exertion which refused to culminate in victory. Her demanding nature. Her borderline ugliness. Her apparent plainness. Her disinterest in anything but succeeding, though it seemed that was the one thing she could never do.

Only now can I look back at that girl and see how talented and beautiful she actually was—even using the same standards to which she held herself then.

She had no idea.

She had no idea. She knew only the pain of striving for and falling short of what I wish she had known she already embodied: existential beauty.

Neither did she realize that there were moments of joy scattered throughout that pain. There were breaths of fresh air and eyes aglow and moments when things clicked into place. There were solid landings and epic flights, phrases in which the love and passion for her art shone through her skin. I can’t remember if she said “thank you” for those moments, but luckily I say it for her now.

I say it all the time.

And so it strikes me that nostalgia is a bit of a liar, but not entirely. Some of it is mere retrospect, making sense of the parts I missed before, reconciling the would-haves, should-haves and could-haves despite the fact that they’ll never change.

I can, though. I can change. And I have changed.

That’s why I can see that girl’s sadness enough to understand it. That’s how I can feel the joy through which she’d fought so harshly. That’s what reminds me that she and I are still very much the same.

Things could have been quite different now if they had gone better then.

But we’ve decided it only matters that we remember just enough to move on. To gain clarity. To see.

To feel it again so that we can feel it differently.

And we do. We feel the memory of the fight and the pain woven into even the greatest triumphs, we feel the struggle that didn’t have to be, the fight we thought we’d lost. We feel it all and we feel it all so differently now.

After all, we’re older. One of us is a sharp-edged girl of the past while the other is a woman both softened and resilient by the nature of time and turmoil, by coming to terms with herself for herself. One of us is young, the other, renewed. One of us is forgiven, the other, forgiving.

One recounts every regret, the other, every joy within those regrets.

She had no idea what she’d encounter or who she’d become, but I’ve gotten to know her better. I’ve done the work she didn’t know she had to do.

And so dancing has changed for me once again.

In letting those changes take root in what’s been renewed, I’ve found space for the joy that was there before, but had been tossed aside.

Above all else, I’ve found a way to let it stay.