Say It Loud! I’m a Writer and I’m Proud! 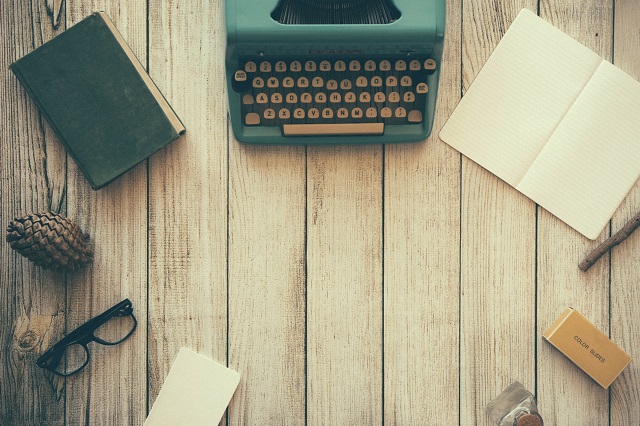 Like an alcoholic who’s been in denial for years before attending an AA meeting, I recently stood before a group of my fellow entrepreneurs and declared, this is who I truly am.

Why have I always found it so difficult to make this public declaration?

Recently I came across folders full of short stories and essays I had written BC (before computers). They were all typewritten. (I’d bet money a lot of people reading this, haven’t ever actually seen a typewriter.)

I was 67 years old when I first became a published writer. I’ve been a writer all my life but only on a couple of occasions have I ever tried to get anything published.

I’m not shy. I’m verbally outspoken—some might say opinionated and I won’t deny that. I’m passionate about the social justice, environmental and political issues that are important to me. And believe me, I have a lot to say.

Of course, I could use the classic, “life gets in the way” excuse. There is that. I was a single mother and college student at 21 years old and first and foremost, I had to provide for myself, and my child. I put writing out of my mind for many years.

Yet when I started writing again in my forties I couldn’t bring myself to submit anything for publication. I never told anyone I was a writer. I was a Realtor, a yoga teacher, a meditation teacher, a runner, a cyclist—but not a writer.

Writing requires discipline and I wasn’t a disciplined writer. I wrote in spurts. A short story here, an essay there—whenever the mood hit me. I also didn’t associate with other writers, go to writers’ conferences, join a writers’ group or go to author events. I was an island unto myself. Yes, it is true—writing is a solitary endeavor—to a point.

I have set some fairly daunting goals for myself and met them. I ran a marathon at 50, cycled from Raleigh, NC to Washington, DC at 55 and at 65, I cycled from New York City to Washington, DC. I even wrote a novel in 30 days and raised $5,000 for charity doing it. But I still wasn’t able to claim my authenticity as a writer.

So what happened? What changed and allowed me, when asked, “what do you do?” to say, “I’m a writer, a yoga teacher and a Realtor.” I’m a writer first.

Well, a couple of years ago I decided that I wasn’t going to be a “woulda, coulda, shoulda” kind of old person when it came to writing. I don’t recommend you wait as long as I did to make this decision.

I decided that my novel Omission was good enough to be published and that I would do whatever it took to make that happen. I decided I needed to do two things—hire a professional editor to edit the novel and get something published somewhere.

I finally began to take my writing seriously. And I decided I was worthy to call myself a writer.

Several books have helped me to embrace my authenticity as a writer, and to make me a more disciplined and focused writer. I highly recommend them.

There are some practical things that anyone who wants to be a writer must do.

You have to read. Whatever kind of writer you want to be, you need to read that kind of writing.

Be in the company of writers. Join a writers group. Go to writers’ conferences and literary festivals.

You have to write. Write something every day. Take writing classes offered in your community. You don’t need an MFA, but we all have to learn our craft somehow. There are lots of online writing sites with prompts and exercises.

At 67, when I became probably the oldest ever intern in the Elephant Academy program, I embarked on a journey that I highly recommend. The program was infinitely helpful in honing my non-fiction writing skills, as well as focusing and disciplining my writing.

Where am I now on this writing journey? So far one New York literary agent has rejected my novel. But the fact that I got the novel into the hands of a prominent literary agent is huge and I am not deterred. And I’ve had 25 articles published in elephant journal since last May.

So it’s never too late, but don’t wait. Take it from me. This is what’s called the wisdom of elders. If you believe yourself to be a writer, then own it and do whatever it takes to make it happen.