The Art of Continuing. 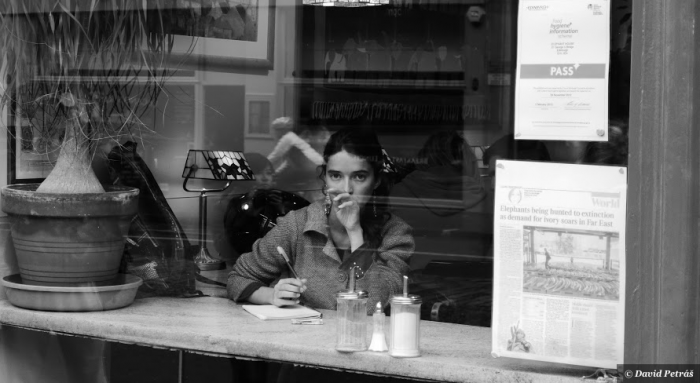 Confession: I like to keep a handwritten journal, but sometimes I go months without touching it.

(I know, go ahead and tell me I’m a bad writer-yogi-walker-of-the-spiritual-path for failing to keep the sacred promise of self-reflection.)

In my defense, it’s fair to say that I don’t always write my self-reflections, though they’re almost always happening—if not on a conscious level, most certainly on a deeper one. It’s just how I live. It’s what moves me. And I truly couldn’t go about the world in any other way. Perhaps that’s why I don’t always feel the need to write it all down: this is simply how I function, so there are times when writing it could be a bit much.

But I’ve recently picked up my journal again, and so naturally I flipped through its roughened pages to peruse some random entries from however many months ago. Some parts were such unfiltered streams of consciousness that I could hardly understand their takeaways and others were more anecdotal, though the majority were straight up diary entries recording events and associated feelings, inevitably broadening into universal truths.

Upon returning to this half-filled book of my own words and recollections, my initial reaction was this: I should start keeping a journal again, but I can’t do it in this one. I need to start over. To start fresh.

The truth is that every time I come back to my journal, my first instinct is to trash the old and begin a new one to take up the daily practice again. Every single time, I feel so strongly that I should tear up and burn the pages of the former—as though it never belonged to me, but to a person I was before, someone with whom I no longer identify—so that I can start fresh in a new journal filled only with blankness and unblemished potential, showing no signs of that previous someone.

And normally, that’s exactly what I do.

Symbolically speaking, it’s often seen as a good thing—releasing and moving on from past stuff, choosing to start anew, opening ourselves up to the pristine vastness of the future. And I don’t exactly disagree with that; I love the concept of new beginnings. I love the idea that we can be reborn over and over again despite whatever precedes each and every rebirth. Hell, I have a lotus tattooed on my wrist. I’m all about this clean slate thing.

But when I caught myself wanting to chuck my old journal and replace it with a new one simply because I felt crowded by my past self, if you will, I wondered if doing so would only contribute to a less-than-authentic perception of what “starting fresh” really means.

In other words, I suddenly found myself doubting that a rebirth had much to do with throwing away and burning the evidence of a past, but rather that it had more to do with the way this evidence of a past informed the workings of the present and so the future. Ridding myself of this journal and everything in it would not only deny myself crucial parts of what’s shaped me (hint: it’s all crucial), but it would also destroy the information it carries. It would disregard that which can and should give way to the next thing, the next piece of the process that is living.

So I asked these questions with a new sense of doubt that I had any semblance of their answers: How can I start over without a clean slate? How can I create without destroying? How can I become without denying who I’ve been?

Loaded questions, I know. But then I wondered if maybe the answers weren’t as complicated as I’d imagined, if perhaps they were simple and obvious and easy to find—albeit likely more difficult to practice—if only I would turn my gaze slightly one way or another to see them.

And so I turned a little bit. Just enough. And I thought that maybe the answers are in the art of continuing.

Continuing instead of burning the evidence of a past or running away to start over or answering fear with a nod and a heavy bow out, an abrupt escape to perceived ease. Maybe continuing is saying no to the path of least resistance—not to cause undue suffering, but to harness the growing pains that catalyze change.

Maybe continuing is picking up that old journal and reigniting a practice on the next empty page, even though the words preceding feel foreign and false now. Maybe continuing is understanding that at one point, those words were the truest ones we could write—that our experience is always true, even after it changes.

And maybe starting fresh doesn’t mean setting fire to the old. Maybe all we need is to turn the page of that same journal, with that same awareness of pages past, and realize that this act alone speaks dedication enough to begin anew.