Think You Have “No Time” to Be Creative? 5 Tips to Get the Juices Flowing (Again). 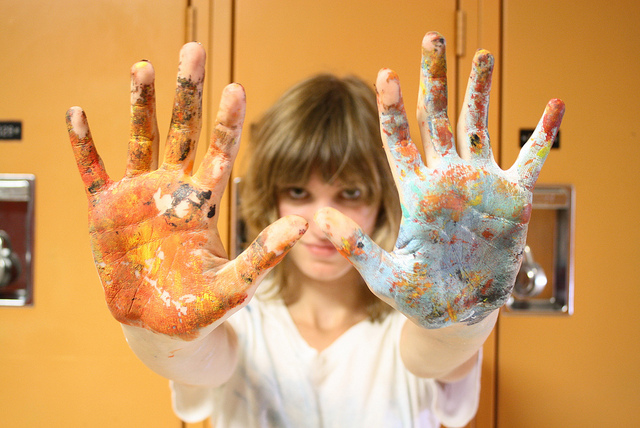 When I tell people that I’m a writer, the most common response I get is: Oh, that is so great! I’d love to be a writer. I used to write, but I don’t have the time now.

I’ve heard that response so often that it got me wondering: Why is it that so many people feel they don’t have the creative lives they would like to have? What does it mean that people don’t have time?

The New York Times recently published an interesting article about the ways in which people perceive themselves as being overly busy. It cites the December Gallup poll which found that 61 percent of working Americans report not having time to do the things they want.

61 percent. That is a high percent of people reporting they don’t have time to do the things they want to do.

But even for those people who live with the biggest stresses of our economic system and our individuated lifestyles—the stresses of living in a world in which the community does not come together to support those in need—there is still, over the course of a life, time for creativity.

Think of the great songs that came out of slavery, out of sailors working long hours on boats. Often when people’s spirits are most in danger of being crushed by oppression, great creative expression finds a way out. Our creativity, after all, is our life-force, and to keep it in is like trying to keep water in a narrow tube: after a while, it will find a way out.

If we step back, this makes sense:

Our schooling, our upbringing, our society have subtly told us in 1,000 ways that our personal expression is not really valued; it is better to do as we are told.

We have somehow subtly been sold the idea that our creativity, our personal expression, is a luxury, a privilege, an act of self-indulgence. But “Poetry,” Audre Lorde famously said, “is not a luxury.”

And she is right.

And why would that be? Is it an act of self-indulgence for the tree to put out new leaves and flowers in the spring? Or to grow fruit?

And when we give space for our creativity we are not only making space for our sweetness, but also for our truth, which also carries suffering and pain and has the power to open new doors not only for ourselves, but for others as well.

Our creativity has the incredible power to disrupt our habitual lives, to unsettle old habits, to question ingrained beliefs, to push systems toward change.

It’s no wonder that the institutions of our society—which after all are conservative forces, interested in perpetuating their own existence—does not foster our creativity.

But our individual, human birthright is to be a creative being.

What happens to your sense of self, to your full potential, if you buy the idea that you don’t have the time to do what you really want to be doing?

At the end of your life will you regret not having given voice to yourself?

Writing a poem can take only five or ten minutes. Singing in the shower takes no time and all and can develop into a great song.

Can you find that five or ten minutes?

What makes a poem happen is not more time. It is the author’s openness to and belief in the value of his or her own creativity.

If you walk around closed to your creativity, you will never write a poem. But if you are open to your creativity and open to the world around you, you might find yourself suddenly available to a poem that is being written by—and maybe through—you. And five minutes later, you may have a poem.

Keats famously scribbled his “Ode to A Nightingale,” some argue the greatest single poem in the English language, on a napkin in a café.

What if Keats had had the idea that he, a poor orphaned doctor, didn’t have time for his own creativity?

1) Ask yourself why you hold the idea that you don’t have time for your creativity.

2) Ask yourself what it would be like to value your own voice.

3) Spend some time reading poetry—or reading the kinds of literature that excites you. Good writing always comes from good reading.

4) Permit yourself to sit down ten minutes a day and scribble away.

5) Don’t judge your product. Give your voice time to come out of hiding and develop. Even Keats wrote some pretty bad poems, after all.

On a final note: The punch line of the New York Times article was that even though most Americans consider themselves too busy to do what they want, when people really keep track of time, they usually find that they have more free time than they realize.

If you prioritize your creativity and put that first, you just may be surprised to find that you have plenty of time for it! 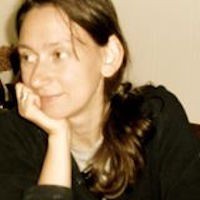