A Spirituality Equal to the Climate Challenge. 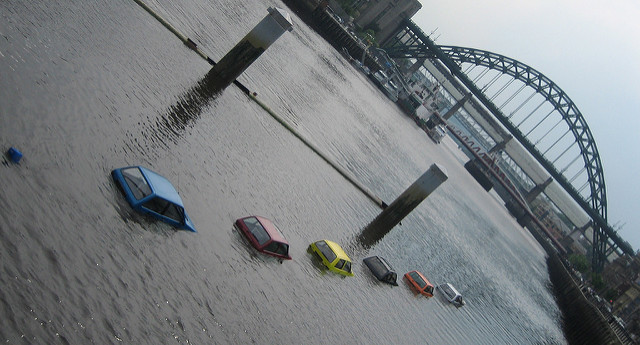 There is something miraculous in the earth’s biosphere. Somehow, this vast expanse of oceanic and atmospheric systems subsists, with its immense forests, breathing to the rhythm of the seasons, synched to the chemistry of the skies, pulsing with life, packed with fallen matter, bursting and blooming to the systole and diastole of the earth’s beating heart.

Immanuel Kant described the terrifying wonder that accompanies such works as sublime. The sublime begins where the mind can go no further and thus breaks down in terror and awe. It is the sense of wonder felt gazing into a surging sea or contemplating the firmament of a clear night sky.

There is something sublime about climate change. Arguably the most knotty challenge humanity has yet to confront, the science is so complex that from its beginnings in the mid-twentieth century, it drove the need for greater computing power, first in the mapping of weather, later in the modeling of climate.

Climate change will impact virtually every river, forest, and species in the world. Minimizing and adapting to its impacts will bring changes to virtually every major human institution. We will need to change the places we live, the way we travel, and the scope of our identities.

If ever we are to make sense of climate change, we will need to expand our hearts and minds while simultaneously remaining rational and grounded. We must remain rational to think in the probabilities needed to understand the science; we must expand our hearts to feel the vastness of its effects.

Climate change will impact such an array of beings, so deep in the future, that there is no other way to feel its effects. And if we cannot feel its effects, we will be unprepared to think through our responsibilities. But imagining the possible impacts of climate change will require the development of an empathy so vast as to strain the hearts of the greatest mystics.

Author and climate scientist, Mike Hulme, suggests in an interview for my book, The Inner Climate: Global Warming from the Inside Out, that climate change forces us to ask anew just what it is humanity is doing on the planet, to reconsider our relationship to all life, and explore anew our relationship to past and future generations.

Climate change confronts us with what the ethicist, Stephen Gardner, has called a “perfect moral storm.” It challenges us to extend our sphere of moral concern spatially to include the whole of humanity, temporally to include all future generations, and categorically to include all other species. But until quite recently, ethicists have given little thought to these moral quandaries.

We lack the conceptual tools to answer questions about how to value the life of a living person versus an unborn child a century hence; how to weigh the members of a species versus the species itself; how to estimate the value of a potential human life that otherwise might not be; how to value a forest, a stream, or the earth itself.

Answers will be needed to make sense of our responsibilities. It is not enough to merely assert the importance of the challenge, as environmentalists rightly do. We must think hard about the trade-offs the questions suggest, just as we would that of whether or not to go ahead with an abortion or pull the plug on a brain-dead parent. But few even ask, as if we are trying to travel to Mars and still believe the galaxy revolves around the earth.

All of a sudden, we find ourselves lost in a sea of questions we are ill prepared to answer, with neither philosophy nor science as a guide. Try as we may, we cannot find refuge. And it is here where religion has traditionally provided succor.

And yet, the major religions are silent. Islam provides a vision of the divine that is vast and sublime; Christianity extends moral commitments to the point at which the self dissolves in love; Buddhism deconstructs the self and presses us, in the writings of Shantideva, to become food for the worms of the world. But none are very helpful in thinking through the moral implications of climate change.

Perhaps the best answer comes from the integral theory of Ken Wilber. Here the heart and mind and spirituality all develop in synch. In the higher reaches of development, self and world dissolve in a flow. And far from rationality falling away, the self becomes super-rational, as it comes to take in the shifting wave of probabilities that is the world. And yet, even here little attention has been given to the moral challenge of climate change.

Rather, so-called integral thinkers all too often make of development a fetish, a magical talisman that might provide answers to the questions from which development might otherwise emerge. It is not enough to be developed, in other words; we develop through shouldering the burdens of intellectual and moral complexity.

The map can only be made after the territory has been charted. And it is in the charting of this vast new moral domain that humanity might finally fuse the rationality of science with the wonder of spirit. In this way, climate change might push humanity to integrate premodern religion, modern science, and postmodern wonder in the quest for a spirituality equal to its challenge. It is a tall order, as tall as the trees whose estimation is slowly being valued.