Brexit: the Lessons for All of Us. 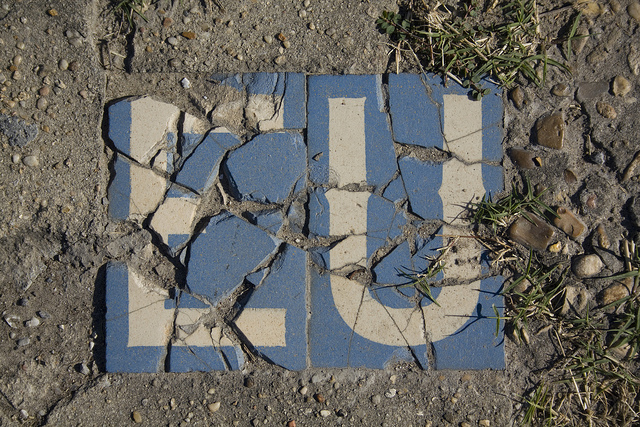 Fear and ignorance won out during the Brexit vote.

And I’m going to be completely honest here. Despite feeling sad, overall, a little bit of me did think, “Fair play to Britain, they’ve really put it up to the EU now.”

But I was as shocked as everyone else at the result. We all knew it was going to be close. But we still expected the result to be “remain.” The economic and diplomatic implications of leaving were painted so drastically dark, that we believed it wouldn’t come to pass.

And if it hadn’t come to pass, the Eurocrats could have sighed in relief and got on with business as usual. But instead, they now have to navigate their way through a major crisis.

And while this is a hellish prospect, causing justified upset and panic, it may not actually be such a bad thing in the long run. Britain’s vote puts the entire future of the European Union in jeopardy and, while I believe we are better united, I also believe that those who are running the European Union could do with some serious soul-searching.

This decision didn’t come out of the blue. It arose from growing discontent across member states about how EU business is conducted. Similar to the U.S., people at the grass roots level are getting tired of the same ol’, same ol’ from politicians who, frankly, aren’t truly serving their countries or constituents.

There is widespread feeling that Brussels, as a federal government, is less and less concerned about the highest good of all its member states, and more and more biased in favor of bigger (not greater) interests.

Since childhood, I have watched the Irish economy and cultural landscape shift in many positive ways as a direct result of our EU membership. I am very grateful for the social and economic development that took place under European funding and, indeed, stewardship.

However, since the Troika, I have been angry at the EU administration, which scapegoated Ireland for the banking crisis and then saddled us with more than our fair share of the debt. So, I understand those who question the wisdom of allowing Brussels too much say over how individual member states are governed.

Given the raw deal we were handed, I believe Ireland no longer owes any kind of debt to the EU. And our continued membership—or that of any other member state—should be predicated on it serving our needs as much as it does anyone else’s.

But, in my opinion, protecting the interests of the elite has taken over from the original purpose of the then European Economic Community, which Ireland and Britain both joined in 1973—a familiar story with national and federal governments across the globe.

The shock of the Brexit vote, however, has opened up an enormous challenge to the European Union—if individual member states have the courage to accept it: Can the EU find its way back to being an institution whose membership is a win-win for all?

The vote has been cast and we must move forward. What matters now is how we respond to this crisis.

This is an opportunity for not just soul-searching, but for progressive (r)evolution at the heart of Europe.

Will we rise to the occasion?

What saddens me most about this campaign is how much anti-immigration sentiment it fueled. But that aspect of the campaign carries a lesson for all of us. Not just our politicians, but each of us, in our day-to-day lives.

Not everyone who gets sucked into a nationalist movement is a cretin or hate-filled monster.

People are angry and scared because their interests are being ignored or subverted to serve the elite. And the more disenfranchised and disenchanted a group becomes, the more vulnerable they are to right-wing nationalist agendas.

Fundamentally, I believe, that is at the root of the Brexit vote: fear and anger. No different to what’s at the root of Donald Trump’s support. Folks are sick and tired of being marginalized (and sneered at) and are rallying behind those who appear to be in their corner.

So, the challenge is for each of us, whenever the opportunity to understand where a Brexiteer or Trumpeteer is coming from, is to get in their corner. Instead of shutting them down with our “superior” rationale, we need to listen to their rationale.

Because, if we can’t understand why they think and feel the way they do, how can we possibly hope to persuade them to see things from another perspective?

And to someone who has only known poverty and struggle all their lives, anti-immigration arguments can seem perfectly logical. And it isn’t smart to simply dismiss those who are persuaded by this line of reasoning as being stupid.

Fear and ignorance are not the same thing as stupidity.

What is stupid, is to disregard the concerns of the fearful. And it is equally stupid to sneer at them.

Because they have the same right to vote as we do, and we may have to live with their choices instead of ours—as happened with Brexit, and may also happen with Trump.

Whether national or federal, the job of any government is to protect the interests of all its citizens. And globally now, governments are being ruled by the interests of banks and private corporations instead of ruling in favor of their citizen’s rights and interests.

I can see how people may believe that the best way to wrest control from the hands of those who won’t protect or serve us is to retreat back into our own national enclaves. But the entire world, not just the U.S., is now a global melting pot, and we can’t go back to how things were at this point.

So, what will we do? How will “we”—not just the United Kingdom, or the European Union—respond to the clear discontent with the current world order?

That world order is in great flux right now and waiting to see what new power dynamic will emerge is more than a little scary.

But it is time for a new world order.

The existing one is far from good or fair—it’s just what we’re used to.

We all need to regard this Brexit as a wake-up call. A call for true and massive reform; a call to work together to ensure governments stop cow-towing to the elite and work to serve the needs of all.

We can tut-tut on Facebook but it’s meaningless if we don’t engage in actual dialogue with those who (fundamentally) want the same things as us, but just currently see different solutions to achieving it.

United we stand, divided we fall.