How a Yoga Injury Brought me Gratitude. 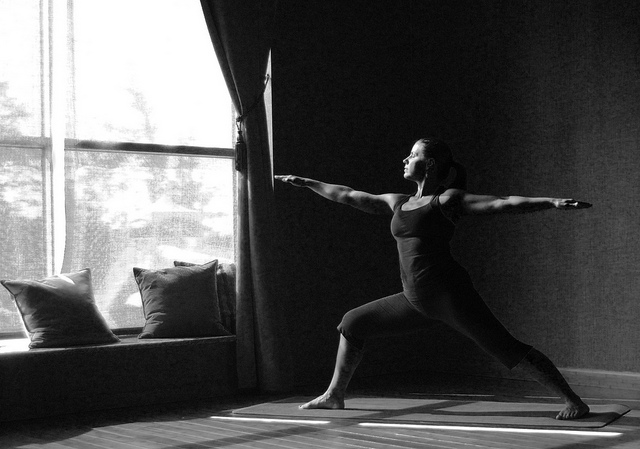 Last January—one day after a major snow storm hit New York City and three months after I moved into an apartment in Queens—I injured my hamstring.

Transition is never simple, especially for me, and this one came with a great shift in my schedule and my avid yoga practice. I went from going to yoga classes five times a week or more to struggling to get to class at all.

That’s why, when I had a rare snow-related cancellation, and just before I was about to go to my first class in weeks, I hit my mat at home with such enthusiasm that I pushed hard enough to hear my hamstring go “pop.”

It was a sick irony that just as I was able to make space for the classes I craved, I would get my first true injury. I am not an athlete or a dancer—in fact, I often joke that yoga is my only sport—so working with a body injury was new territory for me, and I hated it.

Before I started yoga, I never even considered the possibility of being “strong,” “toned,” or “flexible.” That’s why the effects of a diligent yoga practice rocked my world. I realized I was capable of so much more than I had ever anticipated.

I had a newfound pride in my body as I powered through personal milestones with fiery conviction.

An unfortunate side effect of this liberating and empowering realization was it’s deep roots in ego mind. I became obsessed with my achievement in yoga. My experience on my mat was based on what poses looked like, how deep I could stretch, and how “advanced” the posture could be. Even as teachers diligently reminded the class that “advanced doesn’t mean better” and to “force nothing” I kept pushing to reach the next level, because my worthiness as a yogi was slowly but steadily getting tied up in my ability to perform.

We live in a society that inherently links our output with our worth; capitalism at its core tells us that unless we are producing something, we aren’t valuable—and this troubling perspective follows us to our mats. No matter what, our ego will rank our performance, because the ego’s job is to maintain the illusion of separation between ourselves and others, and between our small self and our Divinity. The ego is threatened by the possibility of true unity because it has no stake in the dissolution of boundaries. The ego is what creates the boundaries, and it will stop at nothing to remain relevant and in power.

Yoga asks us to shed a skin that is not only grown, but celebrated in nearly all other areas of our lives. At work, we are celebrated for being competitive, comparative, and deliverable-focused. People who sacrifice their well-being to obtain more income, more recognition, more possession, or more power are viewed as more successful than those who seek balance and simplicity. We are offered awards, raises, and recognition for outperforming ourselves and others from a very young age.

To then earnestly practice yoga is a huge shift from our “more, more, more” mentality. It’s no wonder we judge ourselves for what we are capable of in the practice and on the mat.

When I was injured, I had to rethink my entire engagement with yoga. Coming to the mat was emotional in a whole new way. I would go to class and the teacher would lead us through a pose that was not kind or safe to do while injured, and my mind would shout “I can do that, I can, I swear!” as if it was important for others to know. I would often break down in tears of frustration and disappointment; I felt like I was losing the power I had so recently discovered, and losing the level of practice that had come to so deeply define me.

One day, after class a teacher casually advised, “You know, the more you are frustrated with your injury, the longer it will take to heal.” Her words stuck to me. I have a rich personal history of resisting change and being impossibly hard on myself – I just hadn’t realized that the way I was engaging with this injury was a reiteration of those same behaviors.

The body is often the last place a lesson will show up to be learned, because it can no longer be ignored. I had many times come across a challenging situation–tormenting myself after making mistakes, overloading my schedule and causing undue pressure and stress–with the ultimate lesson being that I needed to allow myself to be where I was, to accept myself fully in that moment. Somewhere deep inside of me, I was nursing the belief that I will never be good enough, that I am somehow inherently broken and that I need to overachieve and reach perfection in order to be valuable, accepted, or loved.

Being injured forced me to face the woundedness that was showing up in this imbalance in my practice.

9 months later I got injured again, this time more seriously. Yoga was out of the question for a solid month, and after returning to my mat, every pose had to be carefully and gently explored. I had to develop an intimate and compassionate communication with my body in order to practice, but my practice had shift in its focus.

I could choose instead, to accept my body where it was—to accept myself where I was. I had to realize that I was hurt, and in need of my own caring attention.

I am grateful for my injuries. I know that I was offered a stern yet caring lesson in compassion and self-love. Being forced to operate from a space of slow, gentle growth, deepened my practice; I now approach it from a place of spiritual inquiry. I now understand that yoga is never about achieving—it is about liberation from the illusion that “achievement” is what makes us valuable as humans.

Yoga taught me how to love myself as I am, to embrace imperfection in myself and others as a beautiful reality. 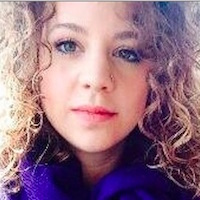