How to be a Successful Failure.

If there’s one thing I really excel at, it’s failing.

I have tons of experience.

I’ve failed all over the place, in foreign countries even.

That’s the thing with failure, it’s pretty universal. If life guarantees us anything, it’s that sooner or later we’ll fail. Although it’s likely to be both sooner and later. And while failing is pretty easy to do, becoming a successful failure is actually a lot of hard work—which is the bad news. However, the good news is learning to become a successful failure can lead to becoming a success. I know it sounds counter-intuitive, but I swear it’s true.

The first step is always the hardest. And that is having the courage to try something new and risk the possible (sometimes even public) embarrassment in the first place.

I’ve pursued a lot of opportunities that, as it turns out, just weren’t as into me as I was into them. I used to feel stupid and filled with regret when things didn’t work out the way I planned. After all, I’d opened myself up to something new, which made me vulnerable—and all I got to show for it was a crushed ego. Like the time I applied for a columnist position at my local paper which I thought I was a shoe in for, only to find out the shoe wasn’t a good fit. Someone else was Cinderella and I was a stepsister again. I’ve submitted my writing for contests and I’ve never won anything. Not even an honorable mention or Miss Congeniality. It was becoming pretty clear to me: I must be the worst writer ever.

The funny thing about failure is, it’s got an inverse relationship with fear. After the initial sting of rejection, I’m fueled to reject the status quo. Inhibitions seem less inhibiting when there’s a goal at stake that’s driven by passion. Whether it’s writing or playing the kazoo—it doesn’t much matter specifically what “it” is, only that it has meaning, the way words do for me. Even if no one else reads them. Although, I confess, it’d be really nice if people did. There comes a point where there’s not much to lose by continuing to put myself out there. The odds are, if I just keep trying, eventually there’ll be a big payout like a slot machine in Vegas and I’ll be the one collecting.

There are two ways to look at this. Either I’ve wasted a huge amount of time or, as a cue from Thomas Edison—“I have not failed, I’ve just found 10,000 ways that won’t work.”

I choose the latter. I look for patterns in things I’ve done, assess lessons learned and strategize what I could do differently next time. Then, I switch gears when I think all the signs from the universe clearly indicate I should. It turns out, the universe doesn’t have big, flashing, neon signs. And even though I believed in myself and my talents, the only recurring theme in this whole writing gig seemed to be exhaustion and defeat.

I’d nearly given up hope that I’d ever be successful at anything. That’s when the universe finally spoke to me. It was more of a whisper really. “You’re already a success,” it said.

Then I started to think about it—everything I’d attempted and “failed” at. I’d played roller derby in a league full of amazing women. I moved to Morocco for a couple of years, a place I’d longed to visit, but never imagined I’d actually live there. I travelled throughout Africa, Asia and Europe. I learned to belly dance with women from a different culture who I didn’t share a language with; we communicated through dance. When I moved back to the States, I started pole dancing for fun. I’d written a blog and published a book—after getting rejected by every agent and publisher I queried, I then started my own publishing company to do it. These were all things I did in my 40s while fostering a 20-something year marriage to my husband and raising four our kids.

I’d had all these amazing experiences in my life. Why didn’t I feel accomplished?

I was defining success all wrong.

I was defining myself by society’s one-size-fits-all definition, which is by the numbers. How much money I made. How many books I’d sold. And when I thought about it, neither one was truly important to me. So what if my book didn’t sell thousands of copies? I’ve written lots of things I’m proud of while also not allowing writing to consume me or to keep me from pursuing other passions. I found that balance and authenticity were what I’d achieved. And that those had been my priorities all along.

My biggest failing had been not evaluating what I wanted out of life and realizing I already had it.

Each of us defines our own success story. 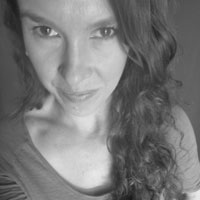