Notes from the Messy Middle. 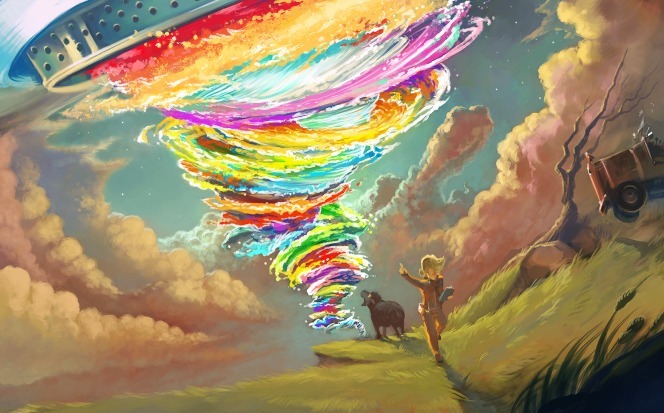 I was sitting at a table having drinks with two of my closest friends at a cafe. It was one of those hopeful first days of spring. People had come out to don their shades, drink rosé and celebrate the re-awakening of life. I, however, felt as if life had forgotten about me.

My friends asked me how my job search was going. How I felt and how I was doing. Perhaps it was the contrast of their concern versus the easy-going joy of the scene around me, but I broke down. I started crying. It felt raw, vulnerable and like a release. As if I was finally allowed to lower the façade and reveal the broken story behind it.

I had been unemployed for 10 months at this point. Prior to this period, I had been headhunted and turned down jobs. I had been in a loving relationship. I had built up a successful career abroad. As a modern woman, I’d built my sense of identity and self-worth on my outward status. And back then, that pedestal had been stable.

Now that pedestal had crumbled.

I was living with and financially dependent on my parents. I’d applied for tons of jobs and heard back from very few. I was back to the start. And while the lack of response from potential employers had been disheartening, what was even more difficult was a growing sense of loss about who I was and what I truly wanted. Did I really want to work in impact finance? Or continue my career in the non-profit sector?

When was this messy middle going to end?

When would I figure it out?

But most of all: What was I doing wrong?

I remember feeling nervous and excited.

I was taking off my coat in the entry hall of an office, trying to calm myself and tell myself I wasn’t out of place here. I remember seeing another woman who’d just been interviewed for one of the other positions opening up. I was here to talk about joining an innovative new social work team as their women’s empowerment expert. I felt as if life might be supporting me in mysterious ways.

The interview was unlike any interview I’d had before. We talked about the towns we’d grown up in. The schools we’d gone to. The struggles the new social work team might face. How exciting it was to champion this new approach to community development. It felt effortless. In-sync. As if might my story might not be broken after all—but a perfect fit for this project.

I had been working as an intern at a women’s empowerment center for a few months, a position that had led me to this interview. It had been the thing that, when all other attempts at reviving my old work and life had fallen away, remained the only thing my heart had yearned for. I’d been broke—but with butterflies in my stomach again. I’d been back at the bottom of the ladder—but a ladder that felt so much more aligned with the growth I truly yearned for.

Eight months had passed since that day at the start of spring. Eight months, during which I’d discovered that when a door closes on one path, another one can open. And out of that feeling of loss, something new and unexpected had slowly emerged. It hadn’t happened overnight. It hadn’t happened according to plan. It was all still unfolding. But I couldn’t help but wonder:

What if that phase of loss and grief hadn’t been a mistake, but a gift that had brought me here?

What if I hadn’t been doing anything wrong, but life had been supporting me all along, and I’d just been too attached to my expectations to notice?

What if messy middles were a necessary precursor to a new, more meaningful beginning?

I feel patient and trusting.

I’m sitting behind my desk in my home office in Frankfurt writing this to you. I look outside my window and see a tree blossoming. Another spring, another year, another place. But the journey remains the same. A new, related career has unfolded out of that social work job a few years back. Another move abroad. A rekindling of an old relationship. More cycles of transition, messy middles and new beginnings.

In between, I’ve had more opportunities to let go, to figure out what’s there when I let go of attachment to my expectations, to connect with a stillness and wisdom that’s always there, within.

It’s not easy. It never happens as quickly as I’d like it to. It continues to defy any plans or goals I have.

But I know now what I didn’t back at that cafe several springs ago: that life is unfolding right according to plan, no matter what it looks like on the outside or feels like on the inside.

I am held. I’m supported.

I can’t wait to see what the rest of the journey looks like.