Seeing the Seeds of Success in Electoral Failure. 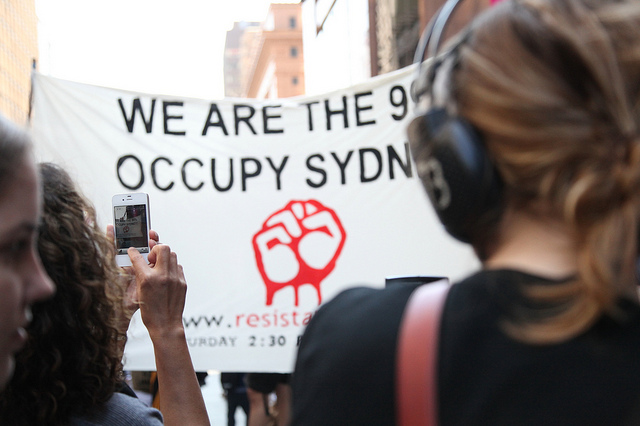 Initial triumph, a certain disappointment as the PT (Workers Party) failed to bring about the sweeping changes many had hoped for, and now what many Brazilians and knowledgeable observers consider a US-backed coup by Right-wing forces linked to the old Military Regime that both Lula and his successor, Dilma Rousseff, began their careers fighting.

I was at the Miami DNC Campaign Headquarters in 2008 for the victory of Obama. After the trauma of the Cheney Regime, it felt like deliverance. Yet the assault on our Civil Liberties in these last seven years dwarfs any I can think of. The War on Whistle Blowers and the crushing of protest are more ferocious than under Nixon and the Bombing of Cambodia pales next to the constant drone of illegal undeclared Drone Wars in country after country. While we were all focused on Iowa a mere two months ago, Obama signed the TPP, which will strip Americans of a good part of their sovereignty against multinationals.

I was in Haiti in 2010 for the election of Michel Joseph (“Tét Kalé”) Martelly. Martelly was a pop singer, not a politician, who had the virtue of not belonging to the widely-unpopular political elite. The elite had chosen its successor, who somehow qualified ahead of the wildly popular Martelly for the second round election—a result few Haitians took seriously. The people took to the streets, the “error” was rectified and Martelly won.

The night of his victory, the hills of Port-au-Prince erupted with cheers and an all-night celebration. Five years on, Martelly’s administration is looking increasingly like a return of the brutal and undemocratic US-backed Duvalier regime.

We could multiply the examples (the crushing of the popular revolt of Tahrir Square in a military coup quickly recognized by the US, and an effective return to the old Mubarak regime, or the similar fate met by the hopeful Presidency of Mohamed Nasheed in Maldives, both in 2013), but the fact is that the chances for popular revolt in the age of global corporate hegemony look pretty bleak—at least on the surface. Everywhere the choice seems to be between electing revolutionary governments that fail to be truly revolutionary and watching them fall victim to restorationist coups—or both.

At a time where the global elite has effectively globalized its own power while restricting the power of the global citizenry to skirmishes against local manifestations of that power, effecting meaningful social change has never looked tougher. But that doesn’t mean our struggles are in vain. From the historic global protests against the Iraq invasion, which had seemingly zero affect on the Bush Administration’s predetermined march to war, to the tent cities of the Occupy Movement, which arose overnight in nearly a thousand US cities and many other countries around the world, peaceful expressions of the popular will are routinely met with media silence or derision and state violence. But these partial and short-lived victories and outright defeats are not in vain. In fact, they are a necessary part of building a real global movement for deep structural change.

The real opportunity of this US electoral cycle was never so much about a Sanders’ Presidency as about an expansion of the struggle, and that has been achieved beyond our hopes. We have gained in numbers—perhaps several times over from the Occupy days. We have spread our message to the point where even the “Mainstream Media” can no longer ignore, contain or spin it (although they certainly try). We have expanded our power of mobilization in the most concrete ways, as evidenced in Sanders’ unprecedented fundraising, his consistently massive rallies and his dynamic and effective organization—all from a campaign that had only single-digit support less than a year ago.

And perhaps most importantly, Sanders still has more than 70 percent support among voters under 30, meaning that he is the future.

The Bernie phenomenon in the US is directly linked to simultaneous movements in Brazil, France and elsewhere—one of many local manifestations of a broader phenomenon that has been growing at least since the mass anti-war protests of 2002. It is a global movement, that addresses local manifestations of global processes. It is a protean movement, that constantly reinvents itself around the particular needs and opportunities of the moment. It is a leaderless movement, that inspires itself from admirable individuals but is never subject to them.

The Corporate Media has declared the campaign over, just as they declared Occupy over—and just as they will declare anything over that challenges the power and legitimacy of their billionaire masters. But whether or not it is truly over and however it ultimately does end, the extraordinary saga of the Sanders Campaign is ultimately just one step in the long and difficult march to take back our world from from excessively concentrated power and rethinking our mode of self-organization on this gravely imperilled planet.

In this fight there is no turning back, no backing down, nowhere to run or hide—it is this fight or none.