This is What Happened When I Stopped Caring “Too Much.” 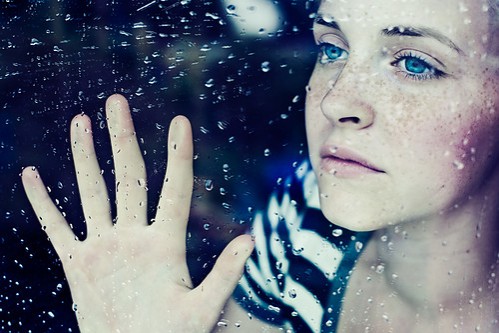 There seems to be a real trend in “acceptance” and “authenticity” for women (mostly) to describe themselves with a sense of pride that they “love too much.”

I see this phrase more and more. It was even included on a popular quote page and liked by hundreds of people before it appeared on my social media feed. “The woman who loves too much” seems to be a badge of honor as we learn to accept that there is often a difference in the way two people love one another and as we search for the truth about whom we are as individuals.

I dislike this label of “too much” more and more every time I see it.

There was a time I didn’t even realize that there was a difference in the ways to love within a relationship. I thought people loved, period. I thought love was a definite and people either did or didn’t. Love was an absolute that was given and received, accepted or rejected.

Here is where I stayed for a long time. Many told me I was “too much” and even though it made me sad inherently, I somehow tried to take it as a compliment. I told myself that I loved people who just could not love me as much as I loved them. I was destined to be the more and always receive the less. I needed to love less to be equal. I needed to say less, do less, expose less, share less in order to be “just right.” If I could just contain my enthusiasm, my excitement, my passion then I will not make my partner uncomfortable.

That person will not feel bad for feeling less and then will be able to love me more. I will love enough to love less!

And so I did. I loved everything and everyone less. For years. I was no longer “too much.” If anything I became not enough; but, I learned that even that is preferable to “too much.” No one left so it must be the perfect balance. I did not make anyone feel inferior in love. I accommodated the emotions of everyone around me and dulled my senses. I reacted less and acted less. And something truly interesting happened.

I actually started caring less and, for what seems like an eternity, it seemed like the goal of “conquering” my emotions was met.

Then I happened to run into an old friend who had only known me when I was “too much” and when we were in contact over time it became apparent that I had changed. I actually explained with an element of pride that I had finally learned to control my emotions and I wasn’t as “overwhelming” as I used to be. And with a few choice words I was told how insane that sounded. “Why would you ever change? You were one of the most loving people I had ever known. Who wouldn’t appreciate that?”

I explained that it wasn’t always seen as a positive and that I had learned to not be “too much” for other people because it often had been the reason for problems and even for relationships in my past to fail. “Then you just weren’t in the right relationships. You can’t love someone too much!” And with that I realized that I had changed so much that the words coming out of my mouth seemed like someone else’s and the words I was hearing were like memories bringing me back to myself. What was I thinking?

I called a friend of mine, with whom I used to be in a relationship, and I asked him if we could talk about our past and he agreed.

So I asked, “Was I ‘too much’ for you? Did I love you “too much” or overwhelm you?” He laughed for a minute. “You are surely a lot to handle, but you are not ‘too much’ at all. You have a huge heart and are one of the most giving people I know. Those are reasons I still love you. We didn’t work just because we didn’t. And we stayed friends because that was how it was supposed to be, but you have never been ‘too much’ for me. You can’t love someone “too much,” you can only love the wrong person for the way you love.” We continued to talk about the passionate moments, good and bad, and the intensity of my feelings for him back in the day. He never once said something negative.

After that call I spoke to other friends of mine, friends and partners who I had been close to in a time when I remembered being happiest, and each of them told me that they thought of me as very emotional and having strong feelings, but none of them saw it as a negative. Each of them told me they saw it as one of my greatest strengths and one of the reasons they still loved me like they did. Not one person in my old circle of friends said that they saw me as “too much” of anything. These conversations actually brought my friends back into my daily life because they remind me who I want to be and I have been more surrounded by people to love and that love me just the way I am.

With that, I realized that love is on a spectrum not of more or less, but of intensity with which it is expressed. There is no degree of equality that is the goal of relationships. It is the goal to find someone who appreciates the way I love and loves me in a way that fills my needs.

It is not in my purpose to dull myself to accommodate others. I don’t have to hold on to someone to prove my love. Sometimes I have loved best by letting go and allowing both of us to find someone with whom we just fit better, friends and family included.

Not all relationships fit and that is no one’s fault; some people have to accept me in the doses they can handle, and that is fine.

Most importantly, I have had conversations with my children, my son, who is in college with a girlfriend that is fantastically emotional, and my daughter, who is only eight and already shows signs of this kind of loving. I told them all, from now on people love “big” and it is a great thing. There is no such thing as “too much” love, and we need to stop allowing that label. And though others may need help understanding this, it is worth explaining.

It is important to love authentically for the one loving and the one receiving. I want to see this trend die out. And there will never be “too much” love for the right person. 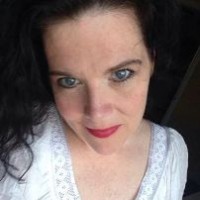