Why Believing in Magic Might be the Most Sane Thing we can Do. 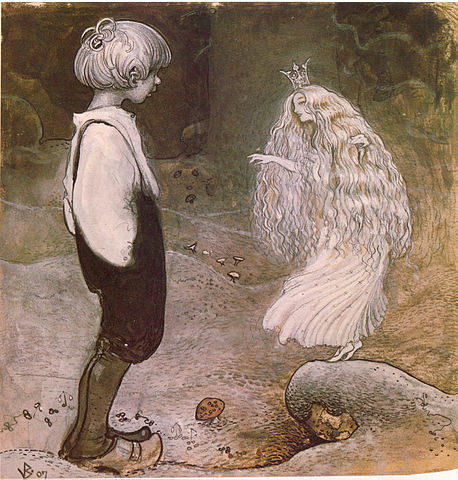 Today, whilst looking at some old family photographs my mother posted on Facebook, I was reminded of one of my earliest childhood memories.

Of all the events in my early years that have faded and been forgotten, this one has always stood out for me. It’s as vivid now as if it had happened last week. I believe many of us have memories just like this one that we have chosen on some level to forget as we became adults.

I remember being about two years old. I was sitting underneath the big wooden farmhouse table in our dining room that joined onto the kitchen, which faced a window overlooking our rather overgrown garden. There were bees and butterflies outside the window, and the sun was shining through the glass just as it does on a bright day at noon.

As I looked up, I heard a tinkling laugh. There she was, a fairy, sitting on top of a colorful wooden toybox my mother had painted for me when I was a baby.

She was two feet tall, thin, tiny and delicate, like a fully grown person. Her skin was so pale, her hands and feet so small and nimble. She had translucent, glittering wings like that of a dragonfly or some other flying beetle-creature. I don’t remember what she wore or if she was even wearing anything, but I wasn’t focused on her clothes. Her whole being shone with light as she sat there smiling and blinking at me, the sun coming through the window and bouncing off her wings. Her hair was long, down to her waist, and bright purple. She had pointed ears and the most stunningly gorgeous, mischievous smile you could possibly imagine!

I wasn’t surprised by her visit at all. I don’t remember if she said anything, or how long we sat and smiled and looked at each other. After what was perhaps a few seconds, I jumped up and fast as lightning and ran to my mother, shouting “Mummy! Mummy! There’s a fairy lady in our kitchen! Come quick!”

But when we arrived, there was no one there. The fairy was gone.

The fairy had been there. She had been clear as day, and as real as anyone I have ever seen. I remember so clearly even now, in just the same way I remember other moments in my childhood—just as clearly as I remember dropped dummies in the river, the lost balloons and spilled pancake batter.

My childhood was so full of magic, of stories of angels visiting relatives for protection, guidance and comfort. Many people in my family have had experiences of something from another world arriving in times of need or prayer.

Angel stories were not unusual or strange to me as a child, but this was a fairy—a tiny, pretty and playful fairy.

I have long considered that perhaps this fairy was a guardian angel. I had thought maybe angels come to different people in different forms, to become more relatable and to more easily connect with each individual. Perhaps when we are young angels come in the form of “imaginary friends” who move on to take more of a back seat as we grow older.

I have no idea and I couldn’t begin to tell you—but whoever or whatever this little visitor was, she was most definitely magic.

I haven’t told many people this story as an adult. I remember as a child telling my best friend about it in an innocent game of truth or dare. I asked her if she believed in fairies, and she told me a story quite similar to mine. More than 10 years later, when I asked her about that forgotten conversation, she no longer remembers seeing those fairies at the bottom of her grandparent’s garden.

“It was a childhood fantasy,” she said.

People may believe my story is the wishful thinking of a superstitious woman who had an active imagination as a young girl, but I know what I saw.

As stubborn as I am in my belief in magic, in angels and fairies and the power of the Universe, I still falter. I still have a dryness and a bitterness in me. I still lose faith in myself and in the world. I have days where my confidence is so low, I feel so lost, unsupported and incapable.

There is magic in the world, whether you want to call it Magic, Chi, Goddess, Energy, the Universe or Angels, Spirit, Prana, Allah, or God.

There is a life force that runs through everything, through all of us. It fills us up and overflows into everything we do and every action we take.

Every dream we create in our minds and every moment we use to move towards something we desire is filled up with this magic. It surrounds us. It is in every seemingly insignificant moment, in the flutter of every bird’s wings and in the first flight of every fledgling. It’s in the snowdrops that come up again and again each year, despite the frost.

It’s in each step in our lives, from the first we take as toddlers to our very last.

It is so easy to forget the magic of our childhood and the belief that the world is supporting us—the idea that we can do and be anything we want. It’s easy to forget this when there are bills to pay, property ladders to climb and careers to be developed. But I know that the magic I witnessed as a little girl still exists—even though we may be unable or unwilling to see it.

When it seems as though we are trapped, incapable of growth or movement, we must remember the magic we have forgotten.

We can look back on those moments of total peace to find it in ourselves to trust again.

The magic is there if we give ourselves permission to see it. 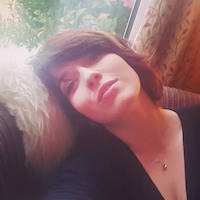