Feeling Sorry Never Helped Anyone: How to be a White Ally. 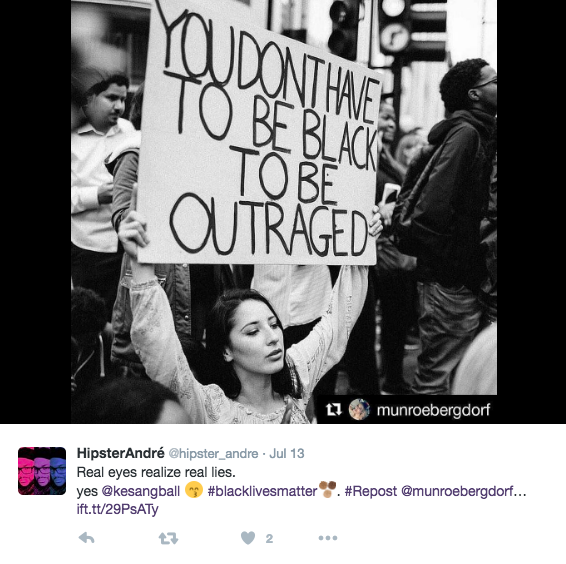 Unless you live in a bubble, you have probably spent the past few weeks like me, reading post after post on social media from friends who are upset, disgusted and confused about the news: the unjust deaths of Alton Sterling and Philando Castillo, followed by the shooting of officers at a rally in Dallas and another shooting in Baton Rouge.

You’ve probably seen a fair amount of posts from people who said they cried when they heard the news, or they have been crying for a week.

When I read these posts, I think I must be broken. When I read the news lately, I feel disgust, anger and a lot of confusion, but never so much sadness that I even round the corner on crying.

In fact, the whole subject—Black Lives Matter, and my white friends’ posts—has me pretty confused.

I’ve tried to educate myself. I’ve read all the articles about white privilege, the 26 ways I could be racist and the “real world statistics” about police violence. I’ve read about why Black Lives Matter more than All Lives Matter. I’ve read it all; I agree with most of it and I want so badly to be able to do something to help.

Crying about it or posting on social media does not feel helpful.

The posts I see by my white friends on Facebook make me feel like I’m the only one who grew up without any idea that white privilege was a thing. It’s as if I just found out about the idea that Black Lives Matter, and everyone else has known about it all along.

And yeah, white privilege is real, but I feel almost ashamed to say anything on Facebook, because I didn’t know for so long. I remember being in first grade and thinking we were all the same with different skin colors. I couldn’t understand how the color of our skin made our everyday lives different.

In my head, I’m still this naive first grader. I didn’t grow up thinking about how black people and white people and brown people and every other color person lived different lives based on that skin color.

I was taught that since slavery was over, segregation was no more—that Martin Luther King Jr. made an epic speech, and now racism couldn’t possibly exist. “We’re all the same on the inside,” is how I learned about race.

It actually makes me want to cry that I spent so much of my life thinking this way—and that so many people still do. This way teaching and thinking has left a lot of people blind to what’s really going on.

So the world keeps turning, and black men keep getting killed by police, and I don’t know how to react.

I know it’s not just me who woke up one day and realized that the way we think about race is wrong—because that’s what all these articles are really about.

Why did it take so long?

I have so much sympathy for the people affected by these events, but I want to have empathy. I have trouble having empathy, because I’ve definitely never been black or known what it’s like to live a day in black skin. I have trouble having empathy, because I’ve never known someone to be shot by the police. I’ve never had to worry about getting harassed by the police. I’m a white woman. More police officers have looked at my butt than considered pulling me over.

Sympathy is easy. Sympathy means we try to fix people’s pain even when we can’t. Empathy requires careful thought and makes us uncomfortable. Empathy takes vulnerability, courage and an open mind.

The good thing about empathy is that we can create it. We can listen and be there and not force our opinions and feelings and guilt down someone’s throat. Empathy, as Brené Brown says, is connection. So that’s what I’m trying to do. I’m trying to find empathy in the midst of all this. It’s taking me time to understand.

Finally, I know that white guilt is real—and this post is littered with it.

My Facebook feed is also littered with it. I’ve spent days scrolling posts that reflect my sympathy and guilt back to me. Silence is not the answer, and social media may be a step in the right direction, but it’s not enough.

Instead of saying “I’m sorry,” I’m searching for empathy and my listening ears that don’t have my guilt or personal suffering attached to them. I’m searching for ways toward change that matter and don’t include talking about myself or simply posting on social media. I’m searching for real world ways I can connect to real people.

I’m trying to communicate with my yoga classes that love is the way and hate is not, that social media isn’t enough, that we need to listen and be open and shut the hell up about how sorry we are—because feeling sorry never helped anyone.

I want people to question the things they read on social media, to ask questions, to investigate how they really feel and why. I’m trying to believe that love is still the answer—that enough love from enough people will create change.

I want to learn and grow and tear away my guilt so that one day I can talk intelligently and gracefully about race to my kids, neighbors and parents. I want to move toward feeling slightly less uncomfortable in these conversations, because if we’re smart, we’re going to keep having them—again and again and again, probably for the rest of our lives.

I want to continue discovering that the world is less about me, and more about us. 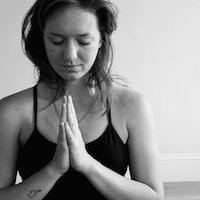