Forever or Forget It: Why One Divorce is Enough for Me. 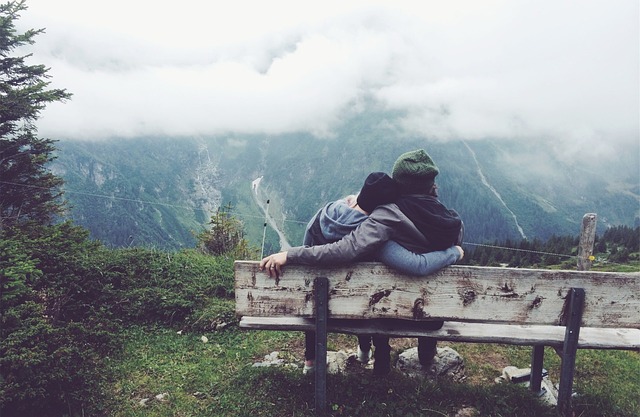 Just over a year ago, I filed for divorce.

I had a six-month-old baby and a two-year-old at home. I had just quit my job after the birth of my second child to be a stay-at-home mom and had only a little direct sales income. I had enough savings to file for divorce and relocate closer to my family, and I had just a little bit left over to help with my first month of bills. I didn’t move in with a relative.

I turned my entire life upside down because I could not see going maybe 30 or 40 more years in that marriage.

I knew that it was the right thing to do for my children.

My divorce has been finalized for several months now. My whole life is different than it was when I took that risk. I have managed the seemingly impossible transition with a measure of skill and grace that I would not have credited myself with when I left. And yet here I am. Now—as a single mother dating in my 30s—everything has changed.

I’m at the point where it’s forever or forget it.

I’ve heard it said that people used to really work on their marriages and didn’t just fall back on divorce. I don’t necessarily agree. I think there was a point in time where people just stayed in bad marriages because it was so heavily frowned upon to leave. Also, we have to consider that women’s rights weren’t very advanced, and a woman leaving the security of a home presented substantial financial risk. And we all know the court system doesn’t reliably hold people accountable for child support.

With all of this taken into consideration, I do feel that maybe we all give up too easily. We seem to have a generation that just quits when the going gets tough—jobs, relationships, hobbies. We don’t always appreciate struggle or see the value in struggling when there’s a seemingly easier option. And the divorce rate climbs. Plus, it seems like we have a value system of continuing to look for something better.

Do we, perhaps, apply this to people as well?

This is what I think about sometimes when it comes to marriage and divorce. I worked so hard not to lose my marriage, and I found that I was working alone. In the end, I didn’t want that type of relationship, and it wasn’t healthy for me or my children to live that kind of life. It actually leaves me a little hopeful, that there could be someone out there just like me who wasn’t truly appreciated before and wants to be in the kind of relationship that I want.

All I know is that I would rather stay alone and create a wonderful life for myself and my children, than to ever go through another divorce. I had one in me, which was one more than I thought I had—and that’s it. So it’s forever or forget it.

How can we manage “forever” in a society that doesn’t value it?

Listen to our Intuition.

The first thing we can do is listen to our intuition and keep an eye out for red flags that clearly let us know that the other person is not for us. It’s amazing how many red flags I notice now, that I might have passed over before. I simply don’t want to settle for less than what I need.

We can also communicate clearly about who we are and what we’re looking for in a relationship. I know what I want, and I am who I am. When I’m upfront about that, maybe some people lose interest, or maybe they indicate that they’d like me to change. Either way, it thins out the herd, so to speak. I’m a straightforward person, and people who can’t handle that now are certainly not going to be capable of it in the long run.

We need to be authentically ourselves at the start, so that we can tell if we’re a good fit for the other person. It’s hard to tell if we are, if we’re busy trying to pretend and impress. It’s also deceptive to the other person, and the truth will out.

Stop Playing by the Rules.

Just because society has given us new dating rules doesn’t mean we have to follow them. In fact, we should just go ahead and ignore them all. We should act from our own instincts, and we should be honest about how we feel. Have we been dating someone and decided they’re not for us? We can just be honest about that. Would we like to update our relationship status and move it forward? We have the right to express that feeling, too. We don’t have to color inside the lines of this dating culture. We need to be true to who we are and not try to do what the other person might expect just because it’s what everyone else is doing.

Step Outside of our Comfort Zones.

Maybe we can start giving people a chance that normally we might not consider. We should never ignore red flags, but we can also spend time with different types of people to see if there’s a connection. In fact, we can start dating with the intention to connect rather than worrying about the impression that we’re making. Sometimes that involves stepping outside of our comfort zone and trying to relax in a dating environment that can be, frankly, nerve-wracking.

There’s not a perfect man or woman out there, but we need never settle for less than what we deserve. We don’t have to be ignored or treated unkindly. We don’t need to be someone’s backup plan or consolation prize. We need to honor our intuition and look for the qualities that we need and not just settle for someone to keep us company through life. I don’t mean that we should seek physical perfection or even a perfect personality (no such thing!). I just mean that we know when someone isn’t for us, even when we want them to be, and we need to move on.

I don’t know if forever is possible. Sometimes I think of marriage as an institution comparable to an insane asylum. Now that I’ve been released from one, why would I want to go back? And was I released or is escaped the more accurate term? Is it hopeful or just plain madness to think that I could ever return to said institution?

As a member of the legion of divorced, all I can tell you is that I do see relationships that give me serious relationship goals. These are the relationships where both parties do the work needed to make the other person happy. They enjoy each other’s company. They have similar goals and interests and appreciate each other’s differences. They communicate and compromise, and they aren’t out looking for something better because they appreciate their partner.

I look at these relationships and think maybe forever isn’t madness after all. Maybe it’s love and hope and work, and maybe—just maybe—it’s possible after all.