My Marriage had to End—for my Life to Begin. 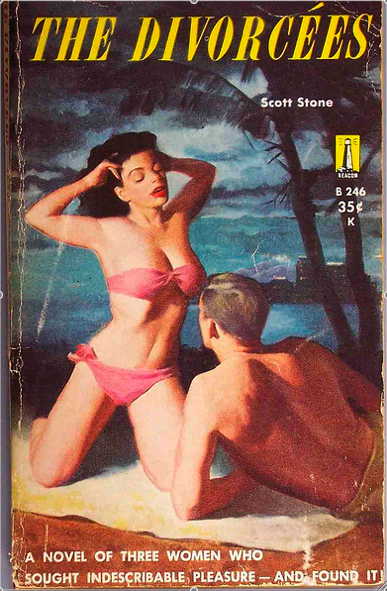 “We must be willing to let go of the life we’ve planned, so as to have the life that is waiting for us.” ~ Joseph Campbell

I never wanted to be divorced, but now I see that it was the only way for my life to truly begin.

There was a time when I would have rather been unhappy and unfulfilled than divorced, because it seemed that there was (and perhaps still is) a stigma attached to this sometimes necessary part of life.

I never wanted to be a divorcée—or worse a single parent.

So I dragged my heels as my marriage petered out to an end that was inevitable, taking so long because I was afraid of the next step in my life and my ultimate fear of: what if I’m alone forever?

I had built so much of my personal identity upon being coupled with another that I never had the chance to learn who I really am, so at the time my biggest concern was finding someone else to help me distinguish who I was.

Thankfully though, it was a concern of mine, and I was extremely selective in who I let into my inner circle, so I ultimately I’ve remained single since first separating from my husband—and though it wasn’t always easy, I now know that it was completely necessary.

If my marriage hadn’t ended then, I would have continued to be blocked mentally, emotionally, creatively and spiritually.

I would have grown as mossy as a pond in summer, green with stagnant waters that never move.

But it wasn’t the path that I was meant to walk, and though there were times when I found myself on my knees crying so hard I became breathless, it was all part of a greater plan.

During the first year after my divorce, I was in recovery mode—meaning that at times, it was a daily struggle to simply survive, even if I was smiling and laughing on the outside.

The first hurdle I had to conquer was learning who I was, apart from catering to the needs and wants of another individual—and though it seemed that this should be something that I delighted in, during the beginning of this journey, it was a practice that terrified me.

Yet each time that I made a decision for myself, even something as simple as which type of coffee to buy, I was writing a new set of rules for a woman who I had yet to become.

It was about finding strength in my decisions and learning that I was capable of knowing what I wanted and needed, without someone else telling me what they thought that was.

It’s not easy starting over—but sometimes that’s the only way to truly become the person we are destined to be.

I don’t know why I had to go through each and every heartbreaking moment that I did, but I do know that without everything I have experienced, I would not be the woman I am today.

So I am grateful for being left alone in bitter confusion, so that I might learn I had the light inside of me all along to find my own way through this life.

Even though I have come far, it doesn’t mean there aren’t still  battles to face—and in the second and third years after my divorce there were other conflicts and challenging aspects to my journey that I would never have encountered if I hadn’t made the decision to leave my marriage.

In the years following the divorce, after I had begun the arduous journey of knowing myself, I was continually faced with challenges that I could either run from, or instead stay and face (as I made the choice to do), because I knew that it was those uncomfortable moments that would lead us to our greatest growth.

So, I dabbled in a bit of everything that made my heart happy. I pretended I was a teenager again and kissed high school sweethearts far into the night, hoping to forget that I really was all grown up. I delved into art—from painting to wood burning and many other aspects in between—hoping that somehow my soul would find a home, and the hole I felt burning inside would somehow become fulfilled.

But still, no matter how far I came personally and artistically, there was something missing.

I was happy with my life. I was joyful and relaxed. I believed in a deeper meaning of every day events, and I tried my best to simply live a life I could be proud of, but inside there was a nagging feeling that I wasn’t done yet.

That I was still in progress of completing my own cycle of evolution, and though I had thought I was done, the truth was that in many ways I was only just beginning.

The last piece on this new and beautiful life was that now that I knew who I was, I needed to figure out my place in this world and why I was put here upon this beautiful planet.

What is my gift I am meant to share during this lifetime, to leave the world just a little bit better?

It was there that my new life really began—because there truly is a reason for everything that happens in this life, and while at times I felt as if it was more of a test than a blessing, I truly see the gift of every step of my path.

If I’d never broken up with my past, I might never have found the courage to discover the future that was waiting for me.

I was able to learn exactly what kind of person I am, savoring the ins and outs of being a woman who is delicious in her unabashed authenticity.

I gave myself the gift of expressing my heart, in whatever form it felt best translated, knowing that the truth it held was something sacred and special.

Lastly, I was able to learn that my biggest gift to this world is simply love.

And that is the lesson which has enabled me to truly begin this new amazing life—a life that was waiting for me all along.