The Science Behind why we Should Ditch Diamond Rings & Costly Weddings. 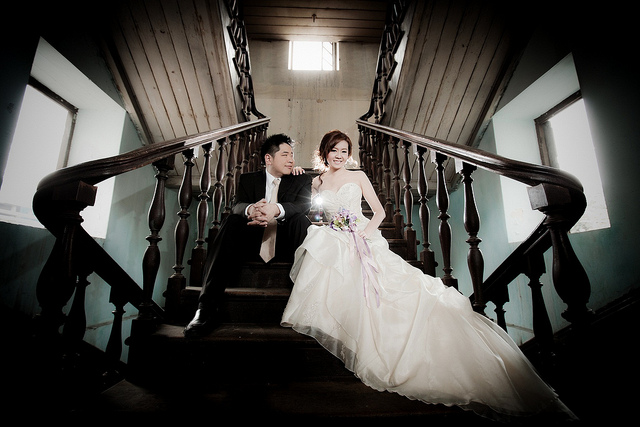 One’s wedding day is often said to be the happiest day in a person’s life.

While this is debatable, it is certainly one of the priciest.

At least if you happen to live in the U.S.

For instance, in May 2016, the Knot reported that the average cost of a U.S. wedding had reached an all-time high of $32,641 in 2015. What makes this number even more absurd is that this does not even include the honeymoon (arguably the most enjoyable part of a wedding). The average cost of an engagement ring alone was close to $5,871.

To put that number into perspective, the median U.S. household income was $53,657 in 2014 (according to the latest available U.S. Census.

Is it worth it to spend a large fraction of a household’s median annual income on a wedding?

What we value and how much we value something is a highly personal question that we ultimately have to answer for ourselves. At the same time, in order to make good decisions, I think it is important to have as much information as possible.

In terms of wedding and engagement costs, an interesting insight was discovered in a 2014 study by two economists from Emory University. The researchers found, after following a sample of 3,000 married couples, that spending big on one’s wedding and engagement ring did not seem to increase the likelihood of a happy marriage.

More precisely, the study came to the conclusion that “marriage duration is inversely associated with spending on the engagement ring and wedding ceremony.” Yes, you read that right, spending big on the ring and ceremony is actually shown to be correlated with a shorter marriage.

The researchers also stated that their “findings provide little evidence to support the validity of the wedding industry’s general message that connects expensive weddings with positive marital outcomes.”

What are some potential takeaways from this study?

We could take this research as an invitation to question the claims made by clever marketers that spending big on engagement rings and the wedding will lead to marital happiness.

Instead of deciding that more expensive is better, we could use the results of this study to encourage engaged couples around us to figure out which wedding setup truly supports them best, in terms of their personality, value system and finances.

We could educate ourselves—or the people around us—about alternate wedding concepts, such as eco-friendly green weddings, cost-efficient DIY weddings and/or ethical weddings that give back. An easy way to spread the knowledge is through sharing information and resources on these different approaches to tying the knot.

An easy first step to reduce wedding costs and decouple marriage from the marketing machine is to consider different choices when it comes to rings.

More precisely, couples who care about fairness and making smart financial investments may be much better off not buying a diamond ring, as a legendary journalism piece published in 1982 reveals. The author, Edward Jay Epstein, described how difficult it can be to sell an individual diamond at a profit.

For instance, he mentioned that the Dutch Consumer Association had tried to sell a perfect diamond of over one carat to 20 leading dealers in Amsterdam in 1976—only to be turned away by 19 of them. According to Epstein, the only remaining dealer merely offered a fraction of the original price. The article also mentioned selling attempts in London and New York City which were equally disappointing.

Apart from drawing attention to what he called the “steep markup on diamonds,” the author also revealed the marketing history that turned diamonds into a “must-have” for engagements. It described how De Beers Consolidated Mines, Ltd., an incredibly successful cartel, had been formed to control the diamond trade. With an ingenious marketing strategy detailed in this article, De Beers created the perception that diamonds are a sign of wealth and success, as well as a necessity for engagement and marriage.

When we buy a diamond ring, what we really buy into is an icky marketing strategy that wants us to believe we need this object to ensure marital love. Since many of us may find that distasteful, here are a number of alternatives:

With some creativity and research, most couples will find a way to create a wedding that truly works for them.

In my view, the most important lesson is this: it is probably the size of the love a couple has for each other (as well as their skillfulness in navigating conflict in relationship) that best predicts marital happiness.

If you would like to improve your relationship, please also check out my complimentary love and romance healing here.
~

Kindling the Fire: 3 Best-Kept Secrets to Staying in Love.