To Have our Needs Met—Without Apology. 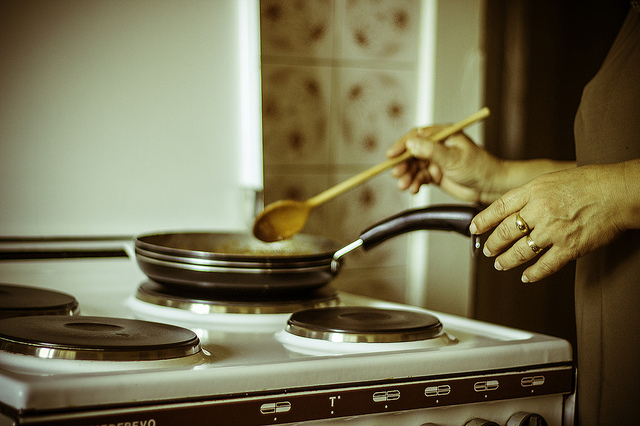 Today I received a package in the mail from my mother’s cousin.

Enclosed were recipes that had belonged to my mother.

In her distinctive handwriting were many notes thoughtfully written in the margins, “less of this,” “this is good,” “more cumin,” “less sugar,” and so on. She’d spend hours each day, combing the pages of Sunset magazine and Gourmet, collecting recipes and experimenting with their ingredients, perfecting them until they passed her muster.

At my mother’s memorial service in 2010, I read a poem I’d written for her called, “Snapshots of My Mother.” The poem invoked specific memories of her throughout my life, as snapshots were all I felt I had of her. After the memorial, my brother and I shook our heads and asked rhetorically, “What the f*ck?”

Our mother spent most of her life isolated from her large family—elusive, agoraphobic, remote, intelligent, curious, and an enigma to us. As a child, mom went to great lengths to attend to our physical needs, preparing nutritious meals, cleaning the house, and ensuring we were always well-dressed.

But she lacked maternal feelings.

She frequently suffered from migraines and “took to bed” for days on end. I often felt invisible around her and wondered why she bothered having us at all.

When I was 11, my parents divorced and I moved from Washington to Nebraska, joining my father and his new family—life with my mother was too lonely. After that, I only saw her five times before her death, when I was 48.

She remarried, and from that time, isolated herself at home, pampering herself with expensive skin products, spending hours carefully preparing meals, and endlessly studying topics including health, medicine, metaphysics and spirituality. Most of our visits were eventually cancelled; she was “too busy” or the “house wasn’t in order for guests.” However, during our monthly phone calls, she was 100 percent encouraging of any endeavor I attempted including graduate school, becoming a lesbian mom, various moves, new relationships, and home purchases. She was unconditionally accepting and there was never any judgment, no matter what I shared with her.

When my mom married Klaus, my gift to them was a recorded psychic relationship reading. I knew they’d appreciate the unusual gift.

In the reading, they were described as being siblings in their previous life together. Klaus had been older than my mother, who was feeble and confined to a wheelchair. When Klaus grew up and left home, she was devastated to be left alone in a desolate, dark, impoverished environment. He had been her only joy. And he felt tremendously guilty for leaving her there alone. According to the psychic, they created a soul agreement where Klaus would now take care of her. I listened to the reading with great interest, as my mother was healthy, but also a major hypochondriac. And according to his adult children, Klaus was a ladies’ man, who’d cheated on their mother. And they said he wasn’t much of a dad either.

I wondered how this would all play out in their relationship.

Soon after they married, my mother stopped working due to a series of debilitating illnesses and disorders. She needed neck surgery, which limited her ability to drive, and she gave up driving, relying solely on Klaus to take her shopping or out of the house. She needed a hysterectomy. She had other surgeries. Ultimately, she developed a slow-progressing form of lymphoma (so slow progressing, it wouldn’t impact her normal life span). And all the while, Klaus steadfastly doted on her and attended to her every need. “Yes, my love,” was the most frequent utterance I ever heard him make.

Mom and Klaus moved to Canada “for the health care.” When my mother entered the country, she was required to take a chest x-ray and a spot was discovered on her lung. Unfortunately, it took Canada two years to clear her visa so she could receive medical care. By then it was too late and she died at a youthful age 68.

At the end of her life, she lived mostly alone in a tiny Manitoba village, far away from her entire family, including her husband, who now worked and lived most of the time in Edmonton, coming home only long enough to complete his honey-do list once a month (an arrangement she orchestrated, as she was happiest alone, with nightly phone calls between them).

Remarkably, Klaus, who had been previously healthy, was diagnosed with terminal cancer just one week after mom passed, and died six months later to the day. When he told me about the diagnosis, I couldn’t help but tease him that his work here was apparently done, and he agreed; he had no interest in remaining alive without her and didn’t have any regrets. He’d fulfilled their soul contract, and was now free to move on to his next life. He had fulfilled his promise beautifully.

As for my mother, I have come to understand the point of her life, that it wasn’t about me or my brother. And that’s okay for me now—I get it and have forgiven her.

It was about her need to recover from the hardships of her previous life, to rest, to be cared for, and to enjoy and care for her devoted husband, fulfilling her half of their soul contract. She needed time for contemplation and to do the things she loved, like cooking, medical research, reading, and metaphysical study. Having done all that, she left.

During my last visit with her a month before she died, she told me she’d done all she’d ever hoped to do—be a homemaker, mother, to study, and to travel. She was content and had no regrets.

I now understand the lessons in her choices for me.

She was as loving as she could be, but she drew clear boundaries around what she needed to be happy, even when those boundaries meant saying no to the needs and demands of others, including her children.

Like her, I love to cook, read, write, and study. Yet my life has been one of extensive work and family demands, where I have been the primary caretaker and provider. Reflecting on my mother’s life, I’ve discovered that to be happy, I too, must honor my own needs, and that means not always responding to others when they beckon, not even my own son. She taught me to clarify what I need to be happy, and to create that for myself. And I am doing that now in really big ways.

When my son turned 18, fearing he might just spend his life on my sofa, I insisted he move out and become self-supporting; I would help him pay for college if he chose to go. I told my fiancée that if I moved in with her (rather than us purchasing a “neutral” home) that I need a private, quiet space to make art and write. As a wedding gift to me, she installed beautiful French doors and a private deck off a guest room, which is now my art studio. I told my boss I would no longer continue working a job that was consistently stressful, and I’d made the decision to become a consultant instead. She counter-offered with part time work, most of which can be done at home (and allow me to retain my benefits). I accepted. And although I cared for my previous housemate, I told her that she needed to find a new home when she would not housebreak her puppy after four months.

I now set boundaries without apology.

It turns out that my mother was a great role model in identifying her needs, and setting boundaries to get them met. And she felt deserving of having her needs met, without apology.

Her life wasn’t about mothering. Her life was about feeling peaceful, in control of her environment, safe, loved, and secure. I’ve come to reframe my ideas about her “isolating” to a need for her to “be on retreat” for this lifetime, in order to heal.

Despite my mother’s lack of involvement in my day-to-day life, few people have influenced me more than her. I’ll always be grateful to the one and only person who ever accepted me unconditionally, and provided words of encouragement no matter what I chose or experienced, even if she couldn’t be present to usher me through my day to day life.

And tonight, I’m making mom’s chicken tortilla soup just for my own enjoyment, with “more cumin” and “less chicken.” And I will savor a glass of her favorite Burgundy wine and toast her, in gratitude. 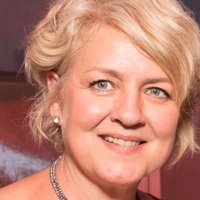