A Tribute to my Dad. 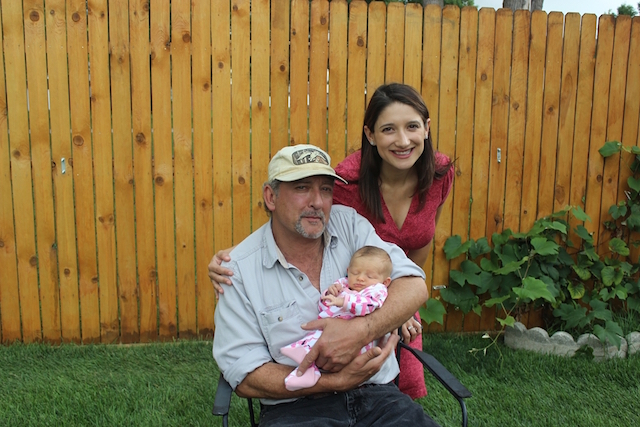 My dad would have turned 60 years old this week.

He was the hardest worker I’ve ever known.

Like most American holidays, Labor Day has lost its meaning, reduced to another long weekend, one more trip to the lake, the chance to score good shopping deals, and—depending on which fashion magazines you read—our last opportunity to wear white.

What started as a day to honor America’s working class—whose physical labor and skills built up the strength and backbone of our country—is now just another paid day off for a generation of lazy laborers.

If we ever earn our own holiday, it might be called Leisure Day. And good for us! I don’t say this to diminish the contribution of my generation. It’s just that we’re more creators than laborers. Many of us enjoy the privilege of working with our minds instead of our bodies.

We start our workdays sitting in ergonomic chairs, sipping Starbucks, while leisurely responding to emails—something I’m certain my dad never did. We have come to expect that work should be challenging, yet enjoyable, rewarding and fulfilling.

And for many of us, we have generations of true laborers before us to thank for that. Before retiring early due to a work-induced disability, my dad put in nearly 40 long years working at a steel mill in Detroit.

He started working there before he was even legally old enough. I guess he wanted to join the workforce so badly (or more than likely needed to), that he faked his age on the application, and instead of starting high school, he starting working in the factory.

Working a “double” and “overtime” were common words in our household growing up—usually the answer to “when will dad be home?” We celebrated many holidays without him as he labored to provide for our family. In my memories, he’s almost always wearing those light moss green denim work uniforms.

He put me through college, an opportunity and privilege never afforded to him, and when I left my secure job in 2011 to start a business, a card and check came in the mail days later, “Just in case.” And even though I told him I was doing just fine, the truth was, I was grateful for that couple thousand dollars that helped me get by until those first invoices were paid.

This kindness wasn’t surprising. He was generous with the money he earned to support the people he loved.

He was that uncle that filled Christmas cards with cash, gave U.S. Mint coin sets for birthdays, and gave loans to friends in need with no intention of a payback. Once when we were going out to brunch, I noticed his van was full of bags of dog food. It was for the strays he would feed on his way to work.

Going through boxes of his paperwork the other night, I sifted through mounds of evidence of a life devoted to hard and literally back-breaking work: endless pay stubs, safety manuals, a 35-year service award, paperwork from when he was injured in an explosion (a workplace accident that put him and his coworkers in the hospital, broke bones and left shards of steel embedded in his eye), warning letters for a round of impending, temporary layoffs—and then when the layoffs came, the rough drafts of a resume created by a nervous man who never once in his life needed one.

I can piece together this timeline and the impact it had on our family life. We missed visits and long periods of phone tag because he was working his 18th day in a row, or that rare trip to visit Uncle Jerry in Texas when he was laid-off.

And when he wasn’t laboring at work, he labored out of love: changing my car’s oil and replacing the brakes during visits home from college, helping a neighbor move furniture, or building trampolines, pools and swing sets for my brother Nick. The dedication he gave to raising an adult son with autism was the truest essence of labor and love.
The way he approached his work with such loyalty, commitment and sacrifice, have shaped my entire life.

He used his brain and his body to its fullest—day in, day out. He plowed through sick days, grief and exhaustion. He traded vacation days for more paydays.

He navigated the scary, nerve-wracking and unfair circumstances of business mergers, layoffs and new ownership.

His livelihood, his family’s future and the safety of those working around him depended on it.

We should all be grateful for the sacrifices our parents have made so that we can choose how we want to make a living. I think of him often, especially at the start of each work day, as I settle in with a Starbucks and log in to my email. 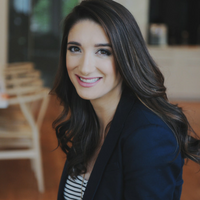