Buddhism in One Sentence. 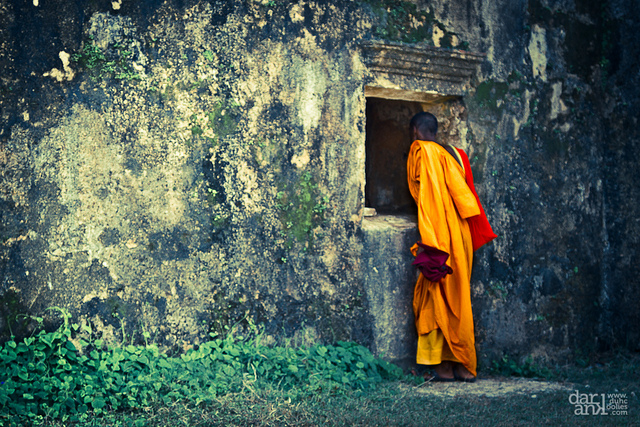 What Does Buddhism Mean to You?

A friend asked me this, casually, over tea this week.

I laughed in his face, mainly because of the simplicity he seemed to expect in response.

“That is huge! I could be here all day talking about that.”

My friend is from Nepal—Buddha’s motherland—and I sensed a challenge in his question. That is, would I come up with something more meaningful than borrowed phrases from a Waterstones self-help book?

I began sifting through my mind, trying to distill my own experiences down to the lithest of fragments.

I had it. I looked him in the eye.

“Buddhism, to me, means the ebb and flow of life.”

“What do you mean by that?”

Like a goldfish, I ventured with and subsequently dismissed words and sentences. None of them seemed to capture the point I was trying to make.

Then, I was back in Pashupatinath Temple.

Pashupatinath is Nepal’s most sacred temple. It is a pilgrimage site on the banks of the holy Bagmati River, where mourning families undertake final rituals for their dead.

The rhythmic tinkle of bells bounces around on the buoyancy of the drum’s bass, and the joyous combination of puja (prayer) sounds court me on the wind, whirling around my head in a scintillating invitation. Charmed, I follow the sound and exchange shy, curious glances with the shotgun-armed police men who stand like statues, protecting the most sacred alcoves of the temple’s courtyard.

The cobbled ground, uneven and dismantled by the earthquake, is awash with life. Livestock are adorned with the colorful reds and yellows of religious tikkas, Hindu priests are calling out blessings to passers-by, and children squeal and spin under the rapidly clouding sky.

A man grabs my arm from the right.

I refuse and continue on, advancing into a condensing throng of people. Undeterred, he is at my back.

Uncomfortable, I turn to look at him.

I repeat it more firmly. Then suddenly, at my left, there is a break in the crowd. Space is made, and through gaps in the crowd I see four men, lifting something from a nondescript, battered white van. They move in my direction, and one bumps into me but doesn’t notice. I turn my attention to what they’re carrying. It’s a stretcher. Sheathed in a white sheet. Beneath which, I can make out the shape of a human form. Unmoving.

Sniffing out my shock, the guide is quick at my side, sneering.

I am wordless. The sounds of the puja lull on the wind and the foursome move at pace, tripping over concrete on their way toward the Bagmati River. People part way for them, but there is no shock or surprise. I look up toward the riverbank opposite the ghats (steps leading to a holy river). It is awash with spectators. I am compelled to join them.

I move forward and introduce myself into the heaving organism. Smoke is heavy on the air, and all around people are babbling—on their phones, in groups and some even to themselves. It is a well-dressed crowd, with colourful saris, designer sunglasses and bright red lipstick. Here, I can hear the vocals of the puja, too, forming a trio with the company of bells and drums.

I look across the river. Above the ghats there is a platform, where a few small groups of people are huddled. One mobilizes and stoops to pick up a stretcher. The sounds of the puja seem to increase in intensity as the four men carrying the stretcher move awkwardly down the sacred steps. One trips slightly and the stretcher, containing a life-passed-for-now, lurches to one side. They recover and continue onward. Women trail behind.

The body is placed onto the riverbank, and the first-born son begins scooping water onto the man’s feet and legs. A woman, presumably his wife, screams. An unnerving, otherworldly scream, at a frequency and pitch I don’t think I had ever heard before. The scream descends into sobs and wails which are so thick that they seem to wrap themselves around the puja bells and buffer the jubilation which is usually so inherent in their ringing.

There is so much noise, but now I hear silence. I am crying. I have to go; my mind is urging me to run away. Go and find something pretty to look at. I turn to walk but suddenly, something is rooting me to the spot. With a knot of grief in my stomach, I continue to watch the family move through the ritual.

My tears are not for the family. They are for death itself. The fear of it innate in us all. I am face-to-face with the fundamental truth of life, the one we all strive to ignore to the detriment of all unharnessed potential that adorns our lives. Death. The ultimate loss. The ultimate end. My mind hates it and is protesting wildly.

But I cannot and will not walk away.

Then, a wail. But a different kind. A baby is crying somewhere in the crowd. Completely alive and ready to begin. New life, burgeoning forward against a backdrop of death.

Death and life. Life and death. Ebb and flow.

The tea cup is hot in my hand and my friend is still looking at me across the table. I haven’t managed a response. Ebb and flow—what did I mean? I shake my head, dumbfounded. 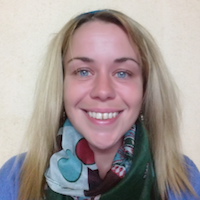