The Importance of Returning to our Source: Standing with Standing Rock. 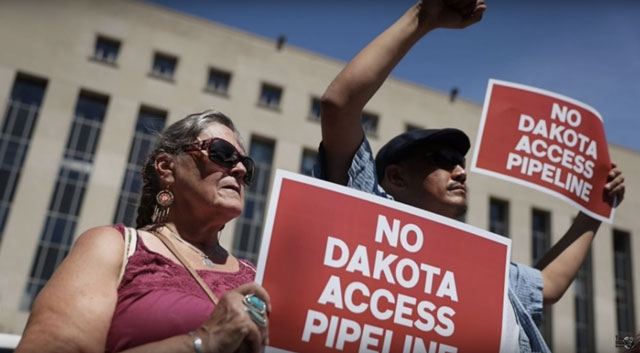 When I was 17, I visited my dad’s hometown. Three plane rides across the ocean and across Europe took us to a newly constructed airport in Beirut, Lebanon.

We drove through streets where bombed out buildings stood next to ancient mosques. We walked through a market that has stood for 2,000 years. In my un-tanned skin and Western clothes, I was a foreigner in my father’s land. Only half my blood like theirs—salty, Mediterranean waters mixed in my veins with my mother’s European line.

I met my grandmother on that trip. We pulled under the archway into the tiny town of Deir Amar. The same archway my father drove under when he left that town for Australia in 1972. A path he’d walked a thousand mindless times in his childhood was a path I walked attentively, curiously and cautiously as a stranger.

Her ankles were swollen and she was unable to stand for long periods of time. She spoke no English, but she took me into her large, soft body and kissed me with a sharp pucker that stung the way a grandmother’s kisses can.

Until then, she’d been an imaginary spring somewhere in the forest of my mind. I couldn’t have known all along I was swimming in the river that came from her, my very life depending on her. In her wrinkled face I saw the lush forest that had come through her. She’d had 17 pregnancies, birthed 12 and raised 13 children. I saw them like ferns coming out of rich soil, each child now with their own family, their own eco system, their own springs, and we were a thousand springs spread across the wide earth. Extended out in a million directions from her, through her—her children and her children’s children.

And I was doing what water does. I was cycling home. I was coming back to the source.

The day we saw the gravesite, we were heading to Baalbek. We stopped and ate freshly fried falafel from a stand on the roadside and continued up windy mountain passes. At a place that wasn’t particularly much of anything, my father asked me to get out of the car and follow him behind a house. We stood there, staring at the ground, my mother and father and uncle and I, when he broke down. Tears fell to the soil from my father’s eyes, and I began to cry at the sight of his sadness. It seemed his tears could have flooded the valley below us and merged with the sea, making the whole country disappear beneath the widened Mediterranean. It was here, I learned, that his father was buried. The cemetery had since been bulldozed and now functioned as a backyard for a concrete house with a young family inside.

“It’s okay to cry. It’s good to cry,” he’s been telling me since I was a little girl. It’s one of those things that’s been passed through the soil that holds our family tree.

I don’t know if we sat down or fell to our knees, but we were there together at the feet of my father’s father’s life. At the mouth of the river where it meets the ocean.

The spring moves the waters of our experience down through our eyes, through our wombs. Through tears cried onto dry soil, we teach our children it’s okay to cry. We are all connected by the water that flows down our cheekbones, tears that honor the dead. It is from one source that water moves in us, but some have never seen the spring.

And that’s why it moved me so when I read about the ancient burial sites of the Native Americans that were bulldozed at the end of last week.

The $3.8 billion Dakota Access Pipeline, set to cross under the Missouri River, one of the largest drinking water resources in the US, is under construction through North Dakota and runs through the Standing Rock Sioux Native American’s sacred burial sites. On September the 3rd, courts requested a map of the sites that were in the path of construction. Just a day later, on a holiday weekend, construction crews allegedly used that map to find and deliberately destroy these sacred sites. Native Americans and other protectors of the land and water witnessed the bulldozing of these sites while being held back by private security with pepper spray and attack dogs.

But I do not let it move me too far into anger. Dare I say that it is not the worst of tragedies to bring devastation to bones in the ground. We are all standing on someone’s grave.

What is tragic is when the soul is dead inside of the life that’s here. When there’s something that’s been pushed down so deep that they’ve been removed from what matters: the sites that matter, the water that matters. Some humans are dried up, unable to feel into the implications, unable to feel into the pain of one another, the way that your actions impact another. Some humans haven’t felt the kind of love that makes you fall back into the river of your own existence.

And before you’ve been made to know the sacredness of the water that flows through your veins and through the rivers across this world, you’re looking for it. You’re looking for the spring from which you came. And that emptiness burns.

The tragedy is that our brothers and sisters live asleep, afraid and untapped.

So if you’ve found the spring, then you remember what it was like to look for it. Look to the soil beneath your feet. Look at the wet footprints you leave behind you. The path you walked is now the one you’re called to show. Do not let yourself be taken by anger. Show them the water. Show them life.

While most major media outlets have been silent on this issue, I encourage you to seek out and support news outlets that are reporting like Democracy Now!, BBC News, and others.

To support your brothers and sisters at Standing Rock, click here.

Image: Screenshot from a video 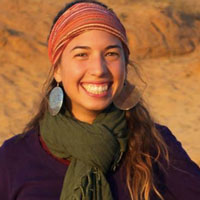