Why we should Never Automatically Trust our Intuition. 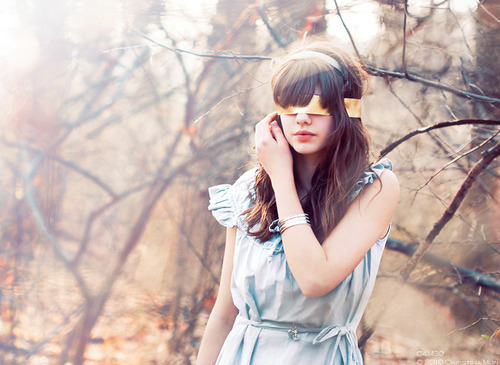 So many times I have heard people say, “Trust your intuition. It doesn’t lie!”

Well, I’m sorry to be the one to say this, but despite almost all the information out there saying differently, it is my belief that our intuition most certainly does misinform and lie to us.

Our intuition has been formed over numerous lifetimes and contains knowledge, wisdom, beliefs and patterns that have been passed down from our ancestors. We have an unquantifiable amount of hidden information that we aren’t even aware of stored in our DNA, which becomes knowledge and beliefs resting deep within our unconscious minds. This data may have been fine for the past generations, but we live in a totally different world and what may have been right for our predecessors one, one thousand, or one million years ago, may not be the right thing for us today.

Not only this, our own build up of data consisting of unconscious, subconscious and conscious memories, thoughts and feelings as well as remnants from our dreams or nightmares can jump in to assess, analyze and make judgments about our daily situations and circumstances. We then feel “sensations” that we often believe to be trustworthy.

Unfortunately though, not all of the information stored inside of us is reliable, factual or to be acted upon when our intuition communicates with us.

Throughout our lives we have all been subliminally—and also forcibly—conditioned by our caregivers, our friends, society, and by the media to think, feel and believe in certain ways—many of which begin to resonate with us purely because we have heard them being repeated so many times.

We can end up believing things that aren’t correct or that don’t represent our intended or desired ethics, morals or values, simply because it can be extremely hard work to question and dissect every detail of the data we constantly come into contact with. However, unless we do start to question our intuitive senses further, we could be carrying around and accepting information that has few connections to the truth.

How many times have you thought or believed something that resonated strongly and then later been told something new that totally challenged and turned upside whatever you once thought to be true?

It is happened to me too many times to count. And the oddest thing is, despite the fact that the original information sat comfortably with me at the time, when I learned the new, alternative perspective, I was dumbfounded as to how I could have ever have considered the first version, and, also, how I had accepted it for so long.

While I was holding the original belief, my intuition would have sent a warning to alert me to anything that slightly challenged or opposed it. If I felt that the new information was the opposite of what I initially believed, I may have felt a stirring within, possibly accompanied by an eruption of emotion. I might have felt triggered to defend, deny or to entirely reject the possibility that my belief could be wrong, and I would likely try to prove this by saying to myself, “My intuition tells me something different and I trust it.”

When really all that was happening was my subconscious self was just trying to hold on to whatever it felt or thought it knew to be true!

Human beings feel comfortable with habits and repeated patterns and anything that matches what we already thought or felt—and these things will be accepted far easier than something new. This is something we can change instantly by being brave enough to step out of our comfort zone and consider that there may be alternatives that we have not opened ourselves up to.

Our intuition is also known as our gut feeling. Our gut is connected to our Solar Plexus chakra, which is the center of our emotions and this is where we also have a cluster of nerves. This is the reason that whenever we sense something that doesn’t initially feel right, our gut can tense up and we may feel an uncomfortable pain in the pit of our stomach.

When our gut tightens, we often refer to that as our intuition warning us of something. But, it is actually our body producing a response to our circumstances and often the sensations that we experience are just a reaction to something new and could bring on anxiety or fear. Yes, we are often afraid of accepting that it is possible that something could be different to what we originally thought or believed!

Anything that we don’t understand, we fear. Even if the new information we are exposed to is only slightly different to something we currently understand—we will still likely produce an emotional response and this could be a subtle and barely noticeable reaction, or even a more extreme one.

Our brain has two sides and both have equally important functions. When we use the left side, we are logical, critical, analytical and objective, and when we use the right side we are intuitive, emotionally observant, creative and subjective. When we rely solely on our intuition we then forget the importance of the left side of the brain, which allows us to be consciously alert and offers us the ability to assess and study the information we have been presented with before automatically accepting it.

Using both sides of our brain allows us to both think and feel before we consider doing anything—also to do both before we create an opinion and believe something to be true. When we just feel without thinking, we are almost entirely influenced by the information we already have stored in our subconscious and unconscious mind and due to much of this information being outdated, we remain stagnant and will likely just keep repeating the same patterns, holding the same thoughts, having the same beliefs—remaining stuck and afraid to move forward toward new possibilities.

It is possible that the new information that we gain through balancing the left and the right brain could match what we already knew, or thought to be true, and, if so, then at least we have attempted to come to a rational conclusion before automatically accepting something. Therefore, we will eventually grow to trust our senses and find that we can start to rely on our intuitive feelings as the information we are accepting was reasonably weighed up before being deposited.

If we never rationalize information and rely entirely on our intuition, it is highly unlikely that it is serving us well, and although we may believe that it is working in our favor, it could be damaging us while also causing us to be judgmental, narrow minded and limited in our beliefs, emotions, thoughts and feelings.

Before we automatically accept anything or make decisions based on what our intuition tells us, it is essential that we first take a few moments to look a little deeper and more critcally to see if whatever resonates with our intuition is true for today, or for a past time that no longer is relevant.

A trustworthy intuition is something that needs to be focused on moment-by-moment, which will come natural when we remain consciously aware and mindful as we interact with others and fluidly move through our days.