A Reminder why we might actually want to Vote for Hillary. 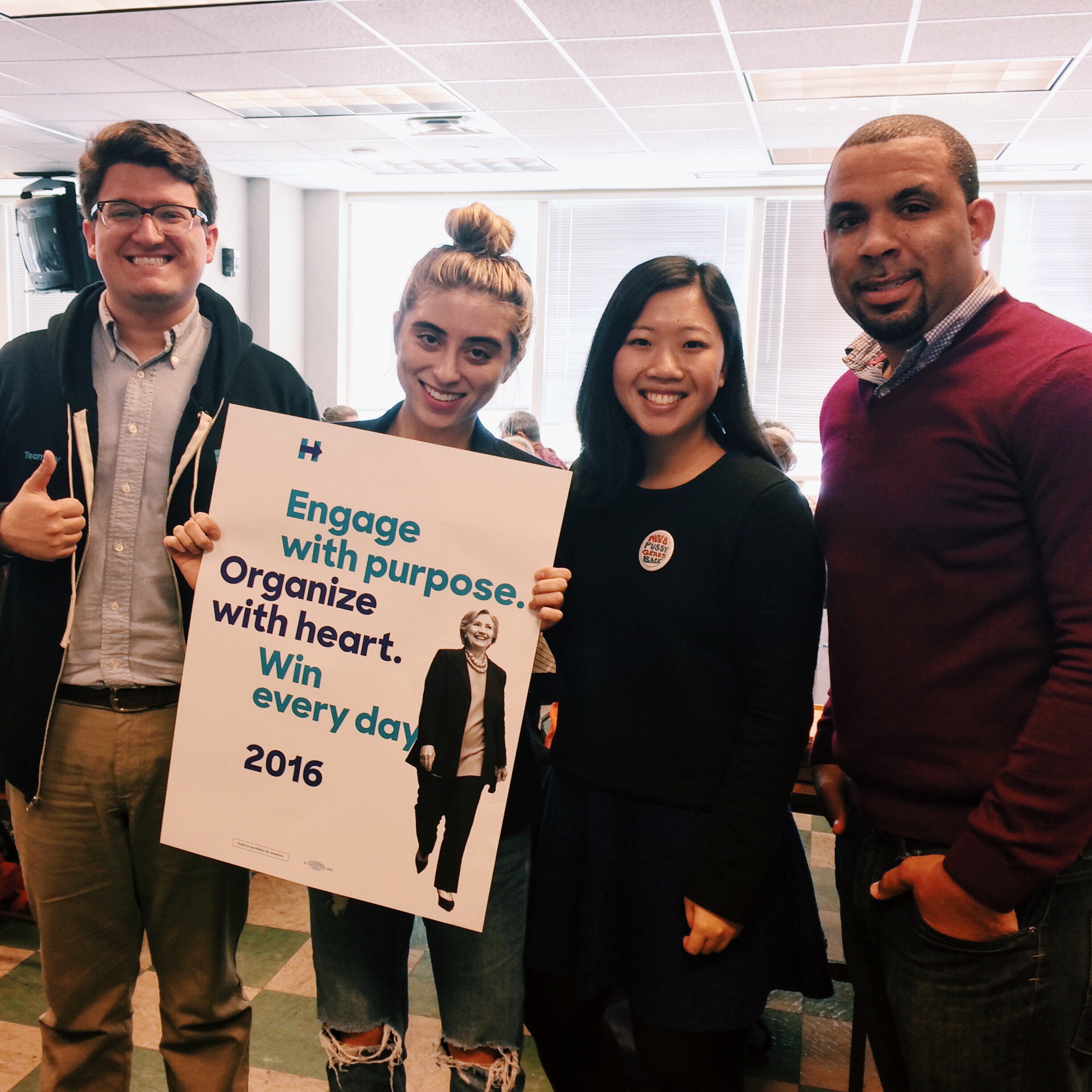 It’s no secret that this election season has been grueling. It’s been emotionally taxing, stressful, frightening and all kinds of disturbing.

I think most of us are over it at this point, just waiting for it to be a thing of the past.

I’m not over it yet.

I, among many others, am still over-the-moon ecstatic about the fact that we have a female candidate from a major party on the ballot—and not just any female, but one who is so undeniably prepared for this job that not even presidents of recent history can compete with her credentials. I cried happy tears on the night of the official nomination and I cried some more when I dropped my ballot into the mailbox, and both of those instances brought me back to the little seven-year-old girl with a big voice who found a role model in then First Lady of the United States, Mrs. Clinton. Those moments of both personal and historical significance struck the part of the young woman who is still that little girl, who realized upon her first recollections of hearing and watching Mrs. Clinton speak that women with a mission paired with the strength and determination to accomplish it—they have an important place in this world. They have the means to stand at the forefront of progress. They have the power to make a difference.

Obviously, I’m with her.

(And before anyone accuses me, just some clarification: Yes, I’m well aware of her platform. Yes, I agree with her policies. No, I’m not just voting for her because she’s a profoundly inspirational woman. But even if I were, who are you to tell me that’s wrong? And please, understand that this defensiveness comes preemptively because I’ve already been accused of such “ignorance,” and my best guess is that it has something to do with an assumption about me based on my age and gender. And should you dare to tell me I’m wrong to assume such a thing, I’d tell you to wake up to the reality that is our world. Try not to hurt yourself.)

Anyway, the intention behind this article is not to persuade you to vote for any certain candidate (even though you should definitely vote for Hillary Clinton) as much as it is to tell you that you should absolutely not be over this election just yet, because for whatever reason, that other guy is still around and there are actually people who support him.

I’ve been so deeply confused by this entire election. I’ve been pretty vocal about it, too. Politics aside, how could anyone support a selfish, dangerous, braggadocious and self-proclaimed sexual assaulter with a history of ripping people off and saying and doing horrific things? I genuinely cannot understand how an entire voting population in this country could even justify this guy’s personality, especially when he has almost no tangible policy to make up for any of it. (Not that such a thing could make up for his being a complete asshole, but you get my point.)

I realize that being a young female from a middle class family who grew up and lives in a progressive part of the country and who received a solid education, my perception of the United States is drastically different than that of someone who lives under the lens of a contrasting demographic. I know that my priorities are different when it comes to political ideology because my modes of institutionalization are different, and so my experiences in this country are different from the experiences of those who fall under other categories.

Still, I cannot fathom what kind of person would ever support the guy on the Republican side of the ballot.

As I mentioned, I’ve been pretty vocal about this issue from the get-go—that someone like this guy could run for the office of the President of the United States. However, there came a point when I felt that being vocal wasn’t enough. (Is it ever enough, really?) So, driven by both my love for Secretary Clinton and my panic-attack-inducing fear of the other guy, I decided I’d do something about it. Hillary for America needed volunteers at one of the New York offices to reach out to voters in crucial states, and so there I went.

I’d never volunteered for a campaign before. I should confess that my assumption was that the GOTV (Get out the vote) movements generally don’t do much; people already have so much information at their fingertips, why do we need to reach out to them? Don’t they already know how and when they can vote? What’s the use?

After signing in for my volunteer shift, I was given a cellphone and instructed to send a text message to an automated list of registered voters in North Carolina. The message was prewritten and it directed voters to a link to where they could find information on early voting in their county. As voters started answering, there were several prewritten responses I could send back, and I also had the option to write my own message if none of the responses seemed appropriate.

Some people gave pleasant answers like “thanks, already voted!” or “I’m planning on voting HRC!” and things like that. Others, as you can imagine, sounded more like “f*ck off you stupid f*cker” or “I’ll only vote Hillary for prison.” Many said something along the lines of “don’t ever text me again.”

But in the mass of weird and harsh text messages, one stuck out to me:

“Thank you. I didn’t know where to go to vote early and I can’t make it to the polls on Election Day. Can’t wait to vote for Hillary!”

And what that means is that not everyone’s voice is guaranteed to be heard in any given election—even if they want it to be.

It was this simple realization that personified a reality for many would-be voters across the country: they just don’t know. Maybe they don’t have a way of knowing, and maybe this is only perpetuated by the burning desire of a certain political party to keep it that way. I can’t say for sure. But what I can say is that I enabled at least one person to vote—and who knows, maybe she’ll tell her friends and family to make sure they know, too.

And in the grand scheme of this horrific election, that’s pretty moving to realize—that I have that power.

We have so much power. We absolutely cannot afford to waste it. Not ever…but certainly not now.

This election isn’t over yet, and our job as a conscious collective is to ensure that the other guy doesn’t get anywhere near the White House. The best way to ensure that is to vote for Hillary Clinton—and to reach everyone you can and encourage them to do the same, because maybe they don’t know exactly what they can do to make their voices heard.

It was that simple text message that reminded me of what it really means to live in this country: that every voice must be heard. That we have the power to use the voices we have and mobilize the ones that are often disregarded. That as citizens of the United States, we have an important role in this world. That we have the means to stand at the forefront of progress—and need I remind you, I don’t think a “leader” so irrevocably bound by his own hatred that he knows virtually nothing about anything can offer such a promise.

Don’t let anyone tell you otherwise; we have the power to make a difference. This is your call to action. Now is the time to answer it.

If you would like to volunteer with Hillary for America, you can find opportunities near you via the Volunteer Page.

A Third Party Wrong does Not make a Right.