Why our Country Needed Donald Trump & Hillary Clinton to run for President. 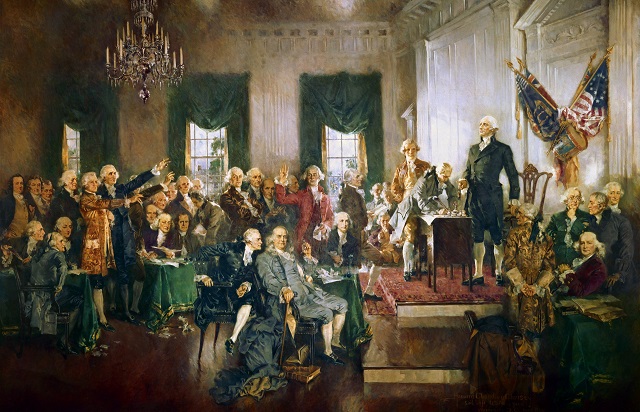 Bonus: Trump is now selling ‘Jail Hillary’ shirts. Even given this degraded campaign, I don’t want to believe that Trump is actually selling this on his web site. How low can we go?

Our country needed a wake up call.

For months I have been horrified that these were my two choices for president. Donald Trump, a narcissist with no experience in politics. But could he possibly help our economy because of his success as a businessman? Hillary Clinton, a woman who I’m not sure I trust. But is she really trustworthy and been painted as someone who isn’t?

It all seemed like such a mess until I recently had an epiphany.

I have been going through my own personal mess and wake up call. I experienced subtle behavior for a long time that I did not recognize as emotional abuse until recently as the behavior has become more aggressive.

This has pushed me to open my eyes to the reality of the way this man treats me. After years of experiencing destructive behavior, not seeing myself as deserving any better, I am now coming to a place where I can see that this treatment is not okay.

As a country we are also waking up to the realization that certain behaviors that have existed for years are not okay.

As I watch the debates, I notice Donald’s demeaning comments and gestures toward Hillary. I find myself looking to Hillary, hoping she will stand up to this abusive behavior—for herself, for me, for all women.

I want her to stop smiling and stand up to him.

As we witness Donald’s racist comments, his vile treatment of women, many of us who have experienced abusive behavior feel our anger increasing with each comment. As a result people are rising up in a way we haven’t seen for a while.

Native Americans are standing up for themselves in North Dakota against a government that does not value their land and the promise they made them.

African Americans have had it after years of not being treated with equal respect.

Women are speaking out against having to endure way too many belittling comments, mistreatment, and disrespect in their everyday lives and in the workplace.

Donald Trump is an abusive man running against a woman. Seeing that play out in front of us has unearthed what has been brewing in a lot of us for years. It needed to happen—just like I needed my abuser’s behavior to become unbearable so I could finally see that the way he treats me is wrong.

I have felt small and powerless for a long time. I have felt afraid of this man, intimidated by him. When I receive his emails my body feels shaken and rattled. It has been difficult for me to stand up to him.

Watching Trump speak to Hillary—bringing up what Bill Clinton did years ago that wounded her, threatening to put her in jail, talking down to her, discrediting her, making passive aggressive comments—I see control tactics. I see a man who does not believe a woman is worthy of kindness and respect. Sitting up straight, I wait for her response. Whenever she responds with strength, dignity, and poise, I feel something inside me strengthen.

What I have been going through in my own life is pushing me to stand up for myself in a way I haven’t before and that has given me the power to stand up to other abusers as well.

The other day I witnessed a man coming out of a fast food restaurant yelling at his kids.

He walked toward me, puffing up his chest, looking angry and intimidating. A fierceness came over me. I was so tired of being afraid of guys like this. As he kept yelling at me to mind my own business, I stuck out my own chest, opened my arms and said, “What are you gonna do about it?”

His daughter came and stood next to him. I looked at her sweet, tender face and said gently, “The way your dad is treating you is not okay. And it’s not your fault.”

The way Trump treats women is not okay, and it’s not our fault.

The way police profile African Americans and treat them differently is not okay, and it’s not their fault.

The way our government is infiltrating the land of the Native Americans in North Dakota is not okay, and it’s not their fault.

The message from an abuser is there is something wrong with you and you are not worthy of respect and kindness.

It is time for us to wake up and know there is nothing wrong with us because we are women, gay, black, Muslim, transgender, Native American, or children. We all deserve to be treated with equal respect.

We needed these two to run, to be on the world stage. We needed to see abuse play out in front of us because our outrage moves us into action.

Our country needs to heal. We need to not be okay with abusive words and abusive behavior.

This is a beautiful country that was founded in the name of freedom.

My hope is that this election will bring each of us more strength and healing in our lives and, as a result, this new way of being—of living—will spread and create a country where we are all truly free.

I want the United States of America to be a country that values the people who live here, that advocates for them; a place where we are free to disagree and do so with respect and kindness.

So, America, I know this election seems like a mess and it brings up a lot of fear in us. Take heart my lovely ones. There are amazing people in this country and this ickyness we are experiencing is leading us to good things.

Change starts with each of us individually. Let’s stand up for each other. Let’s not turn a blind eye anymore, and let’s fix what is broken inside and around us.

Bonus video, in which folks start to feel hopeful again about the future: 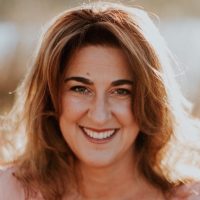 Debbie Mirza is the author of The Covert Passive Aggressive Narcissist: Recognizing the Traits and Finding Healing After Hidden Emotional and Psychological Abuse, and The Safe… Read full bio