How the Grinch Found Yoga. (Again!) 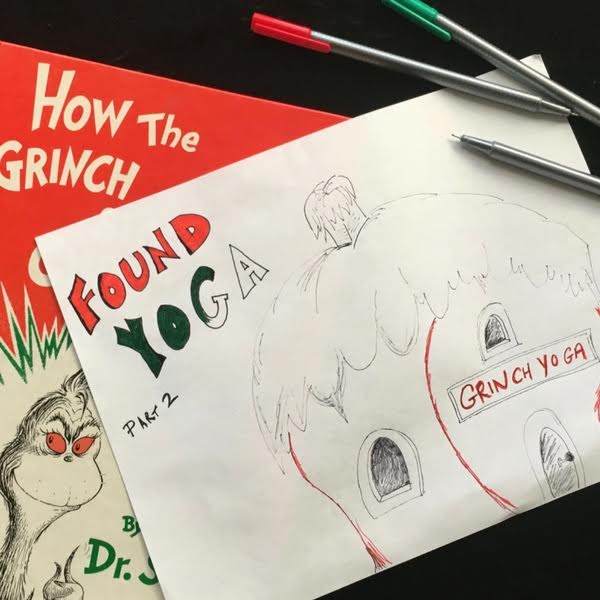 When last we left off in the Yogaville district,
The Grinch had found yoga, his heart optimistic.
Dedicated yogi he was, trekking to town every day.
Heading straight to the studio, never going astray.
One day in particular as he walked in with his mat,
A new flyer was posted, he stopped in his tracks.
With eyes growing wider, he lost his Grinch cool.
In bold letters, he read: Yoga Teacher School!

Then the teacher strolled in; the breathing started.
The practice began, his effort half-hearted.
His mind so distracted, excitement barely contained.
He remained calm on the outside. The inside he strained.
And the more the Grinch thought of this whole teaching thing,
The more the Grinch knew he must do this training!
And the longer he pondered, with wheels endlessly turning,
His head grew bigger, his ego mindlessly yearning.
“Why, for two years now I’ve come to this space!
I know I can do it, I can take over this place!
I will be the best teacher this town’s ever known.
From miles they’ll come, they will build me a throne!”

So with focus and agenda, his journey began.
He studied and practiced, fine-tuned his Grinch plan.
Bought all the books, memorized all the right words.
Practiced the sequence, his goal never deferred.
And the day finally came, his certificate arrived.
He gave his dog a sly smile, and then a high five.
Of course, first on his list, doing what all legit teachers do,
He opened a Twitter account and a Facebook page too.
He took a few selfies; upside down in the snow.
Posted on Instagram with requisite yogic style prose.
He filmed YouTube videos, with his dog Max as his pupil.
It took only one day, and his followers quadrupled!

This was still not enough for his yogi star scheme,
The final touch was added, a completion of his dream.
A new studio he began building on top of Mount Crumpit.
He called it Grinch Yoga. Well, that pretty much summed it.

As he stood on his mountain, looking down at the town.
His shifty eyes landed on his final takedown.
Watching the yogis, the tall and the small,
Bustling to class, this would not do at all!
So just for good measure in the middle of the night,
The Grinch snuck into his old studio and stole everything in sight!
He took all of the mats! The candles for lighting!
The sign on the outside! His emotions delighting!
All the pictures on the wall! All the cubbies in the hall!
All the lights that were hanging! He left nothing installed!
He stole all of the schedules and workshop brochures.
Then he snatched his teacher’s notes, just to be sure!
And then, just in case all that wasn’t sufficient,
He tweeted cruel words. A clearly Grinchish decision.

And before you could say #yogaeverydamnday,
His new home was completed; Grinch Yoga here to stay.
He bounded through the door, new clothes on display.
Prepared to teach his first class, without any delay.
His teacher’s words mastered, his yoga jam cued.
Exuberant and giddy to the utmost magnitude.
With great confidence and ease he patiently waited.
His ego, of course, 10 sizes inflated!

He waited, and waited and waited all day.
But not one yoga student came, not one,
Through the doorway!
And there the Grinch remained, puzzling for hours.
No sense to be made. Why, he had even planted fake flowers!

As he sat on his mat in deep contemplation,
He heard a soft noise, a humming vibration.
He looked out of his window; eyes followed the sound.
He shook in surprise as he gazed down at the crowd.
And he shook, and he shuddered at this most disturbing of views!
In the yoga studio he had emptied, the yoga class grew!
They twisted and turned and chanted away.
Nothing the Grinch did had ruined their day!

“No, it can’t be! I’ve done everything right!
Photos and followers! Hashtags and websites!
New floors and fresh paint, in perfect location.
Thousands I spent on this yoga education!”

And then what the Grinch did, without even thinking,
He packed up old Max, crept to town, his pride shrinking.
He walked into the studio, well, some would say slunk.
But all would agree his high hopes had been sunk.
He looked at his teacher, Yogi Lou Who,
With questioning eyes, heavy heart, feeling blue.
And she tilted her head, raised an eyebrow.
Told him to sit and to get rid of his frown.
And with a slight wink, she proceeded to speak:

You can’t steal yoga, within is what you seek.

It’s not a fancy pose. It’s not rhyming prose.
It’s not a personal platform, for a Cirque du Soleil show.
No matter the location or the color of the walls.
The flowers planted. The track lights installed.

Doesn’t matter the words strategically placed.
What matters are actions executed with grace.
Followers will follow, and likers will like.
But none of this matters if you behave with dislike.

For students to emerge you must teach from your heart.
It’s inside of you too; it just needs a jump start.
The only way out is to go through, the only way through is to go in.
You must do the hard work, stop believing your own spin.
Some days will be easy; others will not.
(On those days, two words: tequila shot!)
It’s an ongoing process this self-study thing,
But in the end will be discovered the best kind of bling.
The glow from the inside will be quite distinct,
When your intentions and actions are completely in sync.

And the knowledge you search for, you already possess.
At this moment it is there, it just needs to be accessed.
Your purpose discovered. Clearly defined.
It is here, my Grinch friend, you will find peace of mind.

And this wisdom you have can not be shanghaied.
No matter what happens. Though, some will surely try.
Oh, they will try! Oh yes! They will try, try, try, try!
But when they go low it will teach you instead how to fly!
Keep the focus on you and others won’t matter.
Silence, you will find, trumps the meaningless chatter.

And it won’t be about selfies or how many likes.
Your followers on Facebook or a playlist contrived.
It won’t be something learned in two hundred hours.
Your silent voice inside contains all your power.
And it won’t be what’s trendy or Instagram fame.
Or the RYT letters you attach to your name.
Find the teacher inside, and the students will appear.
Not always an easy task. Trust yourself and don’t compare.

So, back to his mat went the Grinch and his Self.
Old Max snoozing soundly in his bed on the shelf.
His playlist deleted, his pride feeling cheated.
But the worst part of it all, his spirit depleted.
He got out of his head and started to work in.
It didn’t take long for the transformation to begin.
He found his way back to where he began.
And slowly let go of his Grinchy yoga plan.
His ego grew weaker, his monkey mind meager.
His compassion expanded, mindfulness was eager.
His goals disappeared, replaced with intention.
And in this still space, he found his connection.

And what happened then? A revelation some say.
The door opened up, students walked in and stayed.
They laid down their mats, spaced barely an inch.
They all stood together, surrounding the Grinch.
And the Grinch looked around, not believing his eyes.
They finally opened up as he slowly realized…
“This teaching it seems doesn’t come from a book,
Not words that are mimicked or how a studio looks.
It’s not perfect alignment or abdominal locks.
Not master playlists or five different props.
It’s not how you speak, or the way that you walk.
It’s in owning your truth and walking the talk.”

Then, the Grinch found his voice, and also his heart.
(A bit shaky at first, but an impressive good start.)
He guided the practice; they breathed and they flowed.
Compassion and honesty always in tow.

In unison, they moved. Together sang the last Om….
And there in his Self, the Grinch finally found home. 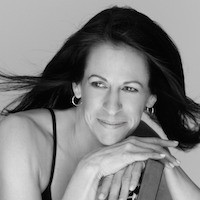