How to Deal with Well-Meaning Naysayers. 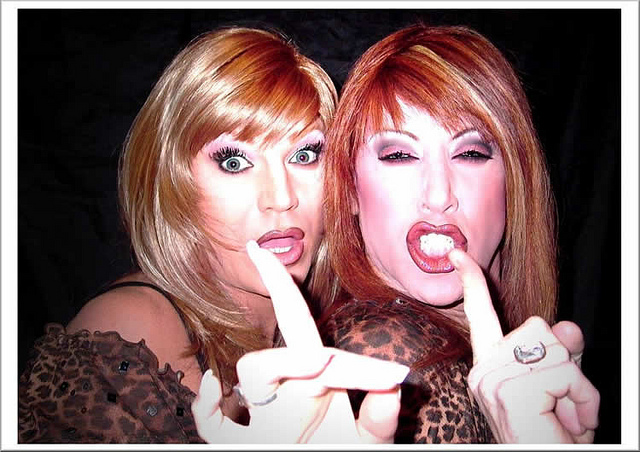 The well-meaning naysayer is here to help.

They are here to ensure you don’t put off having a baby (“If you leave it too late, they’ll come out deformed or not at all!”), or a wedding (“I know he’s not perfect, but you don’t want to be left on the shelf, do you?”), and don’t even think about upgrading or switching careers (“be realistic, competition will be tough, there’s no security!”).

“I’m just saying it because I care,” is their motto and heaping fear is their method.

The well-meaning naysayer has your best interests at heart, but anytime you deviate from the traditional path of university, traditional career, partner, children and death, you become a beacon for their anxiety. Chaos will reign if you do things differently, so they try and steer you back onto the path with exhortations to “be realistic.” The problem is they may not realise they’re undermining you. So when can you expect this helpful soul to pop up, and how can you (politely, respectfully) pop them back in their box?

Marketing consultant Claire Nettley experienced the naysayers full-force when she quit a high-paying job in sports marketing. “During that time I heard lots of ‘Are you sure? It’s not worth the risk, how will you survive without that income?’”

Fortunately, by that time Nettley knew from experience why it pays not to listen to her well-meaning naysayers. At 18 she turned down university offers to go to London and pursue a career in the music industry. “People told me I was crazy. ‘You’ll never get a job in music, everyone wants to do that, get a proper job with more security.’ It was so disheartening.” Nettley persisted, and ended up working with Simon Cowell (Jay-Z was a client) before starting her own artist management company at 23.

“It taught me to work on a ‘need to know’ basis. It also showed me that as many people as there are who tell you what you can’t do, even more will admire you for showing courage and give you a boost.”

Now, as she runs workshops and coaches people on how to set up and market their own business, Nettley sees the corrosive effect the “be realistic” brigade have on her clients. “Fear is the biggest thing I come up against. Clients already have that fear of ‘Who am I to do this? I’m not good enough’ but it’s exacerbated by those closest to them saying ‘most businesses fail, so save yourself the heartbreak.’ Everyone has an opinion when you want to do something ‘different’ or unusual, but dreams fall over when you listen to that fear.”

“I tell my start-up clients that there are two types of naysayers; those who tell you something isn’t possible perhaps because they’ve let fear hold them back in their own lives, and the ones who give you the occasional reality check without completely destroying your confidence. They’re the ones who say ‘You can do this, I have every faith in you but have you thought of X?’ You need them on speed dial! The others who tell you can’t do it, you’re crazy—thank them for their input, and politely change the subject.”

Naysayers are useful when you can use them to motivate you, says Sancia Robinson, originally an actor, now a producer on Spicks and Specks. “The first thing they told us at NIDA is that actors have a 98% unemployment rate,” she says. “‘If you think you could do something else, go do it. There aren’t enough seats.’ I just thought ‘F*ck that sh*t, I’m gonna make a seat.’”

You know who else made a seat? Russell Crowe.

When a casting agent was auditioning leads for The Power of One, Sancia worked as a reader opposite the male actors. “Every morning we’d get there and Russell Crowe would be sitting in the corridor, asking the casting agent for an audition. They’d refuse—they were after a younger looking guy, but Russell kept at it. Every day for a week until they finally agreed to audition him. He didn’t get the job, but they passed his audition tape on to a few people and I can tell you he wasn’t sitting in corridors begging for long.”

The trouble with naysayers is they often hit you where it hurts.

My friend Elena comes from a cultural background where if you’re a woman without a husband and kids in her 30s, they take you to the pool to see if you sink or float. “I just lie and tell people ‘I’m internet dating, it’s going well, and I’ll let you know when I meet someone.’ Their warnings don’t spur me to action, they make me think that if I don’t meet someone in time to have kids, I shouldn’t go crying to them about it.”

That’s the rub; listening to our instincts instead of the naysayers means we have to accept the consequences of our decisions without expecting their support. But this is made easier by cultivating relationships with people who won’t say “I told you so.”

As Nettley says, “The only person you should listen to is someone who’s walked that path. If I’m going to India, I’m going to ask advice from someone who’s been there, not someone who saw Slumdog Millionaire and freaked.” If in doubt, evade if you need to, but under no circumstances listen to them.