It took a Child to Teach Me I am not Invisible. 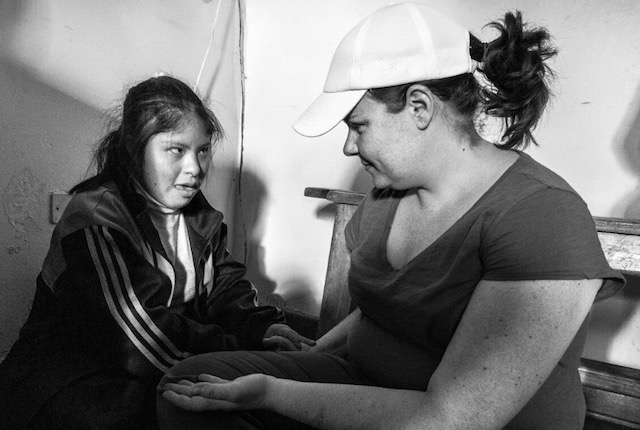 “You already are that which you seek.” ~ Ramana Maharshi

I went to Peru and signed up for a volunteer opportunity called Give and Grow, expecting to find my gift.

Instead, a little girl gave me the greatest gift of all.

We went to three different orphanages in four days.

On the third day, we went to an orphanage for handicapped children and it changed me to my core.

I was nervous going in. We had spent the previous two days in a different project and I found myself struggling. We were there to play with the children—to show them that they matter. This was so much harder than it sounds. It would have been easier to be busy, to build something or accomplish some kind of measurable result.

So much of our lives are scheduled, results-oriented and way too serious.

Playing with children in orphanages demanded that I be present, open and playful. It was not easy.

We were a large group and I kept looking around, comparing myself to everyone else who were doing a better job of face painting or even just cuddling with the children. I felt a lot of self-imposed pressure to look busy and I felt really out of place.

I wandered from the room to outside and back for awhile, looking for something to do. I sat down beside one little girl and started banging a drum. I handed her one too and she smiled and giggled when I figured out her pattern and matched it.

That’s when I saw her. A little girl sitting by herself on the floor against the left wall, hidden in the corner behind the stereo. She was trying not to be noticed. Normally I would turn away but for some reason I decided to sit in front of her. I brought her glow stick bracelets. She took them and threw them away. I tried several times with the same result. I found a pink balloon and tried to engage her with that but it didn’t work either. She got up and threw the balloon outside.

It would have been easy to give up but something kept me there.

On my next attempt, I started clapping and eventually got her to play patty-cake. We sat together in the corner for the rest of the afternoon as she explored my hands. At one point she reached up and touched my face. Sometimes I would let her clap my hands for me. Other times I put my hands on her head or shoulders. There were times when it would get to be too much, so she would push me away, but I always felt drawn to back to her.

The noise of the room fell away and I didn’t notice anything or anyone else around us. I was more present than I’d ever been.

The most incredible moment was when we made eye contact, I noticed a tear forming in both of our eyes. At first, I tried to reason that it was something to do with her disability. All of a sudden there were tears streaming down her face. It happened more than once. I remember thinking, “there’s a person in there.”

In truth, I was drawn to her for a specific reason.

I’ve spent most of my life trying not to be seen, trying to make myself invisible. I saw so much of myself in her. I’ve realized that so often I’ve pushed away the people who were trying to see me—who were trying to connect with me. I have a tendency to be uncomfortable, to run and hide from any kind of attention.

She didn’t speak. I don’t know her name, her age or anything about her but I do know that we connected in a powerful way, without a single word. I learned that it wasn’t about the “stuff” that I brought her to play with—all it took to make a deep and meaningful connection was already within me.

A group member shared this quote on the first night:

“You already are that which you seek.” ~ Ramana Maharshi

Sometimes the deepest connections come from a kind and healing touch, from letting someone know that you really see them. I know that she really saw me too and that was the gift she gave me. 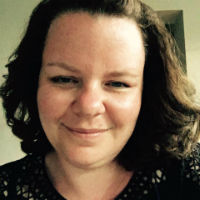