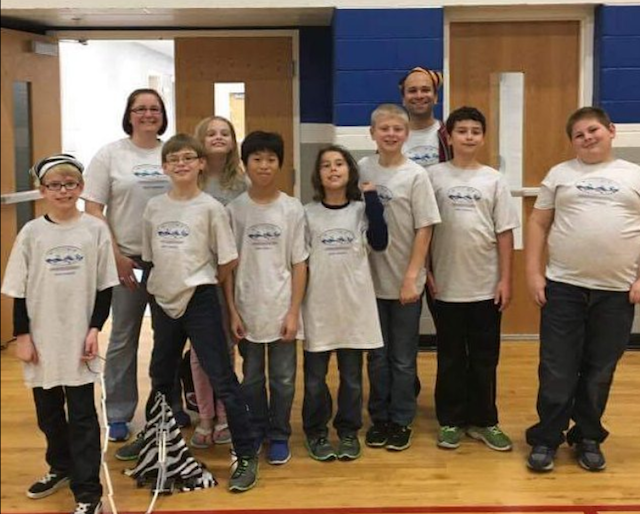 “Walk with the dreamers, the believers, the courageous, the cheerful, the planners, the doers, the successful people with their heads in the clouds and their feet on the ground. Let their spirit ignite a fire within you to leave this world better than when you found it…” ~ Wilferd Peterson
~

I watch as my daughter types at the team laptop computer; her blue eyes focused on the screen as jumbles of letters flow from her fingertips while two of her teammates give enthusiastic input.

Meanwhile, other teammates stand at the table assembling a robot made of Legos discussing arm design. “What will work the best?” I hear one ask another. In the corner, two more team members review the material on the trifold board that they will present later on.

I admit I was overwhelmed a bit at the prospect of my second eldest daughter, Anya telling me she wanted to join Lego League. My knowledge of programming was limited at best.

Fortunately, she and her teammates have been blessed by having amazing coaches that helped find tools to help them with the more technical aspects.

I didn’t know then that Lego League was so much more than programming and building with Legos. It is teamwork and cooperation. It is problem solving. It was so satisfying seeing their robots carry out jobs across a table. This year their problem involved scooping up a Lego piggy and delivering him to safety.

I watched as her team did all of their work by following these core values:

>> Teamwork matters. Each teammate had part of the project to complete which can only reach its maximum potential if everyone pitches in. I think about how much this applies in real life when we work together with fellow dreamers to get so much more done than we would on our own.

>> Finding solutions with guidance of coaches and mentors.

>> Learning together because coaches won’t always have the answers and even if they do know the answer to a problem, they realize there is something rewarding about finding answers with peers.

>> Competition is friendly. Her team exhibited an amount of respect and admiration for their fellow competitors as they watched their solutions unfold.

>> What’s discovered is more important than winning. This value was one that hit me the hardest. Recognition of a job well done doesn’t matter so much as doing the task. The feeling doing something for the betterment of others is its own reward!

>> Sharing what’s learned with others. This fosters a further collaboration as we adults hear what amazing ideas these kids have.

>> Graciousness in all that they do. We correct them, we watch them submit ideas to each other. Over and over, I hear from these eight young people, “Thank you.”

>> Having fun! They giggled, they played, they learned. It was a beautiful thing to see. 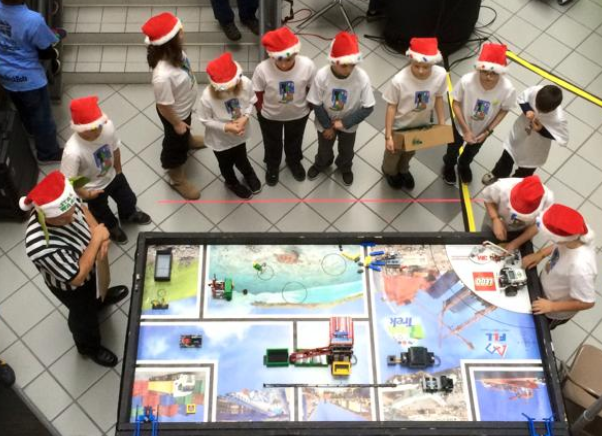 My favorite thing from the competition is watching the children sharing what they learned—each year they have to do a project to solve a real life problem. Last year was recycling. This year teams worked with solutions to help animals as animal allies. In this project, they had to identify a problem with animals people interact with, design a solution, and present the solution to a person who may help with the problem and then a panel of judges.

Anya’s team worked to find solutions to dolphins caught in nets by modifying the nets. The other team from her school proposed a poop station that service animals could flush themselves so that people with disabilities wouldn’t have to worry about it.

As I sat in the awards ceremonies, I heard teams find solutions for more humane bee keeping, protecting bat populations, and many other issues. I was overwhelmed with pride at these young people’s big hearts to want to make the world a better place.

This was just a small part of a bigger picture, as currently First Lego League has over 255,000 participants in 32,000 teams in 88 countries! The program is growing. Our school went from one team last year to two First Lego League teams and one First Junior Lego team.

Two things prohibit the expansion of this program, however…

>> One is funds: Lego kits, computers (to help in programming), and the table to practice all cost money. We got lucky. One of the coach’s employers donated the funds to fund the team. We also had a parent donate an old laptop to the team which was perfect. A parent built the table for us. Community came together to help these young people succeed!

>> The other is coaches: Each team has to have at least two adults to help the kids. This is a daunting task as we coordinate eight kids’ schedules and two adults’ work schedules. Again, we have been lucky as we had coaches generously donate their hours to these kids. (This isn’t even mentioning my best friend who has been a superstar behind the scenes collecting kids after school this year and last. Or the fact that her rockstar husband has actively tried to spread the word in our community because he realizes there’s interest and a lot of benefit.)

Both of these issues are things that everyday people can help with. The first solutions lay in encouraging local businesses and individuals to invest money and materials for programs like this. The second, by volunteering time, when we’re able, to such causes makes a tremendous difference. Personally, I believe the time is more valuable than the money. These kids absolutely couldn’t get where they did in this program without their coaches.

And if neither of these options seem realistic—well, Legos themselves are fantastic tools for problem-solving fun. After all:

“The true parents of creativity are curiosity and necessity.” ~ Max McKeown

More information about my local FLL is here. 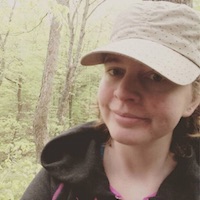 Lindsay Lock is a creative writer and poet. She is currently freelancing, parenting four kids, and planning her next adventures in life. Yoga and nature are her refuges. You … Read full bio