Why I became Mexican (instead of Lebanese) Overnight. 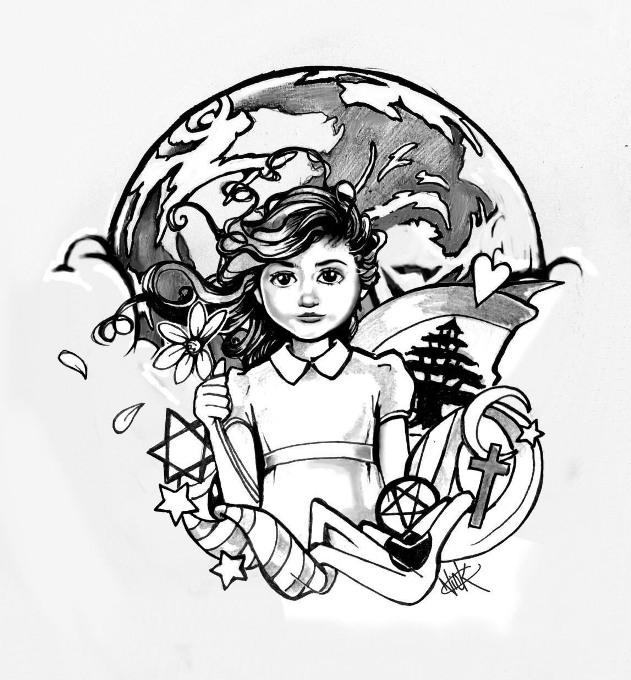 I moved to Japan in 2001 shortly after September 11th and attended an American school there.

Clearly, it was not the best time to be Middle Eastern, but I underestimated the identity crisis that would soon become my life. I had thick curly hair, bushy eyebrows, and a nose too big for my face.

Most of my peers were Asian, African, or white American. The popular girls had straight hair, small eyes, and button noses.

Rather quickly I began to get bullied, which wasn’t new to me. The amount of times I moved around as a child ensured that I was always the “new kid,” and more than often, the “different” one too. But these bullies came at a harsher time, as if puberty wasn’t hard enough to deal with.

In the beginning when I introduced myself, I tried best I could to explain where Lebanon was on the map, and why I was so good at math. In time though, I became a joke. The more it became known where I was from, the more I was bullied about it.

At the time, defending my country’s honor and pride wasn’t on my mind—being popular was, so I made a bold decision: I became Mexican overnight.

I tweezed my eyebrows, spray tanned my skin, and got really good at makeup. Like every deliberate lie I’d ever told in my life though, I knew my identity had to exist further than my skin, so I created a story. I told everyone I was named after the Mexican model Elsa Benitez, and that my former last name had an “E” in the beginning of it and an “O” at the end, which ironically, was pretty accurate given that Arabic and Spanish last names tend to be similar.

I owned my new identity. I became nearly fluent in Spanish and proud of the fact that I was named after a model. Eventually when I got into modeling, my story gained even more credibility.

In just a few years I’d gone from unheard and made fun of to one of the most popular girls at school. On the inside I was still insecure, and the new found compliments didn’t seem to undo the damage.

I continued to roll with the punches though, until I finally had the platform I wanted: good friends, a large group of acquaintances, haters, and guys galore. I decided it was time to come out with my true identity. I slowly started revealing my true heritage and I was prouder than ever of being Lebanese. In fact, I belly danced at the school talent show two years in a row in front of hundreds of people.

I stopped over-tweezing my eyebrows, got better at modeling, and befriended my bullies.

What I realized was what separated me from my bullies was never race. It was fear, brought on by ignorance.

Ignorance that I come from a beautiful country with gorgeous women, white sand beaches, luscious green mountains, and the best night life I’ve ever experienced. All they knew was what the media showed them, and we all chose to believe how spot on those sources were.

It’s easier to make fun of someone who is outnumbered because no one has their back, but that’s not an excuse. What I did wasn’t conventional, and it wasn’t easy either. The effects of it continue to linger, but I’ve twisted it in ways I never thought I was capable of.

I’m still in touch with every person that bullied me, guys and girls alike. I’ve taken great strides to engage and educate them and others about my heritage and my culture.

From explaining on Skype that Lebanese supermarkets carry Gatorade, the reasons we speak French, and why some Middle Eastern women wear the hijab and others don’t, I made it my mission to clarify faulty perceptions. My mission didn’t end with my bullies though. I continue to engage people around me every day to clarify the misconceptions that surround the Middle East.

There’s nothing I love more than sharing a gourd of a Yerba Mate with my Caucasian coworker and teaching her how to strike up a conversation in Arabic.

The point is, whether or not the person “in power” is a racist, you still have the freedom to decide how to influence the world around you.

You can have an identity crisis like I did, blame the universe for your situation, and breed more hate and ignorance than is already present, or you can stand up for what you know is right. It is critical in times like these to stand together, regardless of race or political affiliation. We need to stop assuming and to stop using our status in society as an excuse to divide ourselves from each other—when we do so, we increasingly add to the problem.

What I see in America is not a problem with racism, but a blatant national identity crisis.

Fear breeds ignorance, which breeds violence. But education is the enemy of fear. Educate people. We owe ourselves and the world we live in at least that much. We don’t want to hate each other—but those behind television screens, with billions of dollars and vague agendas, want us to.

When we divide, they conquer us. When we unite, we conquer them. With all due respect to any politician in power, you do not control the fate of the world.

Image: With permission from Nick Lopez 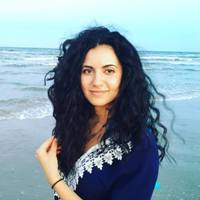