An Ode to the Unexpected: 7 Spiritual Lessons from a Football Fan.

Despite growing up in the football-crazed South, I was never much of a football fan.

It wasn’t for want of trying.

In high school, one of my friends patiently explained the concept of downs to me over and over again until I finally understood first downs were good and fourth downs were bad. In college and law school, I attended football games faithfully. But, truth be told, I enjoyed the tailgates far more than the game itself.

And then, for almost a decade, I didn’t think about football or watch another game.

But then, I synchronistically moved to Seattle the same year the Seahawks won the Super Bowl.

The timing of this might make me sound like a fair-weather fan, but nonetheless, I discovered in my second third of life a love and an enthusiasm for the game of football that I never thought possible!

Even more surprising than my newfound passion for football, though, I found that despite the seemingly violent nature of football each game seemed to offer me new and profound life and spiritual lessons.

So, in honor of all of the players and teams that are now actively vying to move forward to the ultimate win of the 2016-2017 season, I offer up the amazing lessons that their weekly playing has taught me over the past several years.

This lesson seems simple enough on the surface but I think it’s a lesson that we—or at least I—often overlook. This season’s Seahawks game against the Arizona Cardinals illustrated this lesson best.

Throughout the game, I kept commenting to my sister that neither team was really playing like they wanted to win. Sure enough, in the end, neither team could pull through with a win and had to settle for a tie.

Sometimes, to actually win, we have to play like we want to win.

2) Going all in is key to success.

Along the same lines as the first lesson, going all in is key.

NFL players dedicate a significant portion of their life to training and preparing for their careers. There’s no doubt that a certain level of natural ability plays into their success, but they have also left nothing on the table in preparing themselves to reach the top level in their field.

Similarly, if there’s something we want to achieve in our day-to-day life—be it obtaining a new job or having a successful relationship with a significant other—we too must go all in and leave nothing on the table.

3) Life can change in the blink of an eye.

This lesson was illustrated well in the Seahawks second game against the Arizona Cardinals this season. During that game, Tyler Lockett, while attempting to make a catch, suffered a broken leg. In just seconds, Tyler went from an active player on the roster to the injured player roster.

Our lives can also change in any moment—for better or worse. We could suddenly win the lottery and become millionaires, or we could be hit by a car while crossing the street.

On the surface, this seems like a scary lesson, but really there’s something freeing about it. We never know what life holds for us and we can find hope in the fact that our circumstances are not permanent life changes.

In a similar vein, another lesson I’ve learned by becoming a football fan later in life is that just because your team is on top, doesn’t mean they will stay on top.

After all, have you noticed the same team winning the Super Bowl year after year?

While some teams seem to make it into the playoffs more often than others, there’s not a single team that has won the Super Bowl each and every year.

Which actually leads us to our next lesson…

In everyday life, it’s often difficult to spot miracles, but on the football field, not so much—miracles abound.

Whether it’s a last minute amazing throw and catch to score a touchdown or the kicker making a 60-yard field goal, you are bound to witness a miracle while watching a football game!

6) Grace is a difficult gift to accept.

On the other hand, watching a football game can also remind us that it’s not so easy to accept gifts of grace in our lives.

The best example of this for me occurred when the Seahawks lost the Super Bowl in 2015. After a miraculous pass and catch left the Seahawks with 20 seconds to take the ball two yards to the goal line, it seemed almost certain that the Seahawks would score the game-winning touchdown to clinch their second Super Bowl win in a row.

Instead, the next pass was intercepted and the Seahawks lost the game.

While I was discussing the outcome of the game with my father the next day, he told me, “Elise, the Seahawks are just like the rest of us…They have a hard time accepting grace. They couldn’t accept the grace of that miraculous catch, and so they blew the touchdown. It’s that simple.”

And this leads to the seventh and perhaps most important lesson I’ve learned from football:

Even though our lives may change in the blink of the eye and we may have a difficult time accepting grace, common ground always builds community. As fans join together to witness the ups and downs of their teams’ records, a sense of community emerges—even amongst people from extremely different backgrounds.

Perhaps, this lesson is the reason I actually fell in love with the game of football long after I began watching it. See, when I moved to Seattle, I couldn’t believe the community of 12s that surrounded me and showed the city’s deep and abiding support for their beloved NFL team.

Everyone—from homeless people to the ultra-wealthy—seemed to join together in their love of the Seahawks. I was just as likely to find a small 12 flag in the window of a person without a homeless person’s tent as I was to find an oversized 12 flag flying from the balcony of a two million dollar condo.

Ultimately, it was this sense of community that drew me into the game of football. 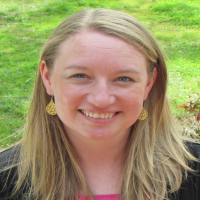