Breaking up with Success: How I Set the Finish Line on Fire. 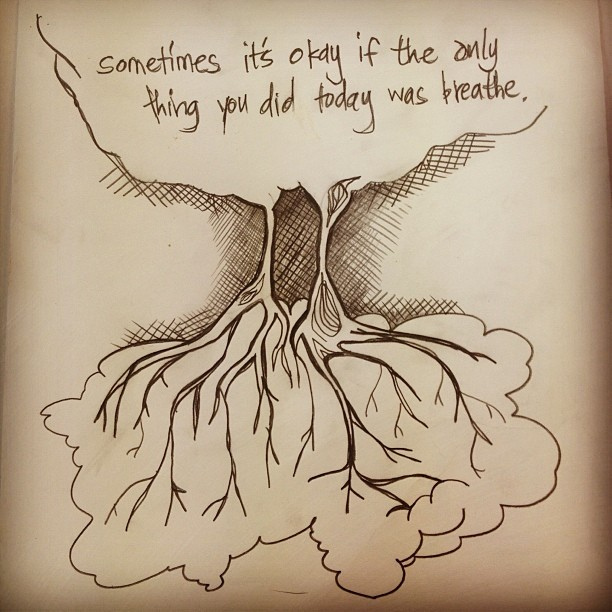 I’ve been on a rapidly deepening spiritual path as of late—at times finding myself in a profoundly different space than I was mere months ago.

This journey of digging deep and restructuring my life from a place of authenticity started several months ago when I began to ponder my relationship with success. I had recently turned 35, and was shocked to realize that I could no longer play the, “Well, I’m basically still in my twenties” card.

I knew something was amiss with my feelings about success—I felt it in my body. There was an uneasy sensation right in my gut anytime I thought about what success meant to me. I knew I needed to explore this further.

Around this same time, I rejoined my Mastermind group after a short hiatus. The Masterminds are a group of individuals who gather weekly to share their wins, lessons and dreams. My first task after rejoining the group? Declare my goals to accomplish by the end of the year.

It didn’t take me long to decide what they would be.

I had started several projects (some dating back over 12 months) that I had never finished. I know myself well enough to know that I love starting projects, but am incredibly inconsistent when it comes to following through, so I declared that this year I would “Own The Finish Line.” That meant finishing my Personal Trainer studies (started August 2015), editing the film I wrote and shot (in May 2015) and completing one of the many writing projects I’d started over the years.

I wasn’t wildly excited about any of these goals, but they were both ambitious and achievable at the same time. What appealed to me most was knowing I would learn something about myself in the process. I’d learn what it looks and feels like to buckle down and commit to something, rather than losing interest and letting it go unfinished. I’d learn what it would take from me and who I would need to be to actually follow through.

As is often the way in life, what I set out to learn or achieve was vastly different from what I ended up learning. And this is where my relationship with success comes in.

After spending half of my life as a professional ballet dancer, and more than five years in leadership coaching programs, my idea of success had become pretty rigidly defined. While I’d done a lot of work on myself and knew, on a logical level, that success was whatever I defined it to be, there was still a part of me that struggled to believe it.

Boiled down, my view of success was that merit and worthiness are in the results, and those results better be bigger and shinier than the person’s next to you.

Observing the world around me, my theory only appeared to be proven right. I saw that status and achievement equaled worthiness, and that almost no one is celebrating just being—being alive, being human, being connected, being kind. So my addiction to needing results and wanting so desperately to make a powerfully positive impact on the world had created a chasm of self-doubt and a prevailing sense of failure.

What did I have to show for my endless ideas for philanthropic endeavors and contribution? Next to naught.

I did the things I knew I should. I celebrated the small achievements. I practiced gratitude every day. I focused on being a positive and inspiring influence to those around me. But underneath, I still felt “less-than” because, at least in my mind, I wasn’t striving big enough. I wasn’t achieving visible-enough results. I was floundering.

Every day I was surrounded by people who happily rode the “Follow Your Passion” train, where life is about finding that one thing you love more than anything and throwing your whole heart behind it. And in stark contrast, there I was, floating and lost, desperately grasping at anything that looked like it could or should be “that one thing” for me. In that world where everyone was passionately pursuing their thing, I felt like the ugly blob that appears on an artist’s palette when too many beautiful colors have mixed together, creating nothing more than an undefinable, unappealing shade of brown.

Resorting to one of my favorite places to figure things out, I stared journaling. Writing extensively about my view of success and digging into the beliefs I had around it, I challenged the part of my mind that wanted nothing more than to point at the world around me to reinforce those old beliefs. Instead I chose to take an honest look at how these beliefs manifested in my life and affected the choices I made.

The body doesn’t lie. It is the most powerful tool we have for connecting with our unconscious. Even though I knew logically that success, much like beauty, is in the eye of the beholder, my unconscious mind was holding vehemently onto a different belief. A belief that got me through life as a ballet dancer, and through my journey up to this point, but one that was no longer serving me or my sense of fulfillment.

It was time to let go.

Apparently I dug so deep that for a while there was not much left. Apathy set in hard, and for several long weeks I simply felt empty. I felt neither sadness nor joy. Neither fear nor frustration. Nor was it a numbing. It was an emptiness—a new level of detachment. I continued to go through the motions of life, not feeling much, but knowing the answer would be in me somewhere. I’ve since learned that I was entering a Dark Night of the Soul, as defined by Thomas Moore.

I started to listen through meditation, asking, “What am I here to learn?” In that quiet, I was able to hear in a new way.

What I learned is that I was an empty vessel—a blank canvas—and it was time to fill myself with everything I wanted. It was time to paint my inner world with those things that would have me truly succeed. Like Bastien Balthazar Bux rebuilding Fantasia from a grain of sand (yes, that’s a NeverEnding Story reference!), I was in a place where I could create new beliefs, new emotions and new ways of being.

I meditated on joy, on gratitude and on abundance. And I meditated on letting that be enough. Every time my mind tried to grasp hold of achieving something, I would notice it, let go and let gratitude, joy and abundance be enough.

Great success will happen in time—or it won’t—and in the meantime, I will live my life on fire because I painted it that way. 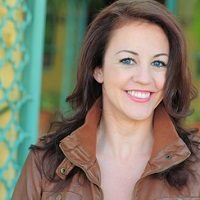