To the best of my knowledge, I’ve never been on the receiving end of adultery.

You can be damned sure I’ve never cheated on anyone either.

But I’ve dealt with it in the family. By God, that was bad enough. It might as well have been me, the way it ripped my world in two as if I were being torn down the middle and dragged through the dirt.

I tend to be incredibly patient—even with those who hurt me. Usually because I have this (sometimes rather annoying) capability of seeing things from everyone’s perspective. Perhaps you are the same.

I’ve learned my lessons through the process and through witnessing the suffering involved first hand. I have learned that having patience with adultery is a little like punching yourself in the face in order to be kind to others, when really you’re not doing the other person any favours either. (Great, you’ve become strong and resilient. Good for you! But they get away with becoming increasingly spineless and not thinking to do any work on themselves.)

I had more time for this, at one point in my life. More patience. My understanding was that sometimes, a relationship goes wonky and someone has to be the bad guy to make a change. But even then, it was obvious that decency and mutual respect dealt a better hand than disrespecting your partner and upending your own integrity. It might be helpful if people were willing to do the hard work, have the difficult conversations and hone in on some level of self-awareness and personal responsibility.

It helps to keep tabs on one’s own happiness before acting on various impulses. It helps to hold ourselves accountable for hurting those who trust us.

I have run out of patience with those who are patient with adultery, even though I was once one of those people myself. I am impatient with a society that seems to take adultery on the chin. It seems to be considered more socially acceptable, or at least more normal, than it used to be.

There’s something about this year that feels like we’re leveling up, though. We’re desiring deeper, more authentic relationships. Hopefully, we understand that growth and intimacy come with hard work and mutual respect. We want relationships that honour our internal code of ethics and desires for life. Unlike previous generations, we’re no longer willing to subjugate our own happiness for the happiness of others. But I hope we’re adamant about going about it in a mindful way.

I have observed that those who do not stand by their word, making empty threats to leave those who commit adultery, only undermine their own credibility. People stop taking their threats seriously. If I say I’m going to leave someone who’s not treating me with respect, I should mean it. My actions should follow suite. Otherwise, the whole desperate charade becomes ineffective. I would lose both traction and the respect of my “partner.”

I know—when we love someone, it can be immensely difficult to slice through the attachment we feel in our hearts. I reckon this is why we need to physically leave, create space and cut contact for an extended period of time. Not to hurt them, but to help ourselves overcome our own brain chemistry in order to make the change and honour ourselves.

I’ve never been married. I don’t know what it’s like to go from loving, idealistic newly-weds to—whatever you’d like to call it when those things fall apart.

But I feel like it’s time we were all done with all that.

Sometimes we get into relationships for the wrong reasons.

Sometimes communication—and therefore, genuine intimacy—falls by the way side. We lose track of what we want. Or we have demands of our partners which ossify the friendship and respect that relationships are supposed to be built on.

Surely these things are worth addressing?

Either way, I wonder if the reason things fall apart is because we haven’t each committed to living our own personal legends. We haven’t committed to living the fullness of what is inside of us that calls to us with a furious fire. We forgo the vitality in ourselves and search for it in others. It becomes about what we get, rather than what we give. When they stop giving it to us, we search elsewhere. Because together and independently, we have become stagnant. Our un-lived dreams or expectations of ourselves and one another begin to eat away at us. Consciously or unconsciously. Instead of addressing it, we cop out.

Both of my sets of grandparents stayed together.

My father’s parents are both in their late 90s (Granddad is 99!), and they have been married for over 74 years.

My mother’s mother married when she was 18. She was happily married to my grandfather until he died at 85. She is now 92, and I have never heard her utter anything but sweetness about him.

What happened to that?

Are we blaming it on the freedom created by the contraceptive pill? Women’s liberation? Or our “planned obsolescence” kind of culture? Do we blame it on the internet? On too much choice? Or that we are chopping and changing jobs and countries so rapidly that we take commitment less seriously? We’re on the look out for something “better,” “out there.”

A man I know blames it on our biology. He seems to think men are wired for this kind of thing and that’s just the way it is. I wonder how he would respond to a man who treated my sister or me this way.

Why do we become so blasé that we allow ourselves and our relationships to go stale? Why do we grow weary with staying present?

Why do we settle for relationships that don’t uphold our principles?

Why do we allow ourselves to get so bored or busy that we disconnect from those we “used to love.”

Sure—we can look at it in the light that we are “just animals” or that we’re not “designed for monogamy.”

If you’re not the monogamous sort, don’t commit yourself to a monogamous relationship.

Do yourself and your partner the honour of being real with yourself about that.

If you are the monogamous sort and you know that you no longer want a relationship with someone—the right thing to do is to communicate that. Hopefully the two of you will be able to move on from there, with integrity.

We need to know who we are and what we believe in.

Enough not being clear with our messages.

Enough undermining ourselves and one another.

We each deserve respect. 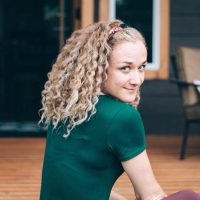