“You’ll Change your Mind”—on the Choice to be Child-Free. 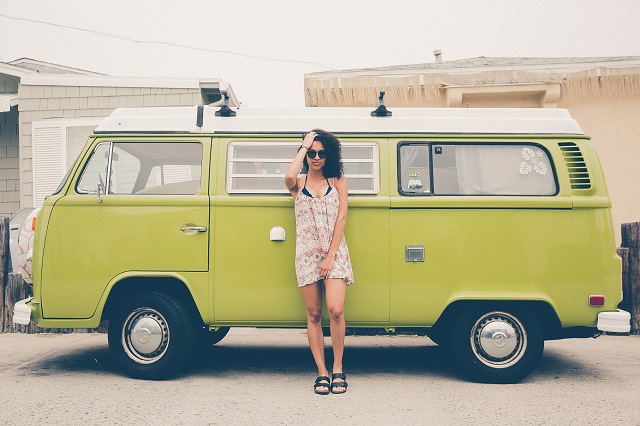 When I was 12 or 13 years old and planning what my future was going to look like, I came to the conclusion that I didn’t want children to fit into it.

There was no real reason. It’s not that I hated kids or don’t respect them or anything like that. I just couldn’t realistically imagine myself in the role of a parent, the way that I could never imagine myself becoming an astronaut. I suppose I could be a parent but I just didn’t have the drive or interest to pursue it.

And, besides, kids are a huge commitment.

I started to realize this around the time that I started planning out my life. The things that I really wanted, after all, were things that required a lot of time and money. I wanted to travel and I wanted to write—those were the two most important things that I needed to do, and both of them would be difficult to balance with two-point-five mouths to feed. So the answer, to my 12-or-13-year-old-brain, was simple—I couldn’t have everything, so something needed to be sacrificed. And fulfilling my womanly role of repopulating the human race just wasn’t that important to me.

People’s reactions about this decision were varied. On the one hand, my peers didn’t care all that much. Nobody questioned me extensively, nobody thought it was weird. As I’ve grown older, I’ve discovered that a lot of people from my generation have decided to forego parenthood and I’m not actually that unique for coming to this conclusion. We’re the generation that grew up struggling financially, after all, the generation that was told repeatedly that the world’s overpopulated enough. And we’re also the generation that, from what I can tell, has started more openly questioning the roles that society expects of us.

Then, on the other hand, were the reactions of my much older relatives.

I told an older, paternal figure that I didn’t plan on having children, and he got so angry at me that he wouldn’t talk to me for a few minutes—and his was one of the better reactions. At least he actually took me seriously for a moment or two! For the most part, my claims were dismissed by people.

“Ciara doesn’t plan on having any children,” I remember my mother telling my great-aunt once, to which she responded with an easy, brief, “oh, that’ll change.”

And after that, people would act as though the claim hadn’t been made at all. Even after I announced my plans against parenthood, older family members would still speak to me as though my future was set in stone, reminding me whenever I brought up writing that I might have to give that up someday so I could care for my two-point-five sacks of poop and drool—as though my becoming a parent was more important than my being satisfied within my own life.

There was a period of time in my teens where I didn’t just not want children, I was actively against the idea, because the thought of procreating felt like playing into the narrative they all expected of me. I was to grow up with these big dreams, and then throw them away when my biological clock started ticking and some handsome person with a penis came along. It’s as if I didn’t have a choice in the matter, and the fact that I thought I did would change because that’s just how life is. No freedom. No choice. Just shut up, play your role, and be happy.

I’m 22 years old now, and less bitter about the whole ordeal—mostly because I’ve embraced the fact that I do, in fact, have a choice.

We, as a society, tend to think that there are only so many acceptable ways to live our lives, but that’s a lie. The world is endless, people are varied, and we can do with our lives as we wish. And so long as it makes you happy and doesn’t hurt anyone, no way of living your life is wrong.

As of now, I still can’t see myself in the role of the parent, but who knows what the future will bring? I’m not saying that my mind will change because I have a biological clock to maintain here, but I am saying that I’m young and I have a whole life ahead of me.

Maybe I will marry a man, and have two-point-five screaming kids with him. Or I’ll marry a woman, and have children with her. Maybe I’ll marry someone who escapes the gender binary completely and have no children at all. Perhaps I won’t get married, and just spend my life writing and travelling.

No matter what, they’re all equally valid options.

All we have to do is choose the option that makes us happiest, and anyone who dismisses or disagrees with our choice doesn’t have to live with it anyway.