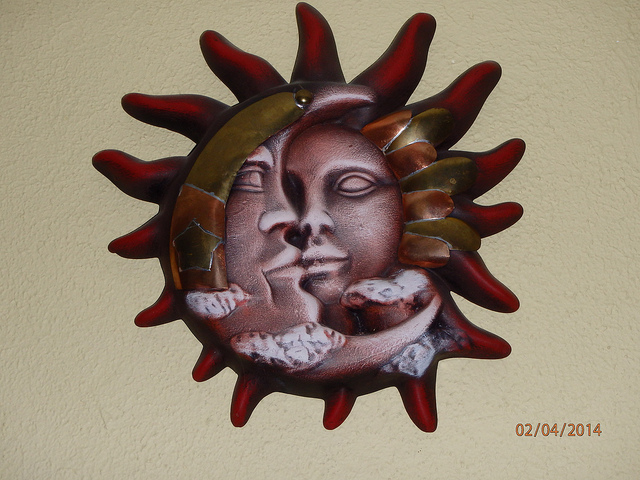 **Whether Astrology is science or magic, we’re open to most things, if they may be of benefit. ~ Ed.

“You often meet your fate on the same road you take to avoid it.” ~ French Proverb

On Saturday, February 11th there will be a full moon lunar eclipse at 22 degrees Leo.

This eclipse is the last of a series that goes back to September of 2016, so we can expect whatever was happening around that time in career, health, or love to come back up for review.

Yet, it’s more than that this time around; there’s a feeling of fate stepping in and taking over.

It’s not often crucial to mention what degree the moon is transitioning in; however, this month we have the occurrence of both master numbers playing their part in this event.

In numerology there are two master numbers which are never reduced to a single number; these numbers are 11 and 22. The number 11 has a strong tie to twin flames, and it’s widely believed that seeing 11s (including 11:11s) is a sign from the divine that our twin flame has or will be appearing soon.

“11:11 is the universe knocking itself out to give you evidence of your alignment.” ~ Abraham Hicks

Ones represent new beginnings, alignment with divine power, and the ability to bring about our deepest desires through faith. In combination with the power of master number 22, this full moon eclipse will be nothing short of spectacular.

Master number 22 represents our intimate relationships; it’s considered to be the master builder. Eleven brings possibilities, and 22 makes it happen.

Not only is anything possible with this full moon—we will have the power to build on it, too.

Our sun will be in Aquarius during this time, emphasizing our need to find the truth at all costs. We don’t always see the reality of a situation, because we aren’t ready to. And sometimes, no matter how blind we wish we were, we can’t help but see what’s really going on.

Everything happens as it is meant to; chaos often leads to order.

Since the most recent eclipse in this series, we have had six months of lessons, six months of growth, and six more months to live the questions in our hearts. There’s no rushing this process; even if we became frustrated at times because we wished the answer was easy, we realized that sitting with our experience was the only way to truly make sense of it.

Maybe we left something behind last September. Perhaps we left things done in such a way that now we find them unraveling. Or maybe we just left something undone. It could have to do with an aspect of our careers or general lives, but it more than likely has something to do with our hearts.

“In a sea of people, my eyes will always search for you.” ~ Unknown

While our sun is in independent Aquarius, our moon is in passionate and fiery Leo. Leo is ruled by the lion, the king of the jungle. During this event, we will be challenged to see if we have stepped up as the kings and queens of our hearts…or are we still trying to talk our hearts out of their true feelings?

Our hearts want what they want—and they won’t rest until they get it.

This eclipse could be a game changer for many of us. There are too many components to easily dismiss it all as synchronicity.

Of the many heavy astrology and numerology elements, one of the most interesting is the pentagram, which will be present in the skies during the time of the eclipse.

Its appearance means that change will be not only swift and unprecedented, but will also bring us exactly where we are supposed to be. This pentagram is all about bringing and restoring balance to whatever area of our lives we left undone in September.

Things may move fast; they might be unexpected. Or, maybe, life may finally start to feel like it’s making sense.

There are no mistakes in this life. There is nothing random. Beating beneath the illusion of free will is the possibility that fate may have a hand in all that we do.

What if you weren’t lost, but only traveling along the path that is meant for you?

Leo is all about passion and the heart center—what makes us truly roar.

There is too much going on to ignore with this full moon eclipse, and this time it seems as if everything we’ve experienced, every choice we’ve made or not made, has led us here to this very moment.

Love is a drug, and commitment can be the ultimate high. There is a rush that comes from realizing that we love someone, and we don’t want to be with anyone else. Despite the difficulties and the lessons, we have without a doubt found our person.

This Saturday, the wool will drop from our eyes, our hearts will open, and we will feel ourselves pulled by our own free will.

There will be no struggle, no internal wars—just the magic that occurs when we finally make the choice to choose our fate.

Because when we chose fate, we also chose destiny; we chose the divine’s plan for us, and with it, our ultimate purpose.

There is nothing to do this week except rest. We must try to prepare ourselves for anything, to ready ourselves for whatever may come, knowing that this time, it is meant to be.

“Whatever our souls are made of, his and mine are the same.” ~ Emily Bronte