Getting to the Root of the Problem: Refugees, the Environment & Us. 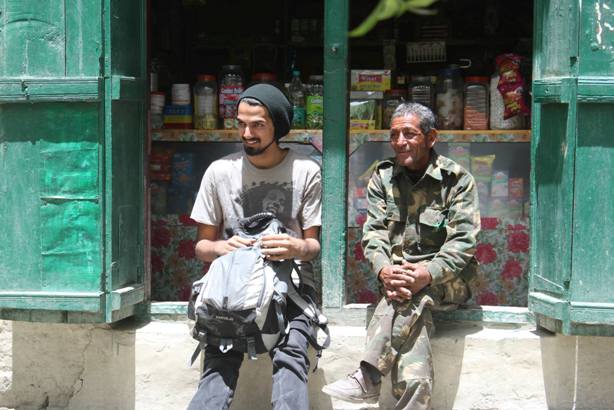 Trump’s executive order suspending refugees from seven countries has people up in arms, and rightly so.

If you’re an optimist and wish to see the bright side in this bleak situation, you will notice that people in the U.S. are finally paying attention to the crises in the Middle East. We’d agree that the people in the midst of these crises need all the help they can get.

But to solve a problem, like any experienced problem-solver would tell you, we must first identify its roots.

So, take a step back, and contemplate why these people became refugees in the first place. What damaged the place they called home so profusely that they had to flee? War and terrorism are justifiable answers. But what led to those wars? What allowed these terrorist organizations to flourish and assert their hegemony? What exacerbated these regions’ seemingly minor adversity into total chaos?

Remember when Bernie said climate change is the biggest threat to our national security? Well, he was right. Climate change aggressively threatens our natural resources, and in turn, threatens the survival of the human race. The phenomenon is leading to environmental crises across the globe. Water shortage is one form of these crises, and it’s beyond relevant today. Here’s an excerpt from a presentation by Franco-American scholar Anne-Marie Codur:

“In the endless Israeli-Palestinian conflict, access to scarce water resources is one of the many issues at stake. The common aquifer which is in the underground of the West Bank is exploited by the Israelis who are using four fifth[s] [of] it, whereas Palestinians are only using one fifth and all the rounds of failed negotiations between the two parties have had an important water component.

Another conflict where water has played a role is the civil war in Syria—a very serious drought from 2006 to 2011 has led to the ruin of hundreds of thousands of small scale farmers in Syria. They abandoned their lands which they could no longer cultivate and emigrated to the outskirts of major cities where they formed the main contingents of protesters against the Assad regime during the revolution of 2011.

So we can fear that in the future, more severe water scarcity in the Middle East and North Africa and in Sub-Saharan Africa, might fuel conflicts, in these regions that are already very volatile politically.”

When people don’t have access to the basic resources hey need to survive, it leads to socio-political instability. This is precisely what we are seeing all across the Middle East today.

The instability in these volatile regions has created a vacuum for fundamentalist terrorist organizations to take hold. In turn, Western governments and their defense contractors have been afforded the opportunity to go to war. Lo and behold: utter chaos.

The Syrian drought between 2006 and 2011 was fueled by unsustainable water management, water scarcities, and climate change. Over a million people were displaced due to this drought, and even more were displaced after the resulting influx of terrorist activity, and consequentially, international warfare. 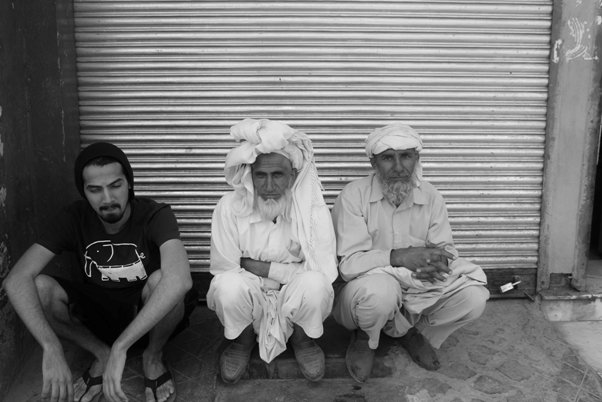 Let’s take a look at how water is managed.

About 70 percent of the water used on earth is for agriculture. Within that figure, the water footprint of the food we grow tends to vary tremendously. In order to keep things close to home, let’s establish this concept by using California as an example. The Golden State’s drought has its roots in wasteful and inefficient allocation of water. Where is California’s water going? Intensive agricultural activities have been at the forefront of this line of criticism. Almonds have been demonized by many. Indeed, they are a water intensive crop, but when we put things into perspective, they aren’t nearly as bad as some of the other foods that California produces.

A report by the World Watch Institute indicates that the animal agriculture sector makes up 51 percent of greenhouse gas emissions. Livestock flatulence primarily emits methane. Methane has a warming potential 86 times that of carbon dioxide (CO2), thus making it far more hazardous in terms of global warming. Some other environmental crises that animal agriculture is a major contributor to include: species extinction, deforestation and nutrient pollution. Some scientists claim that animal agriculture is a leading cause of everything.

Aside from having a starkly higher water footprint, animal agriculture is also a leading contributor to climate change. The Golden State’s drought is fueled by anthropogenic climate changes.

Climate change isn’t a distant threat. We are already seeing the impacts of climate change.

The mass migrations we are observing today are strongly linked to the environmental tragedies induced by climate change. The number of climate refugees the world will see will only augment with time. Estimates for the number of climate refugees vary from 25 million to 1 billion by the end of the first half of this century. The chaos will proliferate to unimaginable heights.

I agree, climate change is not the only factor that will lead to these problems, but it is a major one; and in that, it is one we can directly battle by making more conscious choices.

As consumers, we have enormous power.

The Uber boycott is great; but Uber didn’t create the circumstances we see in the Middle East today. Boycotting the sources of a problem, as consumers, is far more efficient. I’ve primarily focused on our food choices in this article, because food makes up a significant portion of our lives and of our economies, and the environmental hazards it poses are rarely addressed.

Every time we spend a dollar on an animal product, when an equally nutritious, similar tasting plant-based alternative exists—aside from agreeing to the cruelty—we are complying with the industry’s exploitation of our planet. But we must apply this line of economic thinking to our lives as wholly as we are capable. Conscious food and lifestyle choices will have a significant impact—but we ought to go beyond that. As citizens of a democracy, we need to urge our representatives to acknowledge and address these issues. As educated individuals, we need to engage in conversation with our peers pertaining to these issues. As a part of a community, we need to congregate in large numbers and fight against these issues.

All the economic growth, all the social justice, all the progress in the world is futile if the planet can’t sustain you.

Remember that the planet doesn’t care about the nation-state ideology. In the age of globalization, your steak is probably coming from India (ironic, huh?) and your fuel from the Middle East. Your consumption has global environmental implications. So, via your consumption in one part of the world, you are contributing to problems elsewhere. Buying local helps, but that’s only one part of the bigger picture: buying conscious.

We all need to do our part. But how we do our part is incredibly important. We need to be efficient in how we allocate our limited power and influence. We must be cognizant of every choice—from food, to clothing, to energy—we make, if we are to have any hope for this planet’s inhabitants. Because, you know, the planet is fine. It’s going to be fine. It’s the people that are f*cked.

PS: If you’re concerned about the deforestation caused by soy, notice that only 6 percent of the world’s soy production is used directly for human consumption. The remainder is largely and directly fed to livestock in the form of alfalfa (and alfalfa is an extremely water intensive crop). A quick Google search will address all your health-related concerns pertaining to plant-based eating. Documentaries I recommend: Cowspiracy, Climate Refugees, and Forks over Knives. 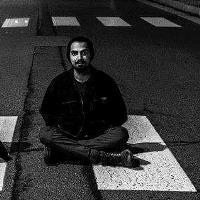