One Simple Exercise that will Transform the Way you Look at Sex & Donald Trump. 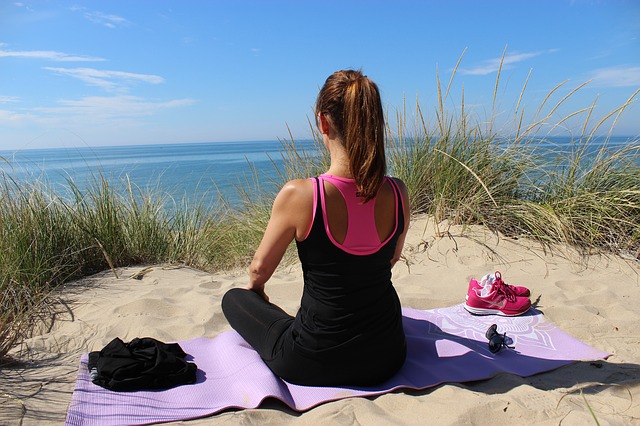 When the doctor takes a little, rubber hammer and knocks your knee with it, your foot pumps forward. That is a reflex; it’s just nerves doing what they do best: reacting. The quick impulse to jerk your leg doesn’t go through your mind; it doesn’t visit your deep, meditative aspects, morality or common sense. It just reacts without forethought or hindsight.

When Nordstrom canceled Ivanka Trump’s clothing line, Donald Trump didn’t think—he struck out. He called Nordstrom “bad” and defended his daughter. It’s a reaction, not a considered response. Trump is reacting to a stimulus. He is doing the same when he attacks judges or calls the Park Service attempting to have them inflate their estimation of the number of people at the inauguration. These are all knee-jerk reactions.

He doesn’t think much. He isn’t intentional or criminal—he is reflexive.

I have spent most of my adult life leading workshops and coaching people not to react, but to instead notice reactions, creating a witness in the process and appealing to their higher selves. Of course Trump hasn’t attended one of my workshops, so he reacts.

In his quick unintentional reactions, he inspires the same in the rest of us. We hear about the wall he wants to build and scream, “Hell no, that is absurd,” or, “Go for it.” We love to react, just like he does. Facebook is full of such reactions, so is political conversation. Reaction in traffic is when one motorist flips the other off, and it’s there when we scream at a loved one.

Donald is our president because of his reactions, not in spite of them. Barrack Obama was thoughtful, rational and methodical. Donald is the opposite.

Donald is teaching us the cost of reacting, and the way it offends people and leads to more problems, isolation and immaturity. He is unconsciously appealing to the higher parts of us, the moral ones that are based in love and inclusion. When we react, whether it is with our children, spouse or Donald, we become Donald. We forget who we are when we are blindly striking back and reacting.

Twenty years ago, in a workshop in Atlanta, I came up with an important exercise. “Pair up,” I said to a group of 20 people. People sat across from each other. “One of you say a word,” I suggested to them.

No matter what word was spoken, the speaker’s partner had a reaction—a first response to that word. “Say your first response,” I suggested. Back and forth the pairs went, with one person saying a word, and the other reacting. The whole thing looked a bit like a normal conversation—like Donald, angry on Twitter.

“Now try something different,” I said. “The first person say a word, then the second person notice your first response, but don’t say it. Then notice your second and third, and, finally, speak your fourth response out loud.”

As half of the participants didn’t react so quickly, noticing their responses rather than acting on them, everything changed. The room become lighter, the people laughed more readily. There were many more spaces and fewer automatic reactions.

“Was it really this simple,” I pondered, “to have people show up by not reacting, or not acting out their first responses?”

People relaxed and felt comfortable with each other and with themselves. They laughed freely, because there was time to laugh. They didn’t need to react. In fact, they felt more at ease, happier and more at home on the planet and in their bodies.

We spent the next several hours experimenting with this non-reaction exercise, which became a core practice for the participants. We discovered that peace prevails around the 39th response and love about the 44th.

One participant said, “I wonder what would happen if I reacted less when it comes to sex.”

Several days later she reported having better sex more often. Rather than taking her first reaction to a sexual invitation from her husband, she observed as consecutive reactions became more loving and open. Not reacting leads to better sex.

But we don’t have to be reflexive. We can watch The Donald and discover the consequences of reacting.

Donald can lead us into greater presence and less reflex. He, with his tweets and silliness, can show us the way to a lighter, more awakened world, for all of us. This country isn’t about Donald, it is about how we interact with our families, friends and lovers. Less reaction and less reflex means more peace, presence and love. It’s really that simple.

Sure you can fight Donald, but do it with love, levity and presence. It’s tempting to react, but don’t. Instead notice that after your first reflexive reaction is a second, third and fourth—each leading to a deeper path of self knowledge and a more loving, open and intimate way of peace, love and compassion.