She’s Worth the Chaos. 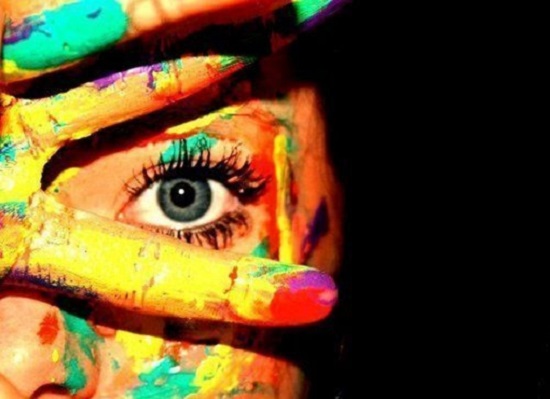 “She’s worth whatever chaos she brings to the table, and you know it.” ~ Mark Anthony

Stardust hangs upon her lips and chaos follows her wherever she travels.

She wasn’t put here to make life easy, but instead to show others how to live.

She may not make sense, and where others may seem like an open book, her story is marked with folded pages and the well-worn, dusty spine of a woman who has decided to write her own beautiful life.

There isn’t anything that could tame a spirit like hers, but the thing is, as much as she may toss you around on her wild seas, the last thing you would ever want to do is change her.

There are iridescent mysteries spun between her delicate fingertips and hips that span the width of the moon. She’s magic for those who are willing to believe in all that cannot be seen.

Perhaps there were times when you ran from her, or at least closed your eyes hoping that one day she would stop appearing in your dreams. Yet, regardless of how far you traveled or how you tried to douse the ramblings of imagination she created, she was still there.

She was there in all of her chaotic beauty waiting for the one who would know what to do with all the fire behind her eyes.

Her intentions illuminate even the darkest of nights, dusting light upon the minds of the disbelievers. She shakes down even the strongest of walls, reaching those who have long given up hope of traversing the wiles of a woman who is at home in herself.

Yet, the reality is her chaos is only matched by her love.

She has given up the armor of living as if she doesn’t need you; she has soaked within the joy that comes from being a woman in love with her own soul. She’s as sensitive as the new shoots of spring, but she only shows that side to you because with you is where she feels safe.

It’s you who has shown her that she is worth any chaos she might bring.

Love isn’t meant to be easy, nor is it meant to be an equation we can solve—its very nature is inexplicable and magnetic, just like the power that ensues from staring into her emerald eyes.

It’s only you that she sees.

For a woman worth the chaos knows the hearts of men before she has even touched them. She can sense their spirits and doesn’t need to fill her calendar with perpetual pain in order to know where her heart truly lies.

It has been and will always be with the one who is just as chaotic as she.

She is drawn to a man who has traversed his depths and leaves storms in his wake, the kind of man who makes the world glow just a little rosier through his own divine energy.

A chaotic woman isn’t this way because she craves drama, but because of the dust she stirs up simply by being herself. She isn’t after one-night stands or men who have no use for her depths, and it’s those same qualities that she was drawn to within you.

The truth is that while she may be worth any chaos she might bring—she knows you are too.

Whether it’s fire meeting fire, or perhaps the waves of the seas meeting the melting lava, she’s there in all her splendor, in every ounce of who she is when she finally decided to stop trying to be like everyone else.

There will never be a time when she does what others expect. And while she will sprinkle your life with beautiful traditions, there will be just as many moments of dancing under the full moon and nights where the sun seems to come too soon.

For she isn’t after an unattainable life, but rather a life that is sweetened with the light of stars and the blessing of the divine—a life that has roots so that no matter how strong the winds of change might blow, the connection between you and her will remain steady.

Some call her chaotic or see only what hardships she would bring, yet it’s you who sees her beauty and succulent simplicity. The joy of discovering a woman who is just as much at home in the kitchen as she is following the stars to her next dream.

She won’t settle for mediocre or even normal—not that she would know what to do with them anyway. Instead, she craves a life of love that inspires those around her, a life made up of small moments, those seemingly insignificant things that over time end up creating a his-and-her story.

Not through fame or riches, but through the strength of having a hand to hold on the darkest of nights and the comfort of knowing that you have her back just as confidently as she has yours. She wants the kind of life that leaves others in admiration, because all it takes is one glance to know that it’s that once-in-a-lifetime kind of love.

The kind of love that lingers long after the illusions have passed.

Magnificently stitched together with good intentions and passion, moments of the mundane and fragments of magic all somehow wonderfully combine to create something that feels so good you don’t ever want to let go.

Perhaps she’s chaos, or maybe she’s just misunderstood by those unwilling to believe that something more exists than what we are taught.

She won’t always make things effortless for those that travel within her atmosphere, but all she is looking for is a warrior to help guide her through whatever life throws her way.

A man who knows that no matter what happens, or what new surprises the sunrise produces, that she is without a doubt worth any chaos she might bring.

Because she is worth it—and you know it.