The Real Reason we Run Away from our Dreams. 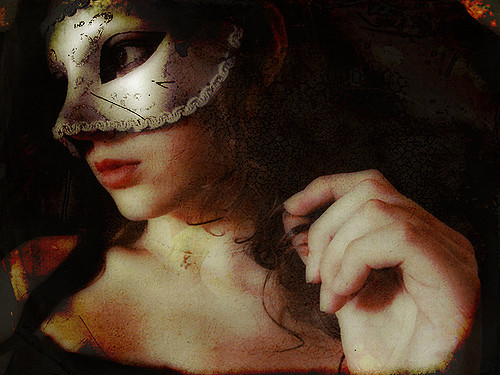 “Writing is the only thing that, when I do it, I don’t feel I should be doing something else.” ~ Gloria Steinem

About three weeks ago, I had one of those exploding-over-the-edge-of-the-pot moments.

You know, you smell something burning and you raise the lid to check and—bam! You get a face full of blistering hot tomato sauce. It’s painful; it’s vivid, but if we’re being honest with ourselves, we should’ve seen it coming.

This is similar to how must of us operate in everyday life. We really should know better than to repress the prickly feelings of fear that arise, but our culture is overwhelmingly reverent of the stoic worker who presses on without hesitation.

We are patted on the back for putting our noses to the grindstone, but in the process, we remain at the mercy of the demons we’ve chosen to ignore in our attempts to look brave. When we don’t acknowledge our sub-conscious emotions, we set ourselves up for a pathway of struggle and suffering.

I am no stranger to the ideal of the stoic. When I was five years old, I told my parents that I wanted to be a writer. I would sit for hours coming up with storylines, and around the age of 17, I was struck with an idea for a non-fiction book. Within a year and a half, I had finished my second draft and was proud of it. It felt like real “heart-writing” to me, and I was ready to put it into the world.

However, around the same time that I completed my book, I experienced what the writer Julia Cameron calls a “Creative U-turn.” Suddenly, I was flooded by a powerful apathy toward my book and writing in general. I became “too busy” to write for pleasure or to look for possible publishers.

The more time passed, the more my belief in my own creativity disintegrated. Any willful attempt to get back to the page was halted by a barrage of self-judgement. This went on for a long time.

I had gotten too close. The second the possibility arose of putting a piece of my art out into the world, I bolted like a skittish horse in the opposite direction. As Julia Cameron writes in The Artist’s Way, “The glare of success can send the recovering artist scurrying back into the cave of self-defeat.”

We are accustomed to thinking that failure is the primary thing to which we respond negatively. Yet this disregards the very real fight-or-flight reaction that success (or even the possibility of success) can trigger in us. We often unconsciously find ways to sabotage ourselves before our success has a chance to show its face. We never do the re-write, never call that person back or we suddenly become “disinterested” in the work.

It may seem counter-intuitive, but this is a normal reaction toward a situation that scares us. A future we can’t imagine, predict or control? Admit it. It’s horrifying. However, because we don’t acknowledge this terror, it festers in our subconscious, ready to get in our way when it matters most.

Still, our U-turns tend to come back to smack us over the head every once in a while, each time a little harder than the last. At some point in my own arctic trek away from my writing, I became so miserable from this that I finally bit down hard and took a leap in the direction of my dreams. I decided to type up and mail my book proposal to a publisher who I had adored and respected for years.

I waited for two months before finally accepting that my proposal had landed up in the recycling bin, ready to become something sad like a pack of Post-it notes. I realized that I must have missed something, and so I resolved to redo it. In all appearances, I seemed to be traveling back to myself and my writing.

Yet in all of this, I still avoided looking inward to answer why I had taken a U-turn in the first place. After a few months, I could no longer ignore the debris of my repressed feelings.

Then, one evening almost a month ago, I did something that drove me to my moment of exploding-over-the-edge-of-the-pot. I decided to peruse my hopeful publisher’s website. This time, however, I discovered a new proposal guideline they had uploaded. It was at least four pages longer than the one I had seen before, and extremely thorough.

I freaked out. I paced and cried out every bit of tortured emotion inside of me, and by the end of it I felt like a new person.

It’s taken me quite a while to understand the lesson of that night.

I realized that it’s not always a positive thing to simply power through our murky feelings in the hope they’ll just going away. If a particular step toward our dreams freaks us out, it’s better to express it loudly and with gusto rather than trying to be admirable and stone-faced. Of course, being in action is great, but if it means ignoring the pot on the stove, then we will inevitably be burnt in the face, time and time again.

In the last few weeks, since passing my point of explosion, I’ve experienced an incredible lightness. Letting go of the stoic ideal and embracing my fears about my life purpose has, funnily enough, allowed me to be much more authentic in all parts of my life.

We need not pretend that we are unafraid. Fear will be there as we follow our paths. But as long as we don’t allow it to be our guide, we can use our awareness of fear to live more honestly and openly as we navigate our way toward the magnificent and terrifying things that are our dreams. 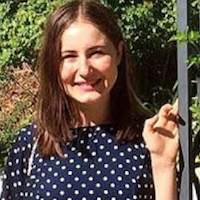