The Power of Language to Cage or Free Us. {Video} 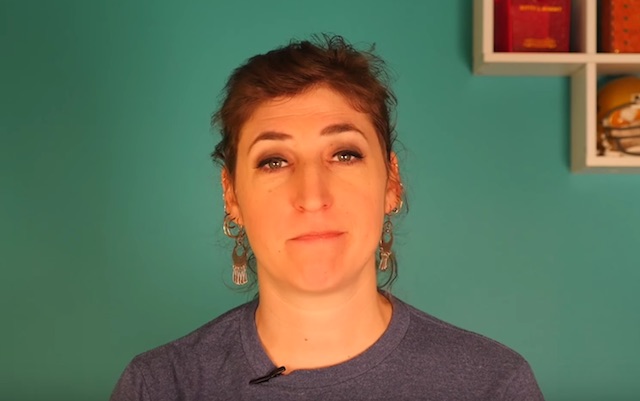 Recently, I watched a vlog by neuroscientist, actress, and outspoken feminist Mayim Bialik about how the use of language toward women impacts how women are perceived.

Language is actually important. For example, I could have started by referring to Bialik as Blossom or The Big Bang Theory’s Amy. But Bialik does, in fact, have a PhD in neuroscience. She’s a respected scientist as well as an advocate for feminism.

In this short vlog, she explains—using personal examples as well as science—why language is so important when it comes to equal rights. Had I introduced her only as an actress, it might be easy to dismiss her views or see her scientific conclusions as the work of an amateur taking a guess. By introducing her credentials, readers who aren’t acquainted with her educational background are made aware of just how qualified she is to talk about the science of language.

This may seem like a small point to make, but it’s not. How we speak about people matters. It goes beyond calling a woman a girl. The type of language we use is significant, whether we’re referring to gender, race, sexual orientation, or any number of factors. While some may shake their heads derisively and dismiss this as political correctness, we have to remember that misogyny is deeply ingrained in our patriarchal culture. Some of the things we experience are so commonplace that we often mistake “normal” for “acceptable.”

When we begin to change the way we speak about things, we change our own perception and shine a light for others to see why it matters.

Now more than ever, it’s important to take a look at the language that we use and ask ourselves some tough questions. Although the majority of Americans voted for another candidate, Donald Trump still got enough votes to win the electoral college, even though the language he used toward others during his campaign was reprehensible. We can draw one of two conclusions about this: Either the people who voted for him are terrible people who have zero respect for human rights, or these people have become so immune to the misogyny deeply imbedded in our culture that talk about sexual assault is just “boys being boys” or locker room talk. I’d like to believe it was the latter that is true of these voters, but the truth is probably somewhere in-between.

Regardless, many conservative voters continued to support a candidate whose language managed to offend women, the disabled, veterans, people of color, and countless others along the campaign trail. Why does that matter? In the aftermath of the election, bomb threats have been made to Jewish community centers as well as to Muslim mosques. Women have been accosted on the street in the president’s name. Cries of “go back home” have been shouted at people of color living in this country, and recently spring breakers in Cancun were chanting “build that wall.”

In short, by electing someone who openly used that sort of language without penalty into the highest office in the country, we actually have endorsed that language and the deep-seated prejudices behind it.

This is why language matters. How we talk about other people matters.

So the next time that we hear a statement that is sexist or racist or in any way demeans another group of people, we need to gently correct the person speaking. Sure, we can take the stance that it’s not our business or look the other way. But if we do that, we’ve endorsed the behavior. I, too, am guilty of looking the other way. I sat uncomfortably on a bus where elderly white passengers made comments about the poor English-speaking skills of the Middle Eastern driver. I was silent because I did not know how to confront these passengers about the language they were using or let them know that the driver could certainly understand them even if they were struggling to understand him. I got increasingly angry during the ride, but part of that anger was directed at myself for hearing this and saying nothing.

The time to speak out is now. Every day. No matter how uncomfortable this makes us.