This is what Pro-Life Means. 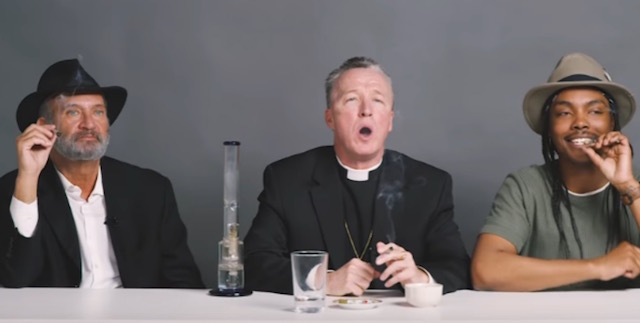 On more occasions than I care to list, I’ve encountered friends online who share things on Facebook that champion a certain form of thinking which, to me, comes off as narrow-minded and even insulting to my sensibilities.

For example, one day I was shocked to come across a scathing condemnation of Sadiq Khan, mayor of London, as somehow being an affront to British living, Western civilization, and Christian values. The tone grew so vile, I was seriously tempted to report it.

This is not an uncommon occurrence, and it disturbs me deeply.

Caught in the spinning wheels of political change, I believe it is time for us all to take some inventory of our spiritual state.

As a Catholic, I am particularly dismayed by some groups who exhibit an un-Christian attitude that can be particularly hateful and harmful to minority groups while simultaneously claiming to fight for the preservation of Christianity. This is particularly true in the case of Muslims, who are often broad-stroked as terrorist sympathizers and declaimed as devil-worshippers without proper research on the complexity of Islamic history, culture, and spirituality.

I fear that some of us have allowed ourselves to build up walls of resentment and cultivate a deep distrust of things we do not understand, which is most likely accompanied by an unwillingness to learn more about them with an open mind.

This, ironically enough, is also an element used in the propaganda campaigns of Islamist terrorist organizations like ISIS, which paints a picture of a black-and-white ideological war in the hopes of deluding the masses into hating and killing one another for their own ends.

It should also be kept in mind that even the most sincere moral convictions can be twisted into excuses for character assassination and dehumanization, both of which have the potential to lead to even more perverse forms of thought and, ultimately, to explode into violence.

Within the pro-life movement, of which I am honored to be a part, this can happen through the demonization of politicians—like Barack Obama, Bernie Sanders, and Justin Trudeau—who have supported and maintained the continuation and expansion of legalized abortion.

As an ardent pro-life advocate myself, I must raise my voice in protest.

In the midst of forwarding our cause, some of us seem to have forgotten that being truly pro-life is being pro-humanity. It’s remembering to see the reflection of God within others, no matter who or what they are. This includes remembering the dignity of immigrants, refugees, welfare recipients, single mothers, prisoners, minority groups, and politicians to whom we are opposed.

As a Christian, I say we have to get ourselves over the hurdle of our own prejudices and animosities to be the hands, feet, and bleeding heart of Christ in our own world.

Being pro-life is meant to be an all-encompassing ethic by which we live our lives—not an excuse to turn others into objects of our fiercest contempt.

It is speaking the truth—but always with love.

It is about not always questioning whether someone deserves your help, but rather giving it without rancor or reserve.

It is about recognizing the multi-faceted kinship of all peoples—Caucasian, African, Middle-Eastern, Hispanic, Native American, and beyond.

It is this ethic that I believe all of us—Christian, Jewish, Muslim and beyond—should be moving closer toward fully embracing both in our personal lives and the policies we support.

That, to me, is what being pro-life is all about.

It is about unity and empathy, justice, and equality.

Being pro-life should be the dead-end of “us” versus “them” scenarios. These simply turn human beings into poisoned Skittle statistics that in turn make us fail to recognize the universal, intrinsic, God-given rights we all have to life and to living it abundantly—in freedom, security, and the ability to pursue happiness.

Sometimes, I fear we have allowed our “cause” to blind us to our cause. We get hung up on language. “Allah” and “Salaam” and a million other words in languages. We dare not think that those people could possibly be like us, and in doing so, we also close down any opportunity for a meaningful discussion about the areas in which our differences are rooted.

We can come to no terms; we can understand nothing.

If we give into this—in any way, shape, or form—aren’t we doing exactly what we in the pro-life movement are pointing the finger at: the dehumanization of life?

This, I believe, is the root of all evil.

God knows that when we cannot find God in others, it is the truest fall of grace. If we dare not try and reach beyond our comforts, if we dare to judge people without taking the effort to understand them, if we sacrifice them and their rights to the tigress that is political sport, then we have indeed become a society of darkness.

I want to cry out in the wilderness: It is time to resist.

I want to give up those walls that bar me from my God and from my neighbor, no matter what my neighbor’s skin color, or religious belief, or lifestyle choice, or story of origin.

I want to give up anything that hinders me from loving unconditionally, in truth and in charity. I want to give up myself for the sake of the other, and in doing so, realize that we really are all one. 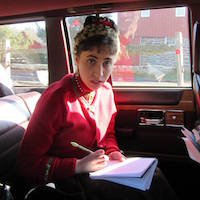