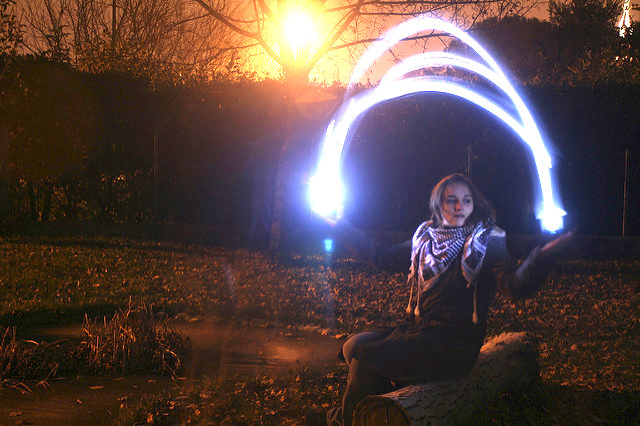 When we hear the word “spell,” we may misinterpret the meaning and understand it to be something we should be wary of, or something that can only be performed by witches, wizards, or those with “magical powers.”

However, a spell is simply the art of setting an intention while using the universe’s energy to strengthen the affirmation.

When spell setting, it is always best to be responsible and consider moral and ethical implications before performing a spell, so that other people’s minds are not manipulated in any way—and also, so that their paths are not negatively altered.

The perfect spells are ones that focus mostly on the person making the spell and ones that are used to enhance that person’s healing powers, intuition, and personal vibration. All those things will then have a direct, positive impact on the people and situations around them.

This is also known by many as “white magic” and is a beautiful way of setting intentions through using pure love and light.

If other people are affected in any way by a positive spell, it would be through their own decision-making due to the new and high, vibrational energy around them, and not because of coercion or any deceptive practice.

Magical spells have been used for centuries, and are not confined to one defined group. There is evidence that as far back as the seventh century, Buddhists were practicing spells and rituals for love along with using mantras and sacred rituals.

This was most common in the Tantric movement known as Vajrayana Buddhism and consisted of making offerings at tree shrines and also in creating a magical setting so that love could flourish.

Within Buddhism, there is no recognition of white or black magic, as all their magical rituals are entirely focused on compassion and alleviating suffering, with no intention of causing harm.

The new moon is the optimum time for spell casting, as it represents new beginnings, birthing, healing, and planting seeds. It is also traditionally a time to make seven wishes, and it is believed that the energy of the new moon helps them to manifest, grow, and blossom.

To set an intention and cast a spell on this new moon, you will need:

A small flowerpot or container

A seed of your choice

A piece of paper and pen

A bottle of water (if possible, filled with water from the ocean, a lake, or a river)

An item of significant importance relating to the dynamic you wish to clear the energy of. For example: a photograph, a note, a small gift, a piece of jewelry, or something to that effect. Before you head outdoors, bind the item/s with hemp cord, lace, or ribbon.

If you have a crystal, then take one along for additional vibrational enhancement.
If you have sage, take it with you and burn it while performing the ritual.

This love spell is one that will cleanse and clear love’s energy channels. It will benefit anyone who does it, although, it will have greatest benefit where there is built up tension connected with love due to a culmination of negative energy stagnating and blocking love’s flow—this may have been caused by a series of misunderstandings or arguments.

When working with the moon, it is advisable to go somewhere where it is possible to directly connect with nature’s elements—for example, the forest, a field, near a lake, next to the ocean, or even in the garden or a quiet park.

Anytime after dusk on a new moon, head outdoors to a quiet, calm spot where you can sit, facing south, in deep meditative thought, as this lunar phase is all about travelling inward and being introspective.

The moon rules the subconscious mind so aligning with its energy will help to ensure that the mind is calm and centered before spell-making so that we are crystal clear about the intentions we wish to set.

Once outdoors, find a comfortable space, preferably near water, as the moon and water ebb and flow in a rhythmic dance with one another?

Then call in the presence of a love goddess. On this occasion, I would recommend Goddess Venus as the new moon is in the sign of Taurus and Venus is Taurus’ ruling planet.

The goddess Kurukulla—the Dakini of witchcraft, magic, and enchantments—is another powerful goddess to call upon. Buddhists call upon this goddess during magical rituals, as she is the goddess of love and sex.

To call in a goddess, just softly chant her name and allow her presence to enter.

When you feel a connection with the moon, the goddess, and the surroundings—light the candle, and then put a small amount of soil in the bottom of the plant pot and hold the crystal in your hands for a few moments before placing it in the pot. (The crystal will lift the energetic vibration to a more positive one, and it also absorbs and transmutes negative energy.)

Then write down on the piece of paper your own name along with the name of the person you wish to clear energy channels with. If you prefer, you can also write a sentence stating a positive intention in relation to forgiveness, understanding, and moving forward with love and openness.

Sprinkle a small amount of soil on top of the items, and then gently place the seed onto the soil and fill the rest of the plant pot with soil. Take a few minutes to affirm your intention for the seeding and then slowly pour some water from the bottle into the pot to hydrate the seed and cleanse the planted items.

Throughout the planting, keep the mind focused on a positive outcome for the higher good of all involved.

Once complete, sitting down with legs crossed and hands opened out and placed on the knees and eyes closed, repeat an affirmation such as, “I hold an open space so that peace and love can grow.”

Once finished, remain there in deep meditative thought to allow the new moon intention to absorb.

Remember to take the plant home with you, so that it can be placed on a windowsill—or plant it in the garden, depending on the requirements of the seed (whether it is an indoor or outdoor plant). Observe the plant as it grows, as it is a constant reminder of the intention for love, peace, and harmony set within it.

This spell is quite simply a way of clearing residual, negative energies from the past so that a fresh new beginning can occur, energized, and infused with love.