How being Sexually Cool can be Hot. {Adult} 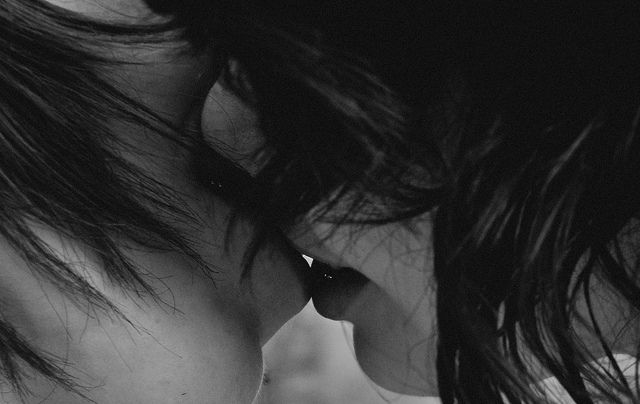 Most of us wish that we could be sexually cool, not in the sense of temperature, but feeling sexually able, satisfied, and capable.

The key to being cool sexually is to be sexually present. Here is how to get there:

We all have our share of sexually embarrassing moments.

I was on my way to the bathroom in elementary school, back when the Earth was cooling, and an “auxiliary girl” in the hall said, “Where are you going?”

“To the bathroom,” I peeped.

“Are you going to take a bath?” she asked. I was horrified and embarrassed, so much so I still shudder remembering the incident decades later. I was in first grade, and not ready to hear a girl in fourth grade speak of me taking a bath.

In high school, I imagined that I came close to having sex, but really just fumbled around wishing that I was sexually cooler than I was. I tried to read existentialism, then surrealism, and cultivated my intellect and squandered my sexual energy on sports and growing my thick curly hair half way down my back in an attempt to be cool. “If I could only have sex with a cheerleader,” I thought. Hormones were high, sexual contact nil.

Now, decades later, I still wish I was sexually cooler than I am. I have less hormones now, but I’ve cultivated sexual energy using Chi Kung and flow it head-to-toe, not waiting until I am having sex to live an existentially-aroused life.

Being sexually cool now, for me, has much less to do with having more sex, wearing the right clothes, or saying the right thing. It has much more to do with embracing the amount of sex that I do have.

If you are waiting to pop the question, get lucky, rich, or have a rosy future, then you are squandering the only time there is: now. And that isn’t cool.

I was sitting in Symphony Hall in downtown Chicago. Before the conductor came out, I leaned to an older woman I didn’t know and asked, “Why is your hair up in curlers?”

“I’m going to an important party after the concert,” she replied.

Her attention was focused on the party, which hadn’t even begun, and not on Beethoven’s Ninth Symphony, which was just beginning.

Too many people imagine that they are motived by the future, yet the greatest motivation possible comes from being present, creating a strong foundation that is ready for the future when it arrives.

We all have our share of sexual regrets. Some people speak of regretting what they did: having sex too soon, with too many partners, getting pregnant before they were ready, or never having children.

Others regret what they didn’t do: the opportunity missed with a potential lover in college, a hand not held, or lips never kissed at any age.

There is nothing wrong with regrets except for that they pull us into the past the same way that delayed gratification jams us into the future.

Within a few minutes, or a few hours, we can learn what we need to from experiences—and then we are done with them. Dwelling on what has happened, or harping on past accomplishments, yanks us out of the present—which isn’t cool because it undermines our celebration of now.

There were two couples at an adjacent table last night having dinner. An older fellow was dominating the conversation by talking about events that took place in 1968. This was a fine restaurant, but their fancy food came and went because they were too busy living in the past to notice the chef’s gift of spice and food combining in the moment.

It means you can sit with your long-time sweetheart, or a new friend, and enjoy the sunset without wondering if you are going to end up petting, kissing, or in bed. The best foreplay is being present: in the moment we are all cool!

And should the two of you heat up a little, and then a little more, should you touch hands or warm lips, then remembering past sexual regrets or triumphs isn’t cool either. Be present. Don’t rush a kiss, and don’t run away from one either.

Discover the speed the kiss itself wants to come, the rate of lust and love between the two of you, and how each step of building a sexual fire between two people is cool. The initial spark is cool, so is the first kiss, a long glance, or a touch that lingers. First insertion is cool, and so are both when you come together and when you don’t.

It’s all cool if you are present and there to enjoy it.