I Promise to Be Present. 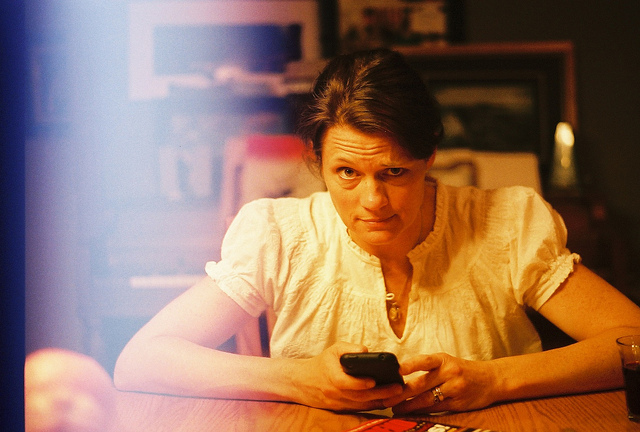 The restaurant was full that evening, and a young family was seated at the next table.

My sister and I were catching up on our lives since last we spoke, and by the time the meal arrived, we were deep into laughter and conversation. My eyes were occasionally drawn to the young family at the next table where a little girl gushed about her day at school.

The mother listened intently to each word her daughter shared, smiling at the beaming face of her child and asking questions about the story the little one was retelling. Her blonde curls bounced as she became more animated in her conversation, making grand gestures with her little arms and adding the occasional sound effect.

Her mother reacted with enthusiasm to beg more of the story. The youngster called to her father, but he did not hear her. He sat across the table, completely engrossed in whatever was occurring on his smart phone, occasionally grunting when his wife tried to get his attention. He never looked at his daughter.

“He’s missing the best part,” I said to my sister. “You can’t get those moments back.” My sister looked over at the other table and realized the subject of my strange comments in the middle of our dinner. She sat back in her chair and observed the family.

With those words I noticed that my phone was sitting on the table to the left of my plate. Though I was not using it at the time, the mere placement of it on the dinner table indicated that it held an important place in my life, and in that moment, an important place at our dinner table. It had garnered a seat at the table equal to that of a human—with the ability to interject into the conversation with its dings and pings of communication.

The technology, unnecessarily interjected into the moment, became a latent indication that I was waiting for something better to arise. Nothing could be further from the truth, and yet I allowed the presence of my phone on the table to become an unspoken barrier to our conversation. I quietly removed it and slipped it into my purse.

Over the next few days, the thought of the young family at the restaurant continued to appear in my mind, and I considered the disconnect between social media and being social. I began to observe not only my behavior with the advancements of technology, but also how we integrated such technology into our lives.

Soon I realized that I focused on my smart phone too often, just as the father in the restaurant, leaving me disengaged with the people around me. I was with my friends—but not truly with them. A barrier grew between me and the world, and that barrier looked a lot like a little black rectangle I held in my hands.

Then, I made a promise.

The promise would be to the people I encountered every day, and it would be to myself. My connection to the world should not be shielded by a veil of gadgets and apps. My use of these modern conveniences should be to advance my connection with others only when looking into their eyes or hearing their voice is not an option.

Implementing this promise in my life took time. I slowly snipped the multiple strings that tied me to technology, electronic communication, and social media. I left my phone in my purse when having lunch with friends. When I had a question, I walked to a co-worker’s office rather than writing an email. I asked a friend to lunch by placing a telephone call rather than sending a text message. When I spoke with someone in person, I set the phone aside and heard their words.

When I stripped away as many layers of technology as possible in communication—and made a more direct connection—the conversation was less diluted. The connections deepened, and the words became more valuable. The verbal exchanges became richer with fewer misunderstandings. Without the technological barrier, the act of listening revealed subtle characteristics in people that had previously been shrouded by the low hum of distraction.

In the same way moving away from city lights reveals stars not previously seen, stepping away from electronic distractions allowed the nuances of personalities to come into view.

Periodically, I recite the words of the promise in my mind. They serve as a reminder of a commitment that was born out of watching a little girl trying to gain the attention of her father. She wanted to be heard; she wanted to feel important. By revisiting the promise, I am reminded to hold the people in my life with importance, to be respectful of their voice, and to value our relationship.

The young girl was not unlike every other person who desires to be heard and wants to feel like they matter. While technological advancements certainly aid some types of communication, we must be mindful of maintaining a healthy balance. That rectangle in my hand cannot replace the conscious connection of looking into someone’s eyes and truly seeing them. Only then can the subtle sparks of their personality be seen as shining stars in a sky free of distraction.
~ 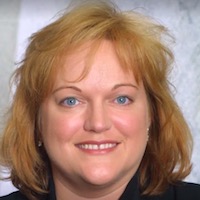