My Guru, a Cold Brewsky & Oneness. 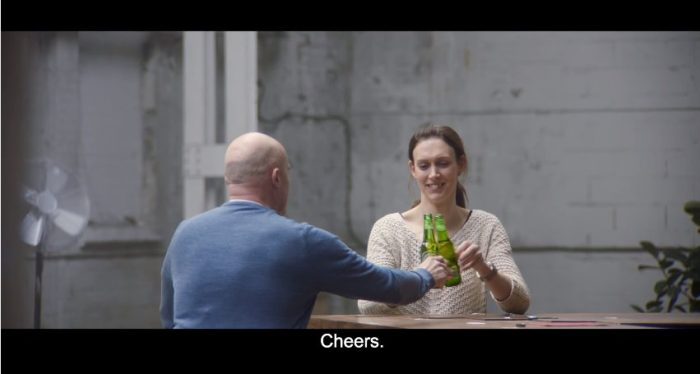 We keep hearing that the country is so divided, it’s beginning to seem impossible we’ll ever find common ground again.

The differences between our left/right views have caused a fissure that only keeps widening and deepening. It definitely has felt that way to me at least.

I have been quite outspoken about finding it difficult to forgive anyone who voted for Agent Orange, no matter what their reason may have been. (The possible exception, being the people of McDowell County, West Virginia—and I’ll explain that later.)

So is it true? Are we just too far down the division rabbit hole to climb back out—together? Maybe not. Maybe we’re going about this in the wrong way. Maybe we just need to sit down at a bar and have a beer together—just you and me and our different views.

Oh, I firmly believe in the power of protest. I’ve been to almost every march since Mango Mussolini moved into the White House. I believe in active citizenship and belong to two Indivisible groups, Swing Left and 5 Calls.

But the truth is—I’m only talking to people who think almost 100 percent exactly as I do.

I think about the two people I un-friended after the election. One is a woman who I have known for at least 20 years and truly liked, despite our political differences. The other is a woman who was just a random Facebook friend I had only met in person once.

Despite my professed belief in the oneness of all humanity, it never once occurred to me to behave any differently. Talk about talking the talk and not walking the walk.

But a beer commercial just upped the anti on how I really view my humanity and capacity for compassion and empathy. Are my actions aligned with where I want my heart to be? The truth is—no.

The first spiritual lesson I learned from my spiritual teacher, Baba Muktananda, was to “see God in each other.” This is how he opened every talk he gave.

“With great respect and love, I welcome you all with all my heart. To welcome another person with respect is true humanity. This is knowledge. When a person perceives God within himself, he starts perceiving God in others too.”

Heineken just released an ad that brought me back to those words. Funny how these things work. When the student is ready, the teacher will appear—as many times as necessary and in many different ways. Spiritual lessons never end.

Which brings me back to McDowell County, West Virginia. This county is the poorest county in West Virginia, and it has the dubious honor of having the most people in any county in the country to vote for Donald Trump—88 percent!

When I first saw this video, my immediate thought was that I want to drive to McDowell County and talk to some of the people who told their stories. My heart opened, and I felt a surprisingly powerful empathy for them and the stories they told. That was back in October. After the election, my heart closed. I retreated into my biases and anger.

Thanks to the Heineken ad and my teacher, my heart has opened again. I’m going to find somebody who voted for Trump to have a beer with.