The Four Words that Help me Slow Down Time. 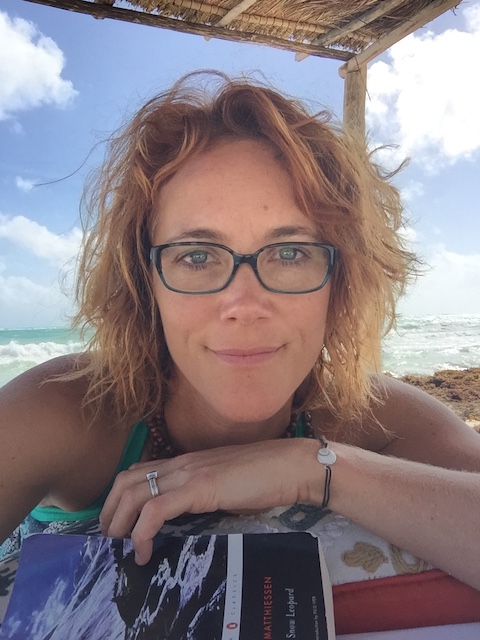 Mexico: I have a whole week with nothing to do, a windswept white beach, and a busy mind that needs unwinding.

I have brought along Peter Matthiessen’s book, The Snow Leopard, and he has picked me up and borne me along on his dream quest through the Himalayas. All throughout this week, it is as if my body is on the beach but my mind is in the clouds at the roof of the world—the sweet, fresh sweep of white snow against the immense blue of the sky.

I have always longed to fly, to don an eight-foot wingspan and soar among the clouds like the great lammergeir Matthiessen glorifies in his writing.

And yet, I cannot quiet my thoughts. The engine of my mind still runs, relentless, a perpetual motion machine, until I run into a particular story. In one of his chapters, Matthiessen invokes Hui-Neng, the sixth Ch’an Buddhist Patriarch of China, when he is asked about the prayer flags flying in the sun.

Is it the flags that move? Is it the wind?

And the patriarch answers: Neither. It is your mind.

And I read these few words, over and over, and time begins to slow.

The question and the answer come back in equal measure, neither bearing more weight than the other. They dance around one another in slow circles in my consciousness, their even tread wearing a smooth, patient path down my neurons.

None of these things. It is my mind.

It’s a nice enough thought, but what about enlightenment? Is this question going to get me there? I would like to soar above my busy brain, seeing the world from above, and that is why I’ve spent most of the morning sitting and staring out at the ocean through half-closed eyes.

But all I’ve managed to do is get a sore back and a case of irrational anxiety about nearly everything. I cannot convince my mind that it is as empty as the blue, blue sky, with only the occasional cloud passing through. So I get up, take a quick dip in the waves, and then go for a bike ride.

“Stay present,” warns a bright, orange sign down the road, where traffic swells to its fullest and there are no shoulders for cyclists and pedestrians to shelter from passing cars. It’s a free-for-all, with no apparent rules except survival of the biggest.

As I cycle past the sign, I glance up and see a magnificent hawk soaring on the sea breeze, his powerful wings motionless as he rises higher and higher. One second of rapt inattention—he is so breathtaking—and I nearly swerve into a taxi, whose driver lays on the horn. I wrestle the handlebars hard right, fall off the road, and bury my front wheel in heavy sand. My heart runs like a jackrabbit. Death, I saw your eyes!

I pad around the town, doing tourist things until evening. There is a group of us on the beach, gathered to celebrate the full moon. We all raise a glass in salute when she breaks free from the clouds and sails into the clear.

I wonder how many generations of humans have crept to the edge of this jungle, to where the black ocean meets the bright sand, and looked up at the curvaceous moon. Through how many rituals have they danced, in worship or in meditation, and sought enlightenment, not far from this same shore? The ruins down the beach speak silently of many centuries of human reverence, hope, and sacrifice.

I stay awake thinking these thoughts while everyone else drifts off to bed.

But when I finally do sleep, I dream of Icarus. He enters my room as a frightening apparition. Every ancient culture, says Matthiessen, has some iteration of a birdman, or a Thunderbird, or a god with wings. In the dream he is big, his wingspan enormous. Their tips scrape the walls, rasp against the woven ceiling. He is wearing his bird mask. He cocks his head to look at me; his eyes are bright behind the long, sharp beak, wicked enough to draw blood. Death and temptation whisper in his wings.

Wordlessly he urges me to fly. I can sense the impatience in his powerful form—the way his feathers vibrate along their hollow bones, the quick bright jerks of his hands and his head. He turns his back to me, and I study the lattice of muscles along his supple spine. I long to take hold of him, to go where he’s going, but I do not move. The wings rise higher. A rush of air, and I wake, and he is gone.

Suddenly I am grateful, just for being here, for being present to watch the sunlight stroll through the blinds and across the bed. I stretch, feeling every muscle, smelling the sea on my pillow, feeling a few grains of sand scraping around my feet. I am willing at last to stay grounded, earthbound, to let enlightenment go in favor of simply waking here on earth.

It is immensely peaceful, this surrender—to go from straining after the heights to just being.

I don’t have to follow the path of Icarus and the lammergeir and the hawk. Enlightenment is sexy—who wouldn’t want to make love to a god? But in chasing after his airy embrace, I was overlooking the gorgeous gifts offered by my sweet, ordinary little life. Waves cresting over my head as I dive. The solid feel of the bicycle seat. Sweat on my skin. The bowing of palm trees in the wind.

I wonder if that’s what old Hui-Neng was trying to teach his students, and I turn again to Matthiessen, who has climbed to the roof of the world and then returned. He tells me:

“In this very breath that we take now lies the secret that all great teachers try to tell us…the present moment. The purpose of meditation practice is not enlightenment, it is to pay attention even at unextraordinary times, to be of the present, nothing-but-the-present, to bear this mindfulness of now into each event of ordinary life.”

It is not exactly what I wanted to learn. But isn’t that always the way with our teachers?

None of these things.

It is my mind. 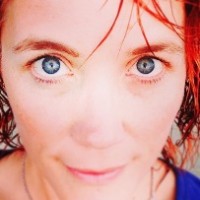