The Power of Solitude. 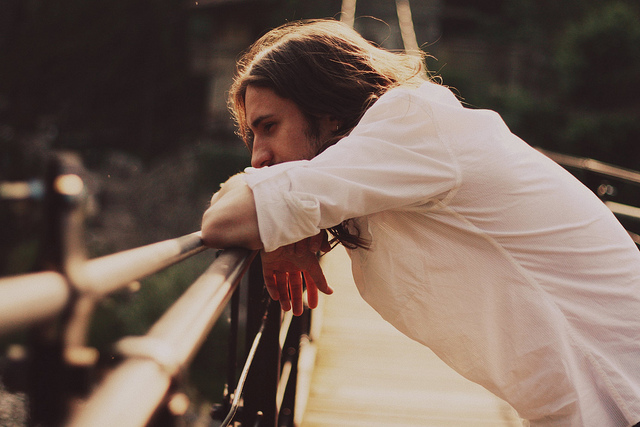 Solitude has been my greatest teacher.

It has offered me a new direction, a new path, a new light. In allowing myself the space and time to ponder deeply, to acknowledge who I am beneath the veil of culture, I have grown as a person in ways that I couldn’t have possibly anticipated.

Solitude offers us the opportunity to observe ourselves in a way that may not be possible while we are moving in total accordance with the culture that surrounds us. To be immersed in the societal curve, caught up in the energies of groupthink, is to make it much more difficult to really introspect and inquire into our deeper nature.

When we remove ourselves from the particular culture that we were born into, more so in an existential sense than in a physical sense, we seem to predispose ourselves to personal and spiritual evolution insofar as we cease to be held back by the conventions and standards of society.

We put ourselves in a position to be more ourselves, so to speak. In detaching ourselves from the cultural paradigm, we give ourselves the chance to learn what it is that we truly want, being that those passions, desires, and sympathies are no longer affected by the world around us.

We can finally stand alone, and be comfortable in that aloneness.

After being diagnosed with a complicated and deeply debilitating chronic illness when I was 18, I got my first taste of true solitude.

Up until that point, I had been a “party boy,” driven predominantly by self-centered desires and hedonistic pursuits. I was not a complete idiot—at least I like to think so—but I certainly was not equipped with the internal resources to meet my fullest potential and become a wholly actualized human being. My world view was basically that we live in an inherently chaotic universe and that the only order to be attained is the order I imposed upon it. In essence, I was being silly.

When we are forced to spend time with ourselves after not having done so for quite a while, it is pure hell. I just couldn’t wrap my head around why this had happened to me. I spent many long nights loathing my existence, hating the fact that I was ever born into a world that would do this to me, but through the sheer sorrow and heartache of it all, something eventually changed in me.

I would be lying to say there was some kind of momentous cathartic release or one fateful moment of truth, for the reality is that it was a slow and gradual process of self-inquiry and investigation that led to me putting a rest to the pain I was experiencing inside myself.

Solitude guided me through this. If I had tried to just muscle my way through all of this and put on a false smile while continuing to some degree what my previous lifestyle had been, I don’t think things would’ve worked out. In fact, I’m fairly certain I wouldn’t be here today if that was the case.

Four years later, I’m still contending with this illness after a few back and forth stints of temporary recovery, and I feel okay. I have what it takes. I can deal. I can feel good, even be profoundly optimistic and grateful to simply be a part of this life. I’m not a passive observer in some absurd and disjointed universe, rather I am an intrinsic aspect of it all, an active participant in the flux of this eternal force.

The self-loathing and suffering I was experiencing arose through the illusion that I was nothing more than an isolated ego entity, an individual person comprised of a series of jumbled thoughts and a decaying physical body, which simply is not the case. The truth is that we are singular manifestations of one vast, infinite consciousness. Our essential nature is that it is entirely nameless, formless, and deathless, and if we are to find some way to tap into this, to align ourselves with the deepest depths of our being, then a completely different frequency is evoked in our lives.

For me, this came with a tremendous sense of peace, an innate understanding that in spite of the suffering I was experiencing, everything was going to be okay somehow. All of human suffering, psychologically that is, arises from our lack of understanding as to who and what we are most deeply, and this was made most clear to me when I disassociated myself from the culture that I grew up in.

We don’t need to live in a cave or become a hermit to come upon this understanding or to expand our perception, but we certainly need to let go of the cultural assumptions we have inherited and alleviate ourselves of this groupthink mentality. No laws need to be broken. No coups need to be made. No chronic illness need be experienced.

Look at the world and yourself with as objective a lens as possible and assess how you are and what you are doing—and if it feels right. It’s just a feeling, but that feeling needs to be allowed to express itself, and for me, solitude was the answer to this.

I’m not talking about physical solitude, although sometimes that may be necessary. I’m speaking of an inward solitude, a solitude of the heart and spirit.

Solitude is not loneliness, in fact I’ve felt most connected and most capable of love for others when embodying this state. Solitude is ultimately the allowing of our most deeply rooted psycho-spiritual processes to manifest without being suppressed by the culture at large, and when this is successfully achieved then we feel really f*cking good!