This is How to Constrain Trump’s Aggression. 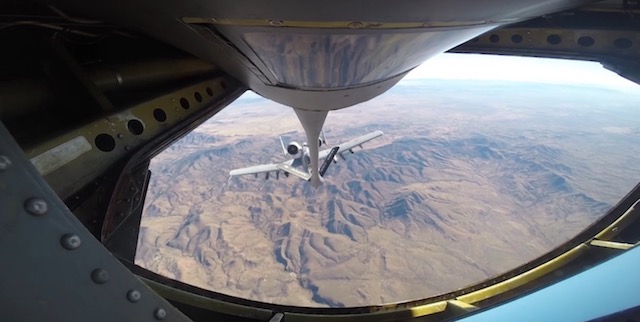 If ever Donald J. Trump has his finger on the button, so to speak, we can only hope he will find himself constrained by a multitude of impulses and institutions that soothe his nerves and bring him back to reason.

But whereas most political leaders are embedded in a nexus of overlapping constraints preventing their use of force, Trump remains unusually free from checks on his impulses. And the recent support for his strikes in Syria only weaken any constraints that previously existed.

The first level of constraint happens within leaders themselves. They feel anxieties and discomforts over going to war. The source of these anxieties may be empathy for possible victims or fear of unexpected outcomes. They may be cautious about the things they do not know or feel uncomfortable with the conflict of war itself. But Trump seems to possess none of these constraints.

The second level of constraint is social. Leaders are constrained by moral principles, which are activated in the process of reasoning through strategies and possible outcomes. They are constrained by advisors who present conflicting views and by the simple trouble of getting things done, a great portion of which involves bringing their own team on board and coming to the public with a coherent plan. But Trump also lacks most of these constraints.

The third level of constraint is legal. Political leaders must convince their cabinets and legislatures, and they must present a coherent case to the United Nations and other international organizations for going to war. The legal constraints involve further processes in which reason and morality might slow the slide toward war. The discussion that occurs at this level tends to be most heated in democracies, where the legislative process of debate activates reason and morality, whereas before they may have been obscured by prejudice and offense, adrenaline, and ego.

It is perhaps for this reason that democracies virtually never go to war with one another. Two countries, reasoning through the pros and cons of obliterating one another, usually back down and find some other means of settling their differences. But Trump has a penchant for ignoring legal constraints, because he does not understand them, does not believe in them, and knows he can accomplish little under the rule of law.

The fourth level of constraint is environmental and is comprised of an array of forces, including strategic calculuses, geopolitical relationships, military capacities, and the terrain of foreign adversaries. Whereas most world leaders are highly constrained by such factors, American presidents are usually free of them due to the size and strength of our military behemoth—all the more so when they are willing to overlook what constraints actually do exist. And here we find Trump again, blustering his way through what might otherwise receive more careful study.

Many of these constraints are integral to our humanity and keep us in relationship where the free play of emotions might otherwise tear us apart. But many are the result of developed democracies setting a higher bar for waging war. Together, these inner and outer mechanisms bind us together and preserve the peace. They constitute, in a sense, the foundation and precondition for all human society. Wherever these mechanisms are absent, we should prepare ourselves for random acts of violence and senseless acts of the moody. But we should also get to work binding together our common humanity.

Trump has already used force recklessly in Yemen and Iraq and set the country on a warpath with North Korea. Applauding the broken clock for being right this one time, when the next minute we can count on him being wrong again, virtually guarantees a more dangerous and improper use of force in the future. Dismissing the likelihood of his next attack as mere speculation, in favor of a momentary constraint on Bashar al-Assad’s use of force, is at best short sighted, and at worst fanatical. But it is to be expected, for the same forces that might constrain a president are the very forces that constrain our own impulse to violence.

The use of force is intimately tied up with a cascade of hormonal and biochemical chain reactions that obscure our reason and blunt our horizons. The world becomes to us a minefield of objects we must manipulate and guard against. We become hyper-focused on single issues. And our attention becomes spatially and temporally contracted, blinded to the deeper consequences of any single action. It is for this reason that a leader like Trump might win the accolades of adversaries for impulsive acts of war where another more responsible leader would fail to find support.

When leaders are released from these ordinary human constraints, the societies they govern all too often also throw off the mask of reason and join in the tribal march toward war. But history has shown repeatedly that the impulsive drive toward violent solutions is all too often rewarded by the unwelcome constraints of reality—what Trump likes to refer to as fake news. And it has also shown that even a nation in the throes of genocide might be pulled back from the brink and ultimately constrained.

The greatest danger for the world today may be that Trump becomes a wartime president, with all of the freedom from constraint implied therein. For it is only in war that Trump’s tyrannical tendencies might reign supreme. And it is only through surrendering the constraints we might otherwise exercise on his power that he can gain the support needed to carry out his agenda.

It is quite possible the strikes on Syria will, in the end, amount to a mere pockmarked runway in the middle of nowhere. It is possible they will even exercise some mild constraint on Assad’s own willingness to kill en masse. There are many intelligent and decent people who support them for just this reason. But it is also possible this one small action will become the precedent needed for a whimsical declaration of war on a far more powerful and unpredictable state like Iran or North Korea. The rush to war is addictive, after all—and all the more so when even your enemies praise you for it.

Thus, constraining Trump’s aggression will require the careful use of institutions and reason. It will require the press to demand they be made a part of his decision-making processes. It will require legislators to push him to choose reasonable advisors with minds of their own. It will require citizens to challenge him to justify his actions through moral principles. And it will require philosophers and spiritual teachers to remind us all of the ties that bind us together. The illusion of authoritarian power starts, after all, with the idea that each of us can go it alone.

The more we emphasize our interconnections and the social forces that check our aggression, the more we can pull the country back together.

7 Underrated Qualities of a Healthy Relationship.