Black Men Bear the Brunt of Racism in America Today. 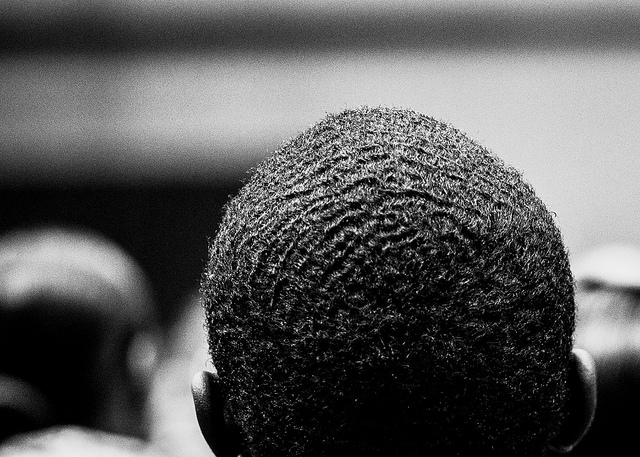 “If we want to begin to be able to break the ties between school and jail, we must first create educational systems that foster kids’ identification with school and encourage them not to abandon it.” ~ Ann Arnett Ferguson

Black men bear the brunt of racism in America today, as they have for countless generations since the era of African American slavery.

Despite the Emancipation Proclamation and the Civil Rights Movement, African Americans are still discriminated against today, both in school and in the so-called justice system.

Statistics from a 2015 report show that among black young men, one in nine were in prison, compared with less than two percent of white young men. Black male students are the group most likely to be labeled as intellectually, emotionally, or behaviorally disabled, and least likely to be nominated for talented and gifted programs. They are, by far, the most likely to be in disciplinary trouble in the majority of schools in America.

Bad Boys: Public Schools in the Making of Black Masculinity by Ann Arnett Ferguson explains how the stereotype of the African-American “bad boy” came to be. The author analyzes the disciplinary system of punishment at Rosa Parks School, an intermediate school (grades four to six) in Arcadia, California.

Ferguson believes that troublemaking is reclaimed on the part of the students to “recoup a sense of self as competent and admirable in an institutional setting where they have been categorized as problems or failures.” Ferguson points out that “for one boy [the white one], ‘fooling around’ behavior provides the balance between being a ‘real’ boy and a ‘goody-goody’. While for the other [who is black and at-risk], the same type of conduct is seen through a different lens as ‘inappropriate, loud, disruptive.'”

Ferguson also explains that when white boys break the rules, school officials attribute “innocence to their wrongdoing,” and claim that “they must be socialized to fully understand the meaning of their acts.” In contrast, when black boys perform their masculinity, their acts are adultified, their transgressions bestowed with a “sinister, intentional, fully conscious tone that is stripped of any element of childish naïveté.”

Black English is not recognized by Rosa Parks School as an acceptable medium of communication and is typically described by teachers as “bad English” or “ghetto talk.” Received Standard English is expected to be used in school settings, and African-American children and teens are frequently punished for using African American Vernacular English (also known as Ebonics) in the classroom.

Ferguson argues, “Many black children are forced to choose between identification with school or with family and social group…a decision must be made to adhere to one source of knowledge and become alienated from the alternative. Most children become bidialectical or bilingual, switching between the two.”

When Alice Goffman was given an ethnography assignment as a sophomore at the University of Pennsylvania, she dove in head first.

Her 2015 book, On the Run: fugitive life in an American city, was the result: an account focusing on the impact of probation and parole practices on one community, where living under fear of capture and confinement shapes community members’ lives. The book hones in on the existence of the men who go in and out of prison, detailing their incessant maneuvers to evade being recaptured, and investigating how their fugitive behavior affects their lives, families, partners, and communities.

Goffman moved into an apartment in a mostly-black, low-income neighborhood in Philadelphia and became a part of the community. She witnessed 24 police raids, including one in which the author herself was handcuffed.

The principal figures are Mike and Chuck, two 20-something black men with whom the author became close friends and roommates at times. Chuck and his two younger brothers were familiar with the local jails and juvenile detention centers due to their mother’s problems with crack addiction. Although Mike’s family upbringing was more stable, he, too, resorted to selling crack after losing a warehouse job. During the one and a half years he was not behind bars over a five-year period, Mike was required to appear in court 51 times, living under the constant shadow of warrants for his arrest.

Goffman discovered patterns amid the chaos and recognizes that the young men in this community feel hunted and spend most of their energy attempting to avoid the police.

Chuck advises his 12-year-old brother: “You hear them coming, that’s it, you gone. Period. ’Cause whoever they looking for, even if it’s not you, nine times out of 10 they’ll probably book you.” She describes how the boys and young men chase each other through the neighborhood in order to practice escaping from the police.

Goffman acknowledges that her title phrase, “on the run,” describes only half of the story and explains how the phrase is used interchangeably with the term “caught up.”

Once a person is booked in the correctional system, it is nearly impossible to escape being on the run from, or caught up and compromised legally. She depicts the police threatening and using violent force or destroying the property of family members who refuse to reveal incriminating information about their loved ones. Police interrogation tactics often involve “threats of arrest, eviction, and loss of child custody.”

Due to the disturbingly misguided “war on drugs” policies that have dominated society for over 20 years, the criminal justice system has invaded the lives of young black men, among others. States are empowered to be punitive and give unfairly different sentences to those caught with powdered cocaine versus crack cocaine. The war on drugs seems to have resulted only in astounding numbers of men in prison. There is no end in sight for poverty or the drug trade.

After six years of up-close observation, Alice Goffman concludes that “a climate of fear and suspicion pervades everyday life,” with the result that “a new social fabric is emerging under the threat of confinement: one woven in suspicion, distrust and the paranoiac practices of secrecy, evasion and unpredictability.”

A major restructuring of the systems of education and penalization in the United States is urgently needed in order to produce thoughtful, actively questioning citizens and a fair and just society.

“The question we now need to ask is clear: How do we emerge from the wreckage left by a public policy that posited young black men as the enemy?” ~ Malcolm Gladwell

On the Run: Fugitive Life in an American City