How Common Sense can Help us Navigate Fake News. 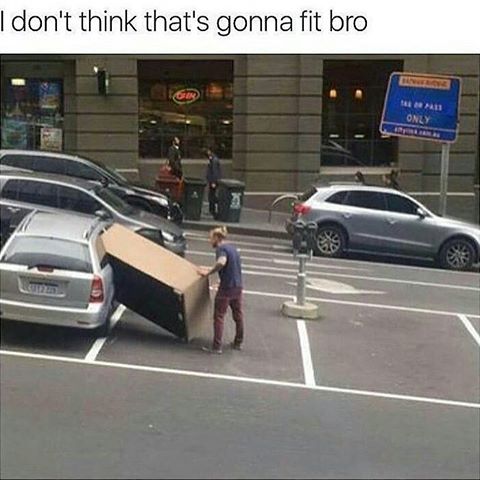 Recently I was talking to a couple of my friends about elephant journal and their reaction was, “Yeah great, but that’s all just common sense.”

I agree, some articles are common sense. There is often no new big idea, and if there is I most likely disagree with it. So why does it seem to some of us that most of the elephant journal articles are just stating the obvious? This article has no intention to do otherwise.

The same goes for the quotes we share on social media, which are often poetically written by a public person. This is why we like them so much—because they are sexy reminder of the obvious. They comfort us in our existence.

This is what common sense feels like. And if some people find some quote, speech, or article inspiring, then maybe we’ve just got one fellow closer to the truth.

And the thing is, the auditorium of elephant most likely feels this way. Those articles remind us of facts and ideas that were deep down inside us, but that we have yet to explore—or at least in a while. That’s why we need to export these ideas beyond the choir, to remind people of some the brilliant ideas that have been silenced too long.

“Never doubt that a small group of thoughtful, committed, citizens can change the world. Indeed, it is the only thing that ever has.” ~ Margaret Mead

We are all aware of the five traditionally recognized senses: sight, taste, smell, hearing, and touch. We could also consider the sixth sense of extrasensory perception, like intuition, telepathy, or clairvoyance.

But when it comes to common sense, most of us think we have it. We must have it; we are alive; we function in society; what else do we need? We are not perfect, but who is?

There might be a general misconception of what common sense is. Is it a sum of all the aforementioned senses? What is so “common” in this sense? Is it cultural? Is it “precious”? Is it all intuition?

I am lucky to have friends from around the world and was curious what their input would be, so I asked around. Among the responses I received: “It’s like stating the obvious,” “It is a set of self-preservation reactions,” but I also got a lot of, “I don’t know” and, “It’s probably culture-specific.”

I was interested to find that some confused common sense with common courtesy—which is also missing quite a bit these days.

Is everyone’s common sense one’s own? Or is there a consensus on common sense? Is it a range of abilities, or does it encompass some basic skills?

Common sense is a universal truth, a set of common ground tools we can all have access to.

Lately it seems that a lack of common sense is becoming more and more apparent.

My friends and I are not more educated or more intelligent than any other people, and we will most certainly not swear that we know everything, or that we have never made a mistake, or that we have the power to give the reader instructions on how to navigate through life.

But, for my part, I think common sense is not that common in the sense that not everybody has the same experience. I have a tendency to associate it with practicality, logic, and rationality. I can be pragmatic, but I also like fiction and all things magical, which I know are not real.

The second aspect of common sense is being practical: If you only have a $5 bill, then you cannot buy an $8 sandwich. If you have a screw, by looking at the head of it, you could probably figure out which screwdriver you need to take it out. If the water is hot, you know you can’t put your hand in it. These are common sense examples of practicality that we have acquired.

The same way we lack common sense, we lack logic and practicality.

Common sense requires a trial and error type of reasoning. And more than common sense, maybe it is this act of reasoning that is lacking in our society.

Higher education and intelligence do not necessarily make you capable of basic reasoning. You can be missing some spatial logic. Tetris wasn’t your favorite game when you were young; that’s fine, but that massive shelf you just bought at the furniture store will definitively not fit in your Smart car.

Common sense is some sort of general life skills. It is entirely learned behavior, hence it is equally accessible to anyone who wants it. Common sense comes from the analyses of our environment, the conclusions we draw for ourselves about certain experiences in our lives, and also about mundane daily experiences. May it be politics, the way we dress, the way our body looks, the way we choose to eat, or the people we choose to keep as friends.

“All men by nature desire knowledge….Man is by nature a social animal….Society is something that precedes the individual.” ~ Aristotle

Everything from food, clothes, beauty, news, politics, and art comes to us in such a pre-digested, pre-interpreted, pre-opinionated form that we don’t have this need to ask ourselves what we truly think about the world we live in. We do not have this need to go and experience it for ourselves. Pre-digestion of information has led to a precious lack of common sense.

In addition to that, fear of not belonging keeps us from expressing thoughts or opinions that differ from the majority. We are so worried society might lock us out for expressing our identity, our opinions, that most of the time we just absorb and falsely identify with what society dictates, without even analyzing it further.

More than the fear of self-deception, there is the fear of social disconnection. We have become risk-averse, and in doing so have dulled our experience of life. It takes more energy—I have to give you that—but it is worth it! For our own good!

In the end, people believe what they want to believe. But by providing better content and information out there, hopefully they will eventually stumble on the truth.

Gaining common sense obliges us to forget everything we know—all the intellectual knowledge and culture, and to replace it with experience.

Culture is not just reading books, attending many years of university, or traveling the world. Yes, that helps, but experiencing the world around us, by ourselves, talking to other people, facing differences of opinions, and realizing that there is a big world outside our little bubble. This is uncomfortable, but it forces us to build ourselves, and forges our identity.

We make our own opinions. It is impossible to have an opinion about everything, and it is perfectly fine to admit when we don’t know something.

If that happens, common sense would probably tell you to research about the topic before you give your opinion. It is never too late to learn new things, or to open a textbook. Curiosity is key. Being willing to consider different and often conflicting perspectives can only help us to grow. Your common sense could tell you to go against some widely-held societal beliefs, and that is fine.

“Because of changes in the media, everybody is listening to people they already agree with, and are further and further reinforcing their own realities, to the neglect of common realities. Let’s allow ourselves to have a healthy debate and then find a common ground. Stop listening to only people who share your opinion, your reality. Do not neglect other’s reality.” ~ Barack Obama

President Obama invites us to become cognizant of fake news while being on the alert to let more voices in, rather than keeping others out.

The capacity to be present and be aware of the situation is the essence of common sense.

We need to become more constructively critical of our surroundings. We can’t teach common sense—it’s an individual’s duty to pay attention to signs, signals, and evaluate our environment, and not to feed the illusion fabricated by society.
~ 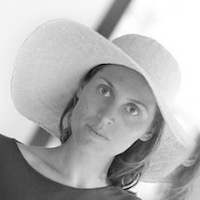