I have been Violated a Thousand Times. 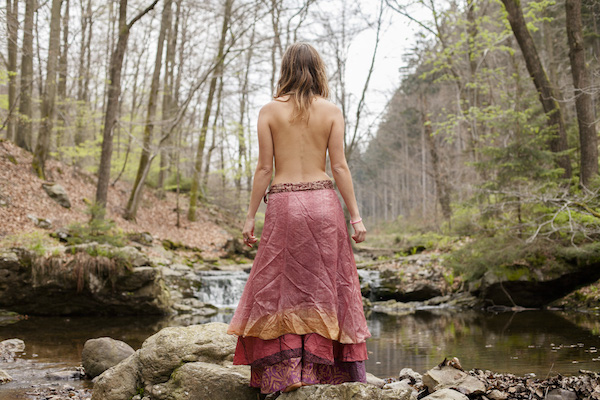 I have been violated a thousand times.

And I was my own abuser.

With nearly every man I have ever had sex with, with each one of my former boyfriends, there were countless moments of me wanting to say “No.”

I have swallowed most of my “no’s” for years. Because I liked or even loved these men, and I was convinced that I needed to please them so that they would love me back. I did not want them to feel rejected, so I took responsibility for their feelings and ignored my own.

Afterward, I would feel disgust and shame, but by pretending to smile, I made sure my partners would not find out. I was too scared to lose them. I was convinced that I had to give away my body as a price for connection.

My body was not respected in my childhood, so I probably feel the word “no” come up more often than others with a non-abusive past. My body and my being need a lot of time to learn how to trust a man fully. Time that I thought I never had.

I prioritised pleasing the man over taking the time to learn how to trust him. I was so unconscious that I did not even know that I didn’t trust him. I just longed for connection so deeply that I was ready to let all of my boundaries go.

And in each of my relationships, a moment would come in which I had accumulated hundreds of “no’s”—all swallowed down my throat and hidden in my inner world. These were those moments in which the “no” gained so much power that I lost control over it. It became bigger and grew into a energetic wall. It made me push the man away from me and close myself off for months. No more sex. And neither of us had any idea why I was acting this way.

It took a lot of conscious exploration of my psyche to finally understand how many times I had let myself be abused.

I became my own abuser because I had forgotten about the importance of my emotions: I forgot my self.

Now that I knew, I promised myself never to swallow a “no” again. I met a man and even before we got intimate with each other, I shared with him that I would need a lot of time to start trusting him. He seemed to understand and held space for my fears. So for the first time in my life I dared saying “no” when I felt “no.” Each time that I felt he respected my negation without showing signs of anger, each time he took responsibility for his own feelings, I felt myself opening up further to him.

After a three week journey together, finally our last night arrived. And for the first time, I felt my whole being saying “yes” to give myself fully to him. After a long foreplay, we were both naked, kissing each other passionately, when I suddenly felt a strong “no” rising up from within. I felt confused and guilty at the same time. The thought that I would ruin his pleasure by stoping in the midst of it still felt highly uncomfortable. In the past I would have continued and tried to make the man come fast so it would be over. This time it was different.

He was so attuned and also prepared because of our many open conversations that he felt the switch of my emotions. He looked at me and said: “You can still say no. Even now. It is okay.”

I had not expected this. I felt so respected and loved that I cried a thousand tears of relief. I cried and my body shook for all of the times that I had not allowed myself to say “no.” I cried for a thousand times of unconscious abuse.

And then I smiled. Because I had found the first man that I was able to trust fully. He respected me because I had respected myself. He held me the whole night, and we parted the next morning. It was never meant to last, but it was meant to teach me that there are wonderful, attuned men out there and that I can learn to trust in my self and in my “no.”
~ 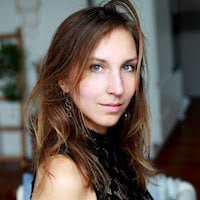 Alice Dea is a consciousness explorer who shares her wisdom on the website A Whole New High. She is also a photographer, artist, writer, creator of the Ghetto Tarot, self-awar… Read full bio