I’m Beautiful & I’m not Afraid to Say It. 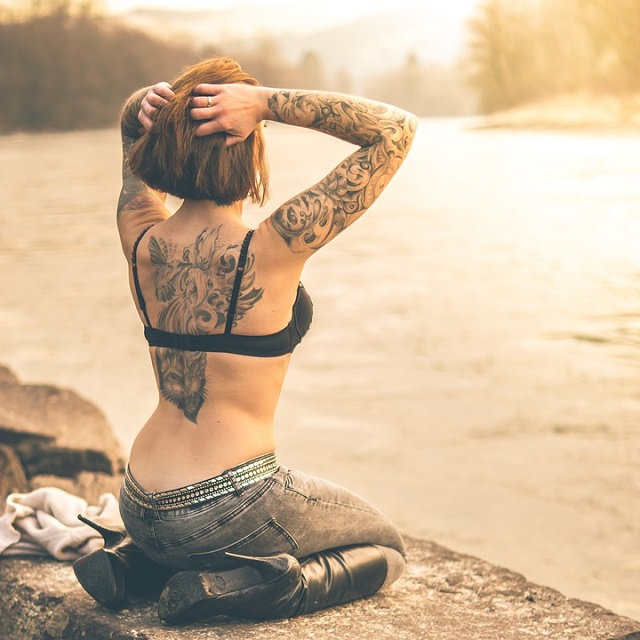 I’m going to confess something that a lot of people aren’t going to like right now: I know I’m beautiful.

Maybe I’m not traditionally beautiful in every way (I don’t know if it’s possible to be), but I do think that my face looks nice, and I’m proud of the work that I’ve put into my body at the gym.

We live in a society that glorifies self-hatred. This is especially true for women, because we are constantly bombarded with the message that we are not good enough. But this experience is true for men too.

We must have plumped up lips, fake eyelashes, and makeup that creates the illusion of looking like we aren’t wearing makeup. We must be sexually available, but not promiscuous. We must be mothers, wives, daughters, students (but not perfect students), making money (but not so much money that we intimidate the men). We must be hard and soft all at once.

We must be something that is perfectly impossible to be, and if we fail to be it, then we aren’t good enough.

And somehow, if we do manage to succeed in fulfilling one of these ideals, we are expected to act oblivious to the fact that we did. A traditionally attractive woman is still expected to blush at a compliment that she receives and say, “Oh no, me? No, I’m not that pretty.”

The One Direction song “What Makes You Beautiful” asserts that the thing that makes a woman most beautiful of all is not having this bride of Frankenstein body that we’re expected to have, but rather it’s being unaware of the fact that you have that body. In movies and television, it’s not the girl who knows she’s beautiful who finds love and happiness in the end, but the girl who’s self-conscious about the way she looks in that outfit, the girl who doesn’t think that she deserves happiness specifically because that other girl is so much more beautiful than she is.

Self-consciousness is rewarded in our media, and maybe that’s because so many of us are plagued with self-consciousness—and why wouldn’t we be? We’re surrounded by the message that we should be! But at the same time, why can’t we be proud when we do manage to succeed?

We should not be spending our whole lives constantly reaching for this unattainable definition of what we should be, of course, but when we are successful at something—whether it be reaching a definition of beauty that we’re comfortable with, or achieving something in our career, or proving that we have an impressive intellect—why can’t we be aware of it? Why can’t we be happy about being successful? Why can’t we brag a little bit; we’ve earned the right to, haven’t we?

Well, perhaps the reason is that we as a society are so afraid of hearing someone brag about their success because we worry that, in doing so, they are inherently putting someone else down. And, yes, sometimes when people brag about themselves, they turn it around and make it all about how much better they are than someone else, and that isn’t okay.

But so long as that isn’t what you are doing, and rather you are merely being proud of your own accomplishments, then why can’t you do that? What’s so wrong with being secure with yourself? Maybe we should allow others to brag about their achievements, rather than making them feel wrong for doing so. Maybe we should celebrate along with them, so long as they are not being cruel in the meantime.

And as much as we should never stop trying to improve ourselves, low self-esteem can be very toxic as well. It can lead to depressive thoughts and cruel behaviour, and more than that, we deserve to be proud of our accomplishments. We deserve to feel good in our skin and our abilities. So recognize your strengths, because you most certainly have them!

Allow yourself to revel in your successes and your abilities and don’t ever feel bad for it.